A deep blue iceberg floats in a fjord south of Tasiilaq in eastern Greenland. The iceberg’s color is a result of compression and repeated thawing and refreezing. Climate change had caused the greatest thaw of Greenland's ice in half a century two years ago.

A UN report said the Ozone layer has stopped thinning. This could be possible because of a 1987 international treaty that banned ozone-depleting substances for mitigating the greenhouse effect, it said. Ozone absorbs most of the sun’s ultraviolet rays, which can cause skin cancer.

Kuwait and Russia have signed a memorandum of cooperation for peaceful use of nuclear energy in the Gulf Arab state. The fiveyear agreement stipulates exploration for metals and establishing nuclear reactors. Kuwait is planning to build four nuclear reactors by 2022, each with a capacity of 1,000 MW.

California has approved building the world’s largest solar power plant. Blythe, estimated at $6 billion, is to be built in the Mojave Desert. Four 250 MW units will generate 1,000 MW, enough to light 300,000 homes. Construction is expected to begin by the end of this year.

An engineer calculated the 2,000,000,000,000,000th digit of the mathematical constant pi using 1,000 computers and a Yahoo-backed cloud computing technology. Nicholas Sze said when pi is expressed in binary, the two quadrillionth digit is 0. The computation took 23 days. On a standard computer, it would have taken 500 years.

An experimental vaginal gel, called PRO 2000, has failed to protect women from AIDS. It was tested on 9,000 African women in a Phase III trial.

Japan’s Nissan Motor and Sumitomo Corporation will recycle used lithium-ion batteries of electric cars. The joint venture aims to lower the cost of such vehicles.

Greece has given a goahead to renewable energy projects worth US$2.7 billion to boost its economy. The country offers subsidies to renewable energy firms but red tape and skewed incentives have led to a backlog of applications seeking to produce a total of 40,000 MW.

Canada has announced that it will list bisphenol A as toxic. The move came on the heels of a Canadian report that found 91 per cent of the citizens tested positive for the chemical in their urine. Used in plastic bottles and as food-can lining, bisphenol A can affect neural development and cause cancer.

Environmental organisations and farmers have sued the US Department of Agriculture over its decision to allow production of seeds of genetically modified sugar beet. They say the verdict violates a court ruling that prohibits future plantings of GM beet. Windblown pollen from the altered crops can contaminate conventional beets, the protestors said.

China has introduced death penalty for food safety breaches. Government officials found accepting bribes and protecting people engaged in food safety crimes will be punished harshly. In 2008, huge amounts of melamine were found in dairy products to give the appearance of higher protein content. The scandal killed six infants. 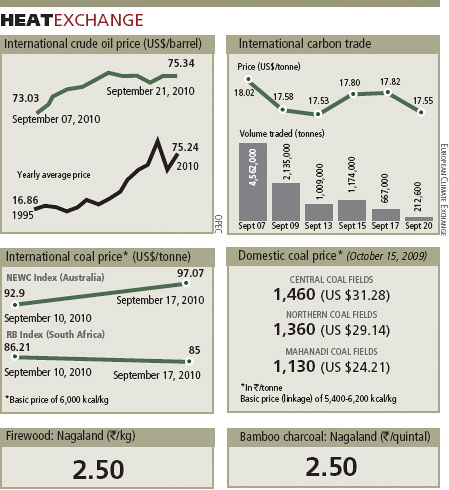