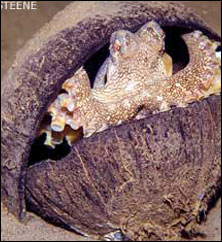 Two pairs of Northern White rhinos were flown from a Czech zoo to Kenya’s wildlife sanctuary in a bid to save the critically endangered species. Eight survive worldwide, all in captivity. The sanctuary would help them breed; one rhino was born in the past 10 years.

Non-profits in Kenya are suing the government for US $26 million for compensation to powerful people, including former ministers, who occupy huge tracts of the Mau forest. The government is evicting settlers from the Mau to save the region’s biggest catchment area.

Armed militants in the Niger delta in Nigeria attacked an oil pipeline, ending a two-month truce with the government. They said the government is delaying peace talks on the pretext that President Umaru Yar’Adua is ill.

With Japan’s controversial whaling to begin in weeks, Australia said it would raise the matter at the Internatio-nal Court of Justice. A court challenge means Japan would have to halt whaling ahead of a full hearing.

China resurrected a decade-old rule saying electric bikes weighing over 40 kg or able to go faster than 20 km per hour should count as motorbikes and the riders would need licences.

A rise in fuel prices and road blocks caused by heavy snow across Afghanistan have driven up food price  by 10 per cent at least, in the war-torn country despite a bumper 2009 wheat harvest.

Iranian troops occupied an Iraqi oil well along the disputed frontier for a week. The oil well is part of the oilfield that Iraq had put up for auction in June and has 1.55 million barrels of oil. This is the first such incident since 1980-1988 Iraq-Iran war.

Lithuania has called for investments to build a new-age nuclear power plant as it prepared to shut its Soviet-era nuclear plant, which meets 70 per cent of its power needs, by December. It is similar to Ukraine’s Chernobyl nuclear plant that exploded in 1986.

In a long-running antitrust case in Europe, Microsoft agreed that starting March 2010 all versions of Windows would come with a choice screen rather than just an already-installed version of Microsoft’s Internet Explorer.

In the latest round of talks for including Turkey in the EU, the European delegation discussed the environment chapter. It said the country is yet to meet requirements, such as adopting legislation regarding water quality, industrial pollution and river basin protection, to be part of the bloc.

A Swiss court acquitted a geologist accused of causing earthquakes while drilling 5 km into the ground to produce geothermal energy. It was put on hold in 2006 after it caused earthquakes of 3.4 magnitude and damaged properties.

Brazil suspended US $5.7 billion in fines for ranchers razing the Amazon rainforest and gave them two more years to comply with laws. A presidential decree in 2008 had set December as the deadline. Authorities said the decision would help them educate ranchers on sustainable development.

A week after 80,000 doses of injectable swine flu vaccine for children were recalled in the US for losing their potency, another vaccine maker recalled its A (h1n1) nasal spray for the same reason. who said the flu has recently peaked in the northern hemisphere with the onset of winter.

Indigenous people in South Australia got back 300,000 ha of native land in Maralinga desert. They were evicted in the 1950s for nuclear tests by UK during colonial rule. It took five years to decontaminate the area. Some fear the land still remains contaminated.