Odisha recorded the most forest fires in India last season

A total of 345,989 forest fires were recorded across the country. 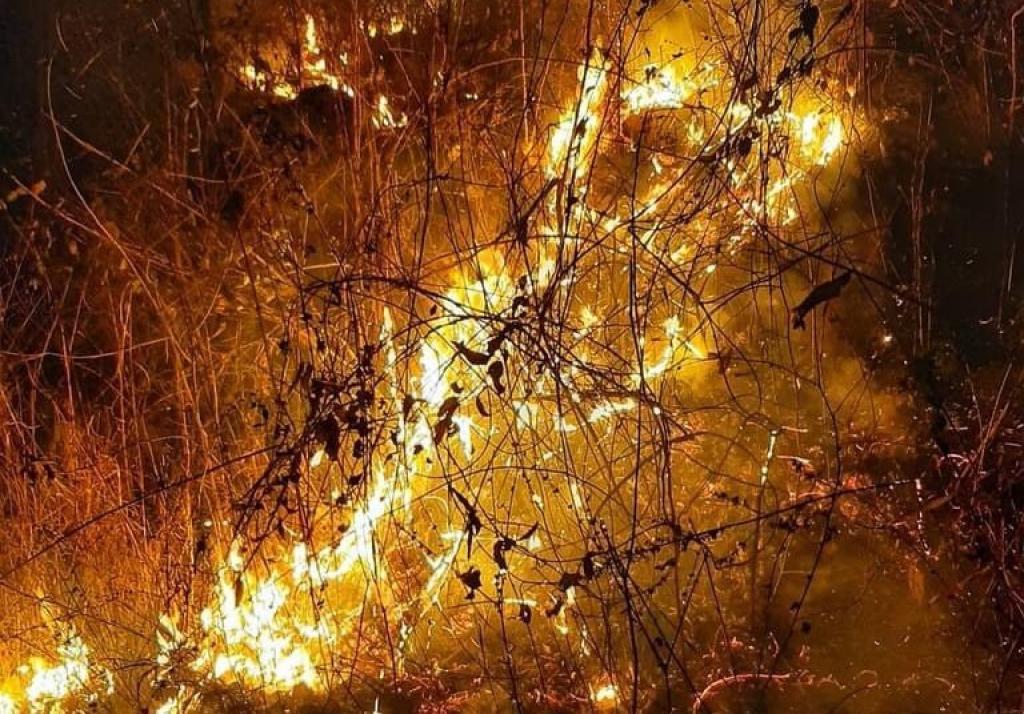 Odisha reported 51,968 forest fires from November 2020 to June 2021 — the highest in India for the period, according to Bhupender Yadav, Union minister for environment, forest and climate change. A total of 345,989 forest fires were recorded across the country.

The losses suffered by Odisha due to the forest fires have not been assessed by the ministry. 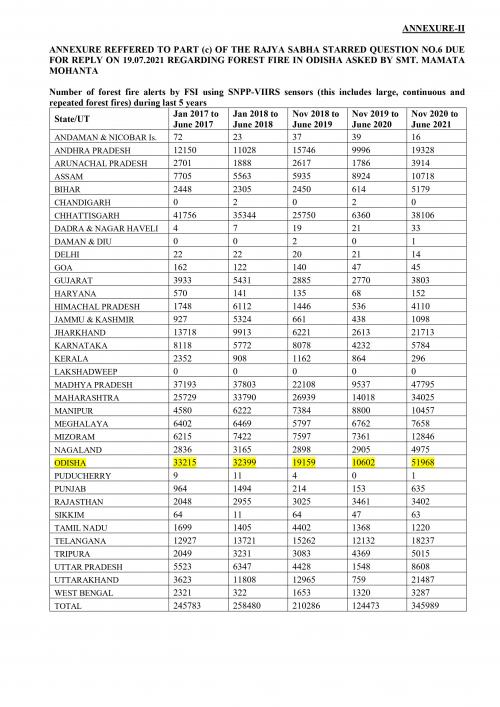 Forest fires occur every year during summer due to natural and anthropogenic reasons, including accumulations of inflammable materials such as dry leaves, twigs and pine needles.

Most of the forest fires in the country are ground fires in which low vegetation gets burnt.

In 2017, the Forest Survey of India (FSI), an organisation under the Union Ministry of Environment, Forest and Climate Change, developed a completely automated satellite-based ‘forest fire monitoring and alert system’ for effective monitoring of forest fires at a national level.

This was equipped with Suomi National Polar-orbiting Partnership-Visible and Infrared Imager/Radiometer Suite sensor-based information. The fire alerts are disseminated through SMS and email to field staff of state forest departments.

Currently, there are around 130,000 registered users for the service in the country, stated the minister.

The responsibility of forest fire prevention and management lies primarily with the states and Union territories since land is a state matter.

The Union ministry supports the efforts of the states / UTs in prevention and control of forest fires by providing financial assistance for various prevention and management measures: Creation and maintenance of fire lines in forest areas, engagement of fire watchers, creation of water storage structures, strengthening of forest infrastructure, procurement of firefighting equipment, soil and moisture conservation in high risk areas, awareness creation and incentivising villages / communities for protection against forest fires.

The FSI has taken several steps to improve the forest fire alert system. It pursued states / UTs to increase the number of registered users of its alert system.