It is time traditional knowledge systems, which were passed on orally through legends and myths, are revived so that local communities can prosper 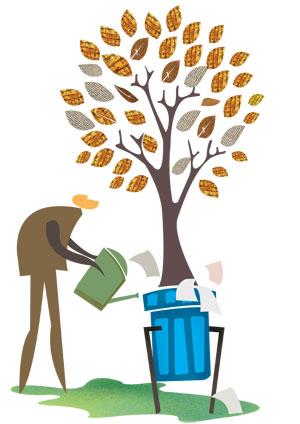 For long, the attitude of Western science was such that it used to call Indian traditional knowledge systems a mere superstition. It was much later that indigenous systems were recognised for their scientific innovations, values and benefits. They are now validated by the international scientific community. These systems evolved over centuries as communities living in challenging environments were able to develop suitable technologies and medicines to strengthen their survival skills.

Situated in the central Himalayan region, Uttarakhand is a biodiversity hot spot. The hill state offers unbelievable vignettes in the fields of architecture, hydraulics, ethno-medicine, ethno-botany, metallurgy and agriculture. Even today, there are many 1,000-year-old, multi-storeyed buildings that have withstood the test of time and devastating earthquakes. These marvels are part of the Koti Banal architecture, where rigid joints are avoided to allow seismic energy to dissipate.

Or take the case of traditional hydraulics—naulas (spring wells), gharats (water mills) and a wide range of irrigation channels. Over centuries, people developed these efficient water harvesting technologies to recharge underground aquifers, for which they simply used chaals and khaals—depressions near the mountain tops. In the middle of the 16th century, when the capital of the Chand kings shifted from Champawat to Almora, around 300 naulas were built.

The spring wells were treated as temples and several rituals were performed to mark their sanctity. And this sanctity forced people to keep them clean. Local communities also cultivated lesser-known crops and medicinal plants. This biodiversity holds immense value for the future of genetics and health and for the pursuit of a sustainable lifestyle.

Recent studies also reveal the region has an extensive village-level iron and copper industry utilising local ores, high-grade goethite, magnetite and pyrites, which are available in abundance. Even a few decades ago, rust-free iron vessels were being manufactured in the Lohaghat area of the Kumaun region.

Traditional knowledge systems are today being gradually replaced with modern lifestyle preferences and unsustainable development practices. For instance, traditional architecture is fast becoming extinct due to the emergence of concrete structures; hydraulic technologies are being replaced by a network of pipes and hand pumps; traditional medicinal systems have given way to allopathic treatment; and, traditional metallurgy has been wiped out by non-stick cookware.

At the same time, ancient medicinal plants are being patented by major drug firms, who do not share the profits with local communities from whose habitats they source the plants. It is estimated that the medicinal plant-drug industry in India is worth about US $1 billion annually. Uttarakhand alone has over 700 such plants, which have been incorporated in the Materia Medica of the Ayurvedic system. For instance, Paclitaxel, a drug sourced from Taxus baccata, is being used to treat breast cancers. There are hundreds of modern drugs such as Paclitaxel that have been sourced from these plants.

At the same time, many firms are exploiting medicinal plants to market nutrition supplements to evade drug patent laws. Is this not a case of biopiracy to exploit traditional medicinal knowledge and local flora to market products under the garb of nutritional supplements at an exorbitant price? Even major cosmetic companies have patented the seeds of ginger to market anti- wrinkle creams!

Traditional knowledge systems were passed on through the oral tradition over centuries, and often through the heuristic devices of legends and myths. So there is a need to document and patent these systems on the one hand, and on the other, it is imperative to prevent over-exploitation and misuse by large corporations. But more importantly, it is vital to evolve mechanisms so that these systems benefit the community at large.

The proper usage of these traditional technologies has the potential to change the socio-economic scenario of the region. For instance, the copper technology of Kumaun dates back to the second millennium BCE and iron to the early first millennium BCE. And even today, there are many copper and iron mines in Uttarakhand, which may not be large from the industrial point of view, but they could provide livelihood to local artisans.

In Almora for instance, members of the Tamta community continue to produce traditional copperware. If the government promotes small smelting plants at local mines, they could help generate copper for manufacturing utensils for the local industry, and handicrafts for the domestic and international markets. Small enterprises can be created based on the concept of cooperatives and the government could start design centres to train artisans.

Similarly, other traditional systems can also be revived. The clean spring water from naulas can be supplied in small carboys at reasonable rates by setting up cooperatives by the local community. Carboys can also be distributed in towns such as Almora, Nainital, Bhimtal and Bhawali, which are today drinking polluted water from the adjoining lakes or the Kosi river.

Efforts should also be made to cultivate the numerous medicinal plants and herbs that dot the Himalayan landscape at a comparatively lower altitude. Such activities will create livelihood opportunities and contribute to the socio-economic development of the region.

Agrawal is director, Lok Vigyan Kendra, Almora, and Rautela is president of SPARDHA, an Almora-based non-profit

The article has been taken from the 1-15 September, 2016 issue of Down To Earth magazine