Plastic litter in oceans to outweigh fish population by 2050 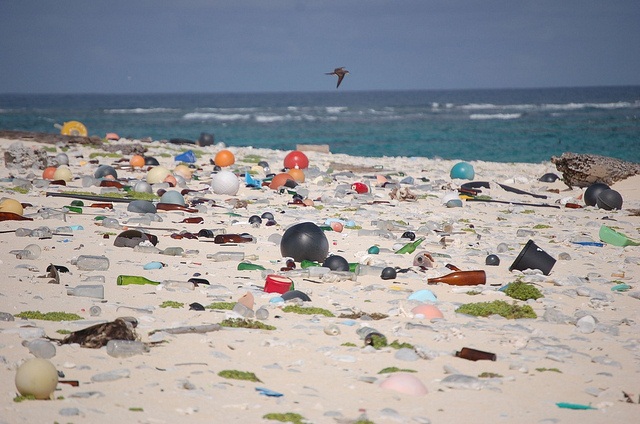 A new report claims that if plastic consumption goes on at the current rate, the weight of plastic clogging the world’s oceans will exceed the weight of all fish by 2050.

The report, The New Plastics Economy: Rethinking the Future of Plastics, was unveiled on the opening day of the annual summit of the World Economic Forum (WEF) in Davos, Switzerland.

According to the report prepared by the Ellen McArthur Foundation and the WEF, “Plastics’ production has surged over the past 50 years, from 15 million tonnes in 1964 to 311 million tonnes in 2014, and is expected to double again over the next 20 years.”

The report is the first of its kind that assesses global plastic flows and makes a case for reinvention of the plastic economy owing to the tremendous waste involved in the current model of production and consumption.

The implications of plastic production and consumption are further magnified by low levels of recycling in plastics (15 per cent) after which only 5 per cent is retained for subsequent use compared to recycling rates of paper (58 per cent ) and iron and steel (70-90 per cent).

The report comes down hard on the economic and environmental efficiency of single use plastics and plastic packaging in particular while noting the tremendous carbon impact of plastics production, considering that over 90 per cent of plastics are produced using “virgin fossil fuel foodstocks.”

“While delivering many benefits, the current plastics economy has drawbacks that are becoming more apparent by the day. After a short first-use cycle, 95 per cent of plastic packaging material value, or USD 80–120 billion annually, is lost to the economy…The cost of such after-use externalities for plastic packaging, plus the cost associated with greenhouse gas emissions from its production, is conservatively estimated at USD 40 billion annually – exceeding the plastic packaging industry’s profit pool.”

Further the reports lays down the ground rules for the creation of a new and more efficient “New Plastics Economy.”

The proposal aims to “deliver better system-wide economic and environmental outcomes by creating an effective after-use plastics economy, drastically reducing the leakage of plastics into natural systems (in particular the ocean) and other negative externalities; and decoupling from fossil feedstocks.”

The report was prepared based on interviews with over 180 experts and through analyses of more than 200 reports. Researchers argue that the current linear model of production and consumption must be brought closer to a circular model in which a collaborative effort between the public and private sectors must ensure that plastics created are both recycled and composted.