Activists are calling for setting up of a multi-member judicial commission to do a comprehensive enquiry into the process of land acquisition, rehabilitation and resettlement 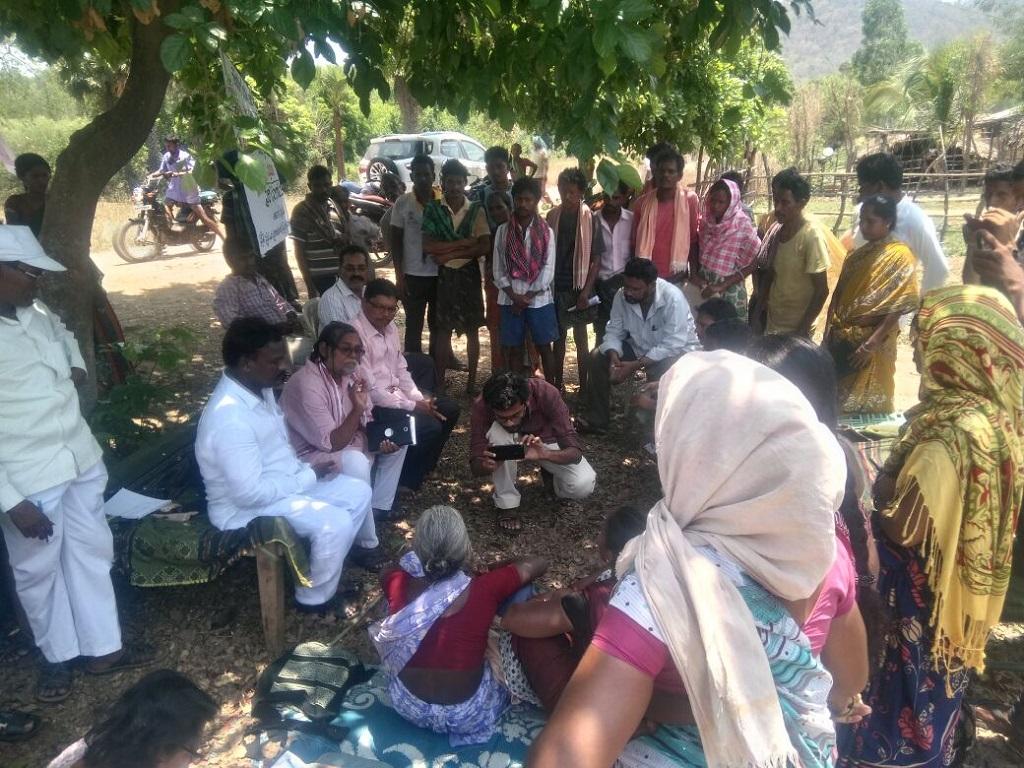 Fact-finding team during a visit to Errapadu village. Credit: NAMP

First, you take away fertile lands from tribal families and displace them under the pretext of an irrigation project, and then, as compensation, shift them to places where land is not fertile and they had no means to eke out a living. So far, the Indira Sagar (Polavaram) Dam project in Andhra Pradesh has been the same development-at-the-cost-of-tribal-rights story. Recently, the National Commission for Scheduled Tribes (NCST) has directed the state to give cultivable fertile land, means of livelihood, enhanced compensation package and proper houses to the tribals affected by the project.

The NCST has directed Andhra Pradesh to improve on resettlement and rehabilitation of 55,000 tribal families displaced by the project—the largest displacement of tribals by a single development project in India. The directive comes after the NCST conducted field visits earlier this year following protests by the representations from social organisations.

The Polavaram project on Godavari River, which is expected to provide irrigation to 291,000 hectares of land, and drinking water to 540 villages, will displace over 300,000 people—including 150,000 adivasis and 50,000 dalits—from 10,000 acres of forestland and 121,975 acres of non-forest land. It has been contested since long for its huge environmental costs. According to official estimates, a total of 117,065 acres of land would be submerged by the Polavaram reservoir. Of this, 3,838 ha prime forest land would be permanently submerged.

During visits to villages, NCST found that alternative land given to tribals in lieu of acquired land is non-cultivable, on rocky terrain and with little or no water. The Commission has directed the state government to follow a “land for land” policy to the maximum extent and provide land fit for agriculture within the command area of Polavaram project.

The Commission also noted that many tribals dependent on minor forest produce were uprooted and shifted to places where there is no means of livelihood. Andhra Pradesh, which has completed 56 per cent of the project, has been asked to provide alternate means of livelihood and concentrate on quality of life in resettlement colonies.

On April 17 and 18, a fact-finding committee, comprising organisations such as National Alliance of People's Movements (NAPM), Adivasi Sankshema Parishad, Human Rights Forum and others visited the villages affected by this multipurpose project. Its preliminary report said that land acquisition for the project was carried out "without settlement of forest rights of thousands of adivasis as per the Forest Rights Act (FRA), 2006, and the Land Acquisition and Rehabilitation (LARR) Act, 2013". 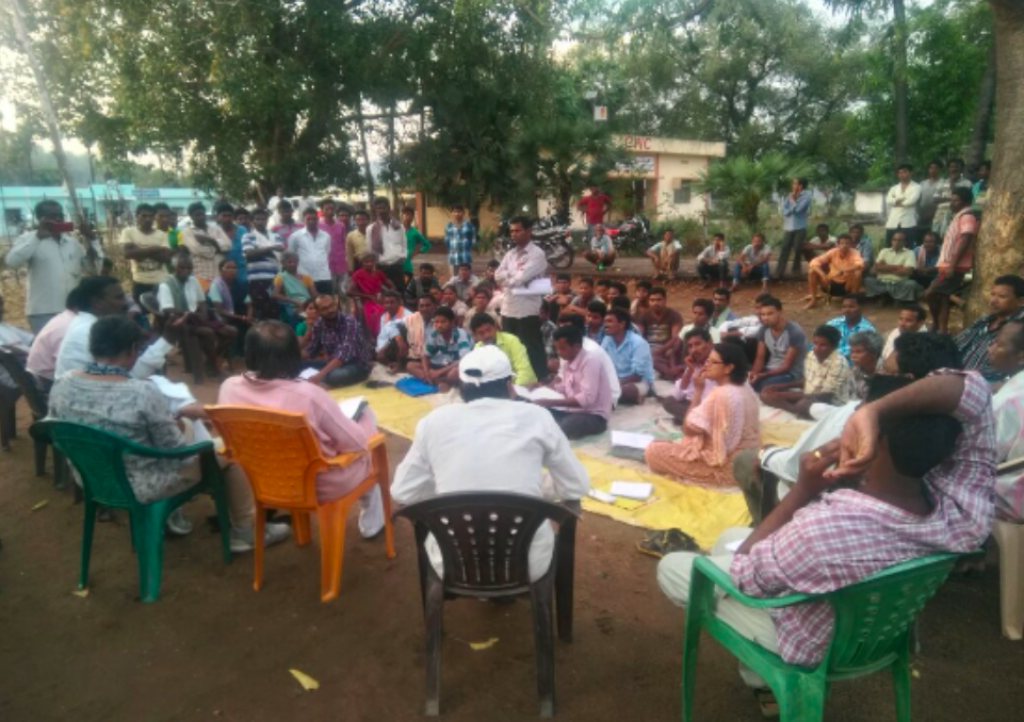 Villagers of Upperu, Koida, Tekupalli, Parentalpalli, Kathkuru and Tekuru complained that their individual forest land claims, which were verified and submitted by the Forest Rights Committee under FRA, 2006, have not been recognised by the district administration even today. There is no clarity on the status / decision on these claims, which is also mired in administrative and jurisdictional issues between Andhra Pradesh and Telangana.

The team observed that instead of providing land as per the LARR Act, 2013, the government is keen on disbursing monetary compensation “which increases the scope for corruption and swindling of those who are not acquainted with the market economy”.

Talking to Down To Earth about his observations after visiting the sites, Prafulla Samanta of NAPM says, “This project has unfortunately helped corruption to make inroads into the region. When we visited the villages, people complained to us about large chunks of their compensation money being 'transferred' to the accounts of local politically influential persons and their associates.” According to the 17-page report by the fact-finding team, “a nexus of village revenue assistants, revenue and land acquisition officers are actively abetting this scam and tampering with revenue records and even award lists, especially with regard to assigned lands given to poor persons. The corruption here, if established, is likely to run into crores”. 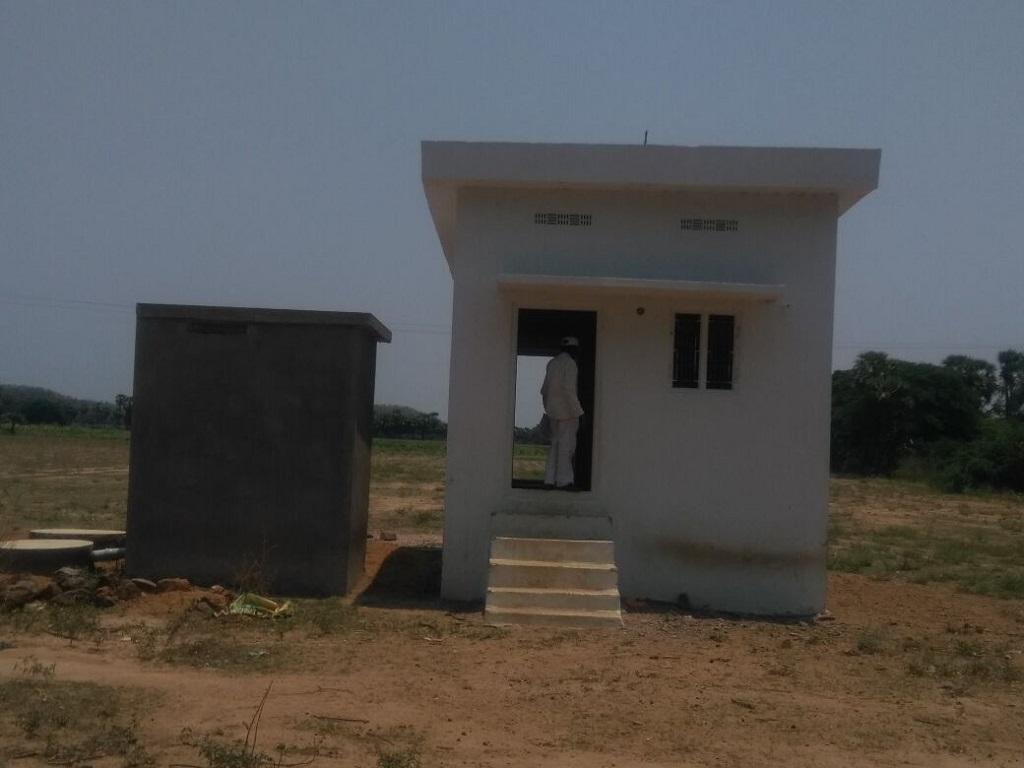 Calling the project a scam of gigantic proportions, Samanta says, "From the moment the land is acquired till the time the displaced people are resettled, evey step is fraught with corruption. You should see the houses being built to rehabilitate the adivasis. They can hardly accommodate two people.” The houses, according to the report, completely disregard the lifestyle of adivasis and rural communities who live in harmony with livestock, forests and nature.

The fact-finding team has observed a worrying trend of corruption allegations being brushed aside as ‘rare cases’ when confronted with evidence. “In a project of this scale, where the lives of thousands of adivasis is to be irreversibly and adversely affected, the Governor, along with the Tribes Advisory Council, ought to play a very proactive role and ensure that 'peace and good government’ in the Scheduled areas does not remain mere constitutional rhetoric but is translated into reality,” the report recommended.

On finding that the state has not developed an effective mechanism “for prompt and fair grievance-redressal at the district and mandal level” despite large number of grievances of diverse nature, the NAPM, in a letter to the NCST dated May 17, urged the commission to constitute a high-powered multi-member judicial commission, “to initiate a comprehensive enquiry into the entire process of land acquisition, rehabilitation and resettlement in the Polavaram Project areas and particularly all the scheduled areas of West Godavari and East Godavari Districts, to bring to light the irregularities, large-scale corruption and violation of constitutional and human rights of the oustees, in particular Scheduled Tribes and Scheduled Castes in these areas as well as loot of the state exchequer and ensure appropriate and timely action and justice”.