Sometime in March 1992, I went to meet Anil Agarwal. He was about to launch a news fortnightly on science and environment called Down To Earth (DTE). But the content of this new fortnightly started taking shape 10 years before, with the publication of The First Citizen’s Report in 1982. Back in Kolkata, a dear friend’s father had a copy and insisted that we read it. The book moved some of us a lot. We were brought up in Kolkata with definitive and traditional Left leanings. This book provided us the first glimpse of poverty in the global South, and its relationship with ecological degradation.

Anil was a hero, and meeting him in person for an interview was exciting. I waited for quite some time. But when I went inside the room, I realised that I was just a small particle (we did not know about PM2.5 those days!) in Anil’s scheme of things. He was busy fixing deeper problems of the world. In between phone calls, he asked me how many plants and trees I could identify. I knew nothing. I was an urban idiot, and I told him so. I thought that was the end. But he assured me that if I were a keen observer, I could pick up this knowledge pretty fast. I thought he was a cool guy and freak enough to be my employer.

Anil sat behind an unusually large table, with lots of books, papers, files and other assorted stuff splattered around. My eyes went down and I discovered that the table was actually half of a table tennis board! Pretty soon, I was to discover that in the great ping pong of the global North-South debate, Anil retained half of the board to himself: the global South was his domain. I was lucky enough to get a glimpse of the fight from the first row.

I was in. When I told a friend that I was going to work with DTE, a new magazine to be published by a non-profit, he laughed and declared that he would give it six- seven issues, at the most 10 issues. Well, the 600th issue of DTE is on the anvil, without dropping a single issue till now.

DTE came into being in 1992. It was the most interesting time in the world history of modern political economy. Closer home, prime minister Narasimha Rao liberated the Indian economy of its “embarrassing inhibitions” about free market. Manmohan Singh, as finance minister, wrote the script, and probably believed that an honest approach to capitalism would bring India out of its low foreign reserve. He did succeed, but with a malaise that was sure to come—a cruel and mindless assault on India’s ecology.

Moreover, 25 years down the line, opposing this assault would be equated with compromising the “security” of the country! But DTE was not about India only.

The early 1990s saw the application of the Washington Consensus—it was about free flow of natural resources, labour and money. The sole objective was to grab the last remaining rich biodiversity of the global South. So, what happened in India had a long chain connected to the boardrooms of multilateral banks, global corporate headquarters and various backrooms in Washington DC, London, Paris, Bonn, Brussels and so on. Global political economy was to be integrated, at any cost.

The inaugural issue of DTE was dated May 31, 1992. Three days later, from June 3, 1992, the first attempt to globalise the world’s environment, the United Nations Conference on Environment and Development, popularly known as Rio Conference started in Rio de Janeiro, Brazil. The new fortnightly from India was distributed among the high and mighty in Rio, with a predictive cover story titled “The Green Farce”. DTE was all about effective journalism, a step towards deepening democracy. We played with forms too. I urge readers to view a round table discussion we did in 1992 on economic liberalisation and its effect on the environment. The quality of the narrative will put any TV discussion to shame.

But the greatest contribution of DTE has been on research journalism. We analysed multiple research on a subject and sent top-class reporters to the field to give face and emotion to cold numbers. Every story had to make a point. On the other hand, it was deeply satisfying to refashion some of the CSE’s substantive original research for DTE—to break down research and give the essence for readers.

Students of journalism should go back to DTE’s cover stories on air pollution, rainwater harvesting and first green rating report to understand how research messages were positioned in the public domain to generate big discussions, debates and some of the big ticket policy changes.

I feel fortunate to be part of a gang of so many great researchers, reporters, writers, designers, illustrators, photographers, infographers that made DTE a phenomenon in journalism. And no one was unimportant, as the focus was on quality journalism. The great thing was that I earned even as I got educated every moment. But looking at the appalling environmental scenario around us today, a nagging question crops up: did we fail in our objective? Or, did we slow down the rate of decay? 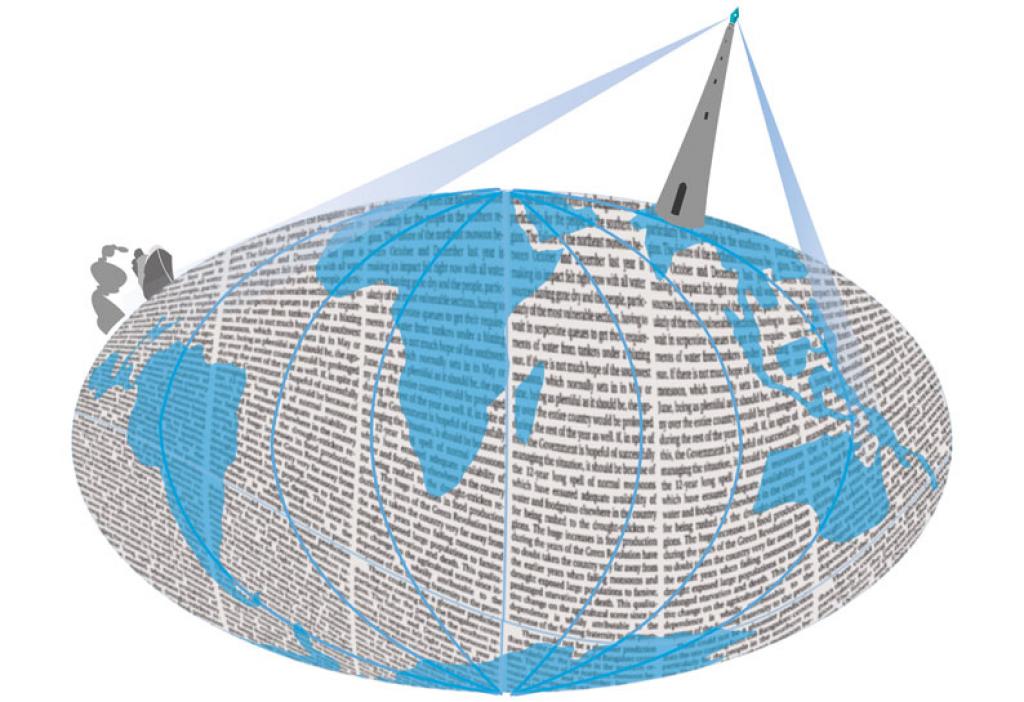