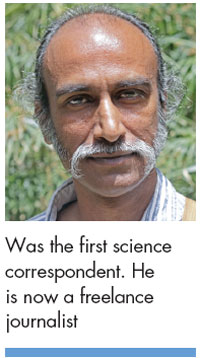 After graduating in physics in 1989, I too, like many of my peers, was contemplating going off to the US to pursue higher studies. But before I plunged deep into the esoteric world of quarks and quasars, I felt like taking a detour into unfamiliar worlds. So I took a year off exploring the hinterland, translating popular science books into Hindi, and teaching physics in an alternative school.

By the time my long digression was over, I was in two minds about going back to school. I was toying with other possibilities, one of them being a science writer, inspired as I was by the writings of Stephen J Gould and Peter Medawar. This was also the time when literary agent John Brockman was turning science writing into a fashionable thing. And as luck would have it, a couple of months after I returned from my wanderings, I was offered the job of science correspondent in a new magazine called Down To Earth. Defying all logic, not to mention the counsel of my well-wishers, I waded into the uncharted waters of journalism.

DTE was fun, and I was given enough room to hone my skills as a science journalist. I was fortunate that Anil, being a trained engineer from IIT, was equally fascinated by science even though he had his own critique of it. I wrote on a wide spectrum of scientific curiosities such as back holes, human origins, Fermat’s theorem and alternative medicine.

However, even as I enjoyed translating technical jargon into poetic metaphors for the benefit of the lay reader, I gradually began to feel a little awkward about the fact that I was merely translating, with as much elegance, clarity and fidelity as I could muster, the arcane ideas of a species called the scientist. I soon reckoned, thanks to freewheeling conversations about the nature of science with my colleagues, especially my good friend, Pratap Pandey, who introduced me to the fascinating literature on the anthropology and sociology of science that I needed to revise my understanding of science. Incidentally, this was also the time when environmental issues, especially debates on climate change, were beginning to stir the imagination of the popular media. And since science and scientists were key actors in this drama, I began thinking and writing about science through the illuminating lens of the environment.

This, I think, was DTE’s first gift to me.

Anil was also a keen amateur ethnographer, and, time and money permitting, he encouraged his reporters to report from the field. His own writings on the Chipko movement, the seminal State of the Environment reports, and the first-rate reportage in DTE’s long career, are testaments to his commitment to field reporting. Even though I travelled much less than the news reporters, I think got my fair share of it. At times, I would be gone for over a month. Once I spent about five days in an ashram in Dehradun trying to make sense of an Ayurvedic alchemist’s claim that a felicitous mix of toxic metals such as mercury and arsenic can cure incurable diseases like multiple sclerosis and cancer. Between my own journeys, and those of my colleagues, I was able to weave a rich and multilayered tapestry of the vast and diverse geography of the Indian subcontinent. For instance, reading stories on the politics of sharing river waters offered a perspective on abstract ideas such as democracy, nationstate, nature, laws, and borders like no other.

This was DTE’s second gift to me.

When I joined DTE, I was guilty of a naïve view of science, thanks in great measure to the way I was taught. Seldom, if ever, did I interrogate the relation of scientific knowledge to truth and, ultimately, to power. It was at DTE that I learned to always keep this triangle in mind while covering any aspect of society, not just its relation to science. CSE’s influential document Global Warming in an Unequal World, regardless of whether one agrees with it or not, further underscored the necessarily complex nature of reality.

This I believe was DTE’s third gift to me.

This is not to say I had no problems with DTE’s editorial view on various subjects. Nor am I suggesting that the working atmosphere was ideal. Like any other work place, DTE had its imperfections. That said, DTE attracted many talented journalists, many of whom are now famous figures. Besides, DTE, unhampered as it was by the tyranny of the profit motive, could afford to practise public journalism more freely than the corporate media.

All things considered, I have far more happy memories than bad. I may not have become a famous journalist or an acclaimed science writer, but, as the saying goes, the journey is its own reward. And DTE, no doubt, had an important role in it. 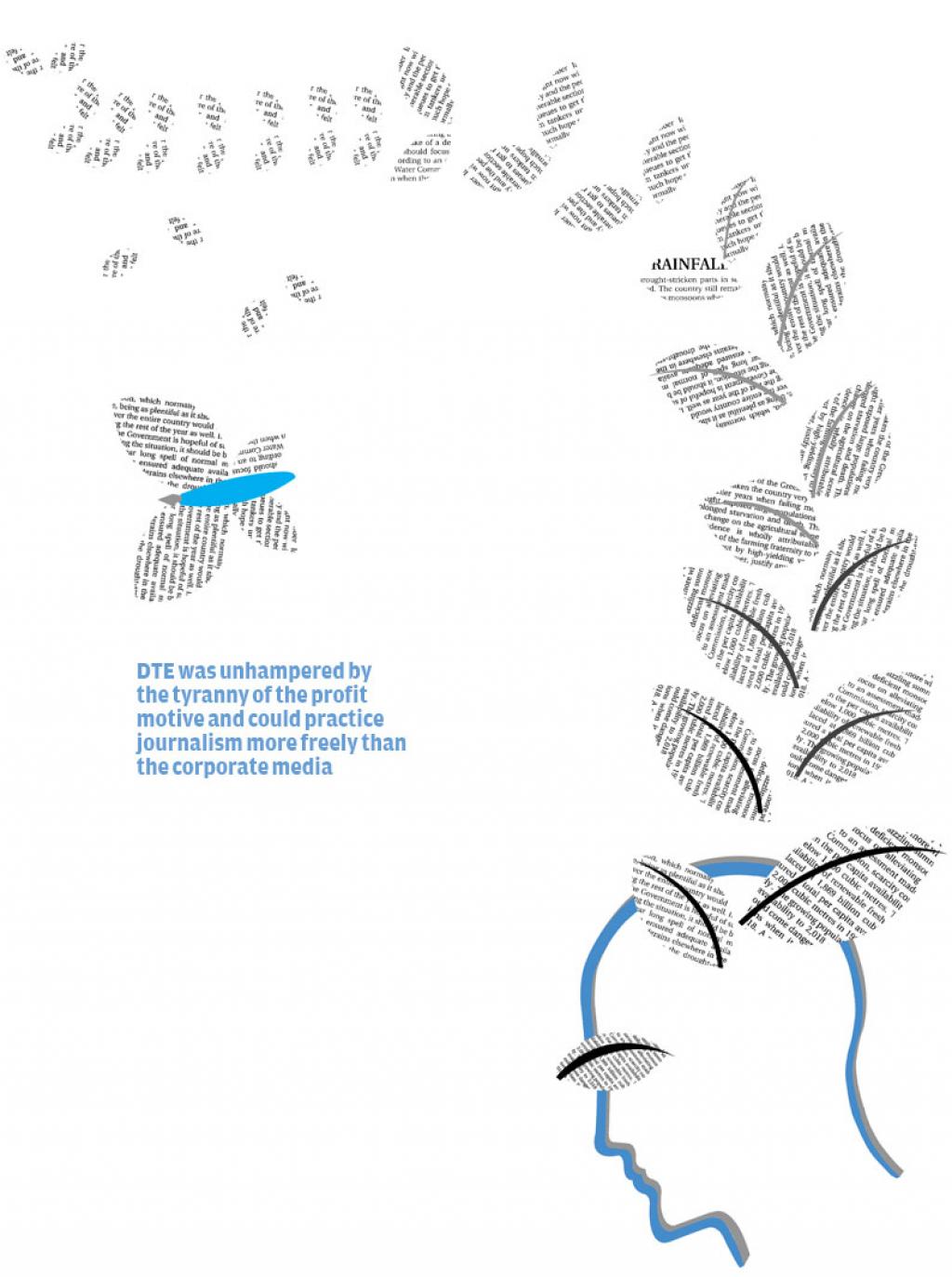