With the Chinese government turning blind eye to illegal harvesting of clams, the South China Sea coral reefs are decimating at a rapid pace 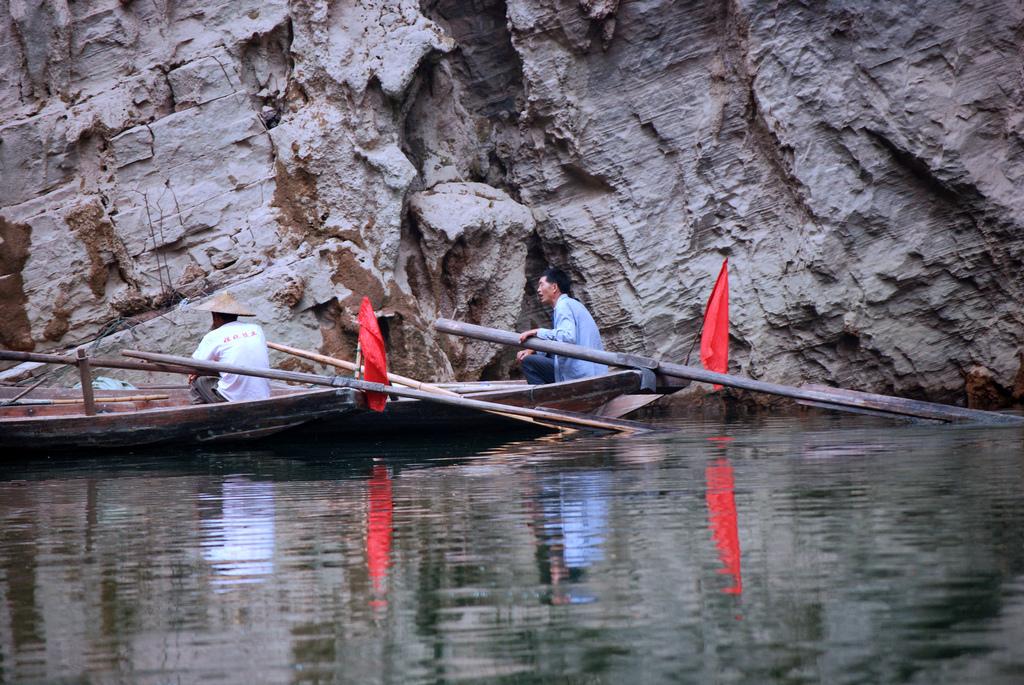 Shells of giant clam, one of the most endangered species, are very dear to the Chinese. The shells make beautiful ornaments that are considered auspicious and aesthetically appealing. In order to maintain uninterrupted supply of these coveted shells, clam harvesters are wreaking havoc on the ecosystem of the South China Sea. While China had banned harvesting of giant clams in 2015, the residents of a seaside town, Tanmen, on the southern island of Hainan, continue to plunder seabed. Surprisingly, clam harvesting and making ornaments have become a large-scale industry where around 100,000 people are employed. The village, now, has 460 handicraft retailers, compared to just 15 in 2012.

How is it that the villagers are not implicated despite carrying on with illegal harvesting?  Zhang Hongzhou, an associate research fellow at Nanyang Technological University in Singapore, explains:  "With rising tensions in the South China Sea, Tanmen fishermen's important role in strengthening China's claims in the disputed waters and supporting the People's Liberation Army navy are recognised by the Chinese government. As a result, authorities have turned a blind eye."

The local government refutes such allegations. In March 2015, the Qionghai government announced its intention to enforce ban on digging, carrying and selling of endangered marine species, including the giant clams. While some government officials claim that the authority is enforcing the ban, others assert that the authorities were not doing anything to support the industry. Despite the supposed ban on harvesting, stores on the streets of Tanmen openly sell intricately carved giant-clam shells. Many fishermen sell uncarved shells from their homes and others are employed in shell-carving factories.

China’s appetite for giant clam shells, which are used for interior decor and jewellery, has stripped large swathes of the South China Sea as boats scrape reefs to expose the clams. According to marine biologist McManus, the Chinese method of dragging small boat propellers across a reef to break up the coral bed and uncover giant mollusks has caused severe damage to more than 100 sq km in 40 coral reefs in the South China Sea. He said that at least 20 other shallow reefs are threatened by the resulting huge plumes of sand and silt killing almost all aquatic life.

"What used to be really good coral reefs in there have definitely been decimated over the last two to three years," said Neo Mei Lin, a marine biologist at the National University of Singapore."I think the Hainanese have essentially taken out all the giant clam shells from the South China Sea, dead or alive," said Ed Gomez, a senior adviser at the University of the Philippines Marine Science Institute.

Overfishing has exhausted the stock of fish in China’s nearby waters. No one knows it better than the Chinese fishermen who don’t find generous supply of fish on waters closer to home. Fishermen are now venturing out into the deep sea far away and exploring distant waters of Asia’s disputed sea. The plummeting stock of expensive marine resources like giant clams is a result of overharvesting, especially since 2013, when China witnessed a massive boom in giant clam handicraft industry.

More and more fishermen in Tanmen fishing village were lured by this boom and left traditional fishing activities to harvest giant clams and sea turtles for higher income. As the price of giant clams rose due to a supply deficit and a spike in demand, fishermen explored distant territories in the South China Sea, including the waters of the Philippines. Marine disputes were mostly attributed to these straying incidents. Some experts are of the opinion that mass harvesting of giant clams gained momentum partly because of a crackdown on the illegal elephant ivory trade.

“The Chinese, Vietnamese and Filipino fishermen traditionally maintained friendly relations in the sea. The Chinese fishermen collected giant clams and other sea species from those of other countries in the deep sea in exchange of food, beer and cigarettes,” said Zhang, an expert on China’s fishing and maritime policies. However, the growing presence of Chinese fishermen in foreign waters has fuelled speculation that Beijing is consolidating its powers in the South China Sea by advancing its “maritime militia”.

In 2013, Chinese President, Xi Jinping encouraged Tanmen fishermen to take to the seas to demonstrate their national spirit. In fact, the Foreign Ministry has been vocal in its claim that farthest fringes of the South China Sea are Beijing’s “traditional fishing grounds”. Be it on petrol or steel reinforcement for boats, the government provides an annual subsidy of $4,600 to those plying the South China Sea. Over the years, thousands of Chinese boats were outfitted with the BeiDou satellite system so that fishermen summon the Chinese coast guard if foreign maritime forces intervene.

Instead of being complicit with the clam harvesters and reef destroyers, the Chinese government must keep vigil on their activities to protect the world’s most biologically diverse marine environments of the South China Sea and around 500 species of reef-building coral.