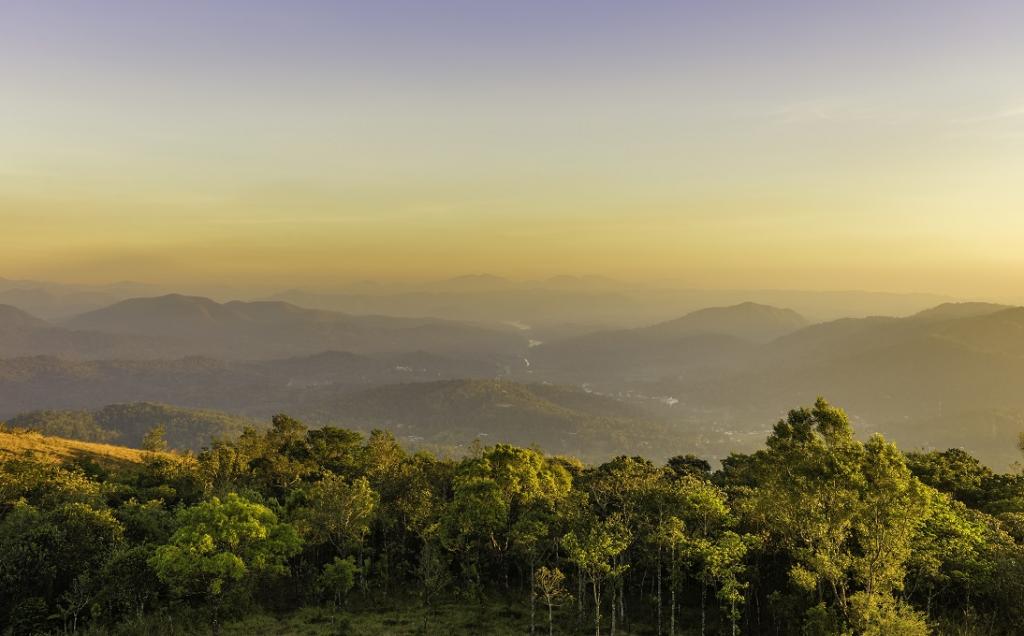 The Periyar Tiger Reserve, near which the proposed Indian Neutrino Observatory project was to be built. Photo: iStock

The Tamil Nadu government February 17, 2022, filed an affidavit in the Supreme Court stating that it would not permit the construction for the proposed Indian Neutrino Observatory at Bodi West Hills in Theni district.

The project, if implemented, will affect the flora and fauna of the Periyar Tiger Reserve and Mathikettan Shola National Park in the Western Ghats — which have earned global reputation for effective conservation — the affidavit claimed.

The proposed site is spread across Kerala and Tamil Nadu.

The affidavit came two days after the National Tiger Conservation Authority (NTCA) gave a no-objection certificate (NoC) to the project.

It marks the shutting of doors for the project initially mooted by the Institute of Mathematical Sciences and then by the Tata Institute of Fundamental Research.

On the other hand, the Bharatiya Janata Party, which rules at the Centre and Communist Party of India (Marxist), which rules neighbouring Kerala, strongly supported its implementation, claiming it would help boost scientific research in the country.

Representatives of the organisation said its more than 13-year-old struggle against the project had reached a logical conclusion with the affidavit.

“With the state government deciding not to oppose our demand in the Supreme Court, the project with huge environmental cost would remain non-materialised. We were able to evolve a large-scale consensus in Tamil Nadu against the project and that has convinced the state government to file this strong affidavit,” G Sundarrajan, who petitioned the Supreme Court on behalf of Poovulagin Nanbargal, told this reporter.

He said that the NoC given by NTCA had turned invalid after the affidavit.

An enormous quantity of high-strength explosives will be required to break rocks, she said. In addition, the tunnelling work will involve excavation of 600,000 cubic metres (m) of Charnockite rock from the hilly region.

The tunnel and cavern of the project would be built at a depth of 1,000 m from a hilltop. But the construction work, vehicles and people required for it and the piling up of construction material in forest areas would adversely affect conservation activities, Sahu said.

“At a depth of 1,000 m, mountain rock would be under tremendous pressure and the vertical stress is expected to be greater than 270 kg per sq m. This will create problems like rock bust and roof collapse,” the affidavit said.

Sahu stated that the protection of the Western Ghats was supreme as they are a global biodiversity hotspot and a treasure trove of biological diversity.

“The specific region harbours many endemic species of flowering plants, fish, amphibians, reptiles, birds, mammals and invertebrates other than large numbers of elephants and tigers. It is also an important centre of evolution of important domesticated plant species,'” she said.

Sahu added that the proposed site formed part of the catchment of various streamlets and constituted a watershed that supported livelihoods in five districts of Tamil Nadu.

She also pointed out that the project site was located hardly 4.9 km from the Mathikettan Shola National Park of Kerala, which had enormous environmental importance. The area has many hill slopes that function as elephants and tiger corridors.

The proposed project area links the Periyar Tiger Reserve in Kerala with Srivilliputhur Meghamalai Tiger Reserve. Quarrying and construction activities will upset wild animals which use the corridor for seasonal migrations, the document said:

Even the least disturbance to the habitat would have a huge impact on the movement of tigers. By their biological behaviour, tigers would completely avoid human presence and any other anthropogenic disturbances and move through undisturbed patches of forest. Even a little vibration in the land can bring enough disturbance to its movement pattern.

Sahu said the government decided to deny permission to the project after noting local opposition, public agitations and irreversible damage to the region’s precious wildlife and rich biodiversity on completion of the project.

On his part, Chief Minister MK Stalin had informed Prime Minister Narendra Modi in June last year that no permission would be given to implement the project.

On the other hand, the Union government and promoters of the project had termed the underground facility planned at Pottipuram village in Bodi West Hill as the most extensive basic science project in India.

The project proposal comprises 26.825 hectares of revenue land above ground and 4.62 hectares of land underground, comprising the tunnels and lab caverns.

Sahu said the project violated of the Wildlife (Protection) Act 1972 and Forest (Conservation) Act of 1980. Initially, the project was planned in the Nilgiris district of Tamil Nadu but was shifted to Theni following strong public protests.

In Kerala, former Chief Minister V S Achuthanandan had taken a strong stand against the project, saying it would spell doom for the Periyar reserve and Mathikettan Shola national park other than the Western Ghats in general.