The man who showed Kolkata’s kidneys to the world, no more

Ever since East Kolkata Wetlands gained worldwide fame, it has been recognised as a model system that depicts sustainable living 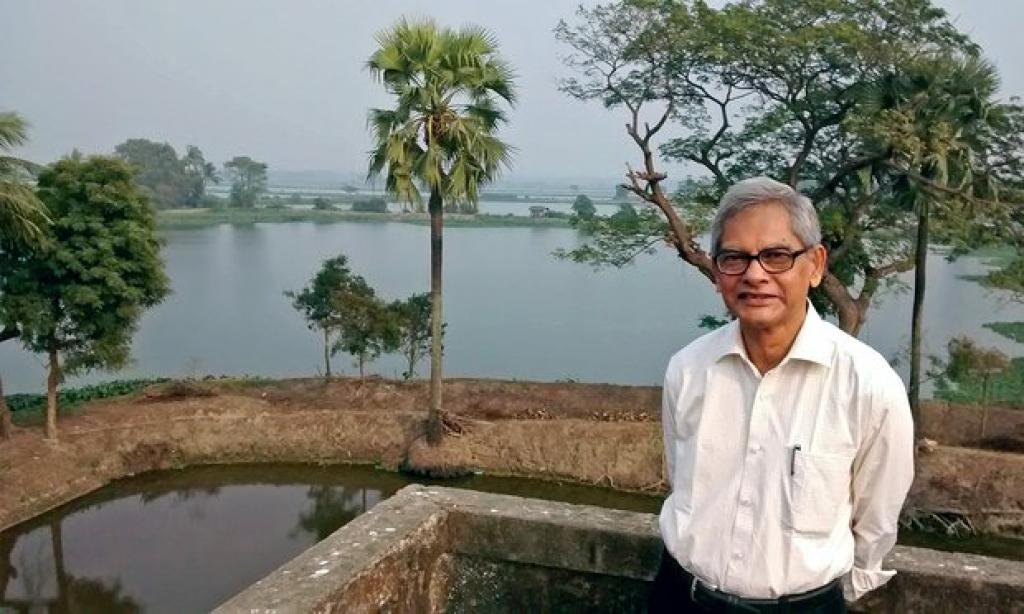 Kolkata produces almost 750 million litres of sewage everyday. Farmers and fishermen receive this sewage in their water bodies, part of the bigger East Kolkata Wetlands (EKW) complex, a  Ramsar Site, where the sewage is treated organically by sunlight, oxygen and microbes. The result is a powerhouse of nutrients which produces 150 tonnes of vegetables daily, 10,500 tonnes of fish per year and gives livelihood to 50,000 people directly. This ecological magic happens in Kolkata.

Septuagenarian Dr Dhrubajyoti Ghosh, who left us on Friday morning, was responsible for conveying this traditional message to the world and bringing international focus on the wetlands. A drainage engineer as a young man, Dr Ghosh realised the importance of these wetlands in subsidising the city’s living. Realising the imminent threats to these wetlands from land sharks, a state NGO, PUBLIC, filed a legal petition in association with Dr Ghosh to safeguard their existence. This led to the historic Calcutta High Court judgement in 1992, making the entire 12,500 acre of East Kolkata Wetlands inviolable and was later to be declared as a Ramsar Site for “wise-use of wetlands”.

Ever since EKW gained worldwide fame, it has been recognised as a model system that depicts sustainable living. At a time when money, corruption and governance are almost synonymous and land grabbing is a subtly supported practice, society needs to realise the value of EKW more than ever.

Who could have projected it better than the one the world chose as its representative?

As important as his contribution is to the cause of wetlands, Dr Ghosh was often criticised for his ignorance of resident wetland wildlife. In his aim to promote EKW as a wetland for wise use, Dr Ghosh had unintentionally ignored the importance of wetlands in harbouring ecologically important wildlife and had instead been vocal about using wetlands for human use i.e. intensive aquaculture.

Nonetheless, his international stardom came at a cost - that of rising pressure to cede the wetlands, acre by acre, to capital interests. Studies had often pointed to the rising heavy metal toxicity of the wetlands and the accumulation of contaminants in the fish and vegetables. These allegations were adamantly defended by Ghosh who stated that the sewage contaminating water was not the cause of concern, but the cancerous spread of leather factories along the fringes of the wetlands is the culprit. By hook or by crook, he was obligated to save the wetlands and in the same breath, plans were and are being readied to degrade the wetlands.

Of particular concern is the ‘coveted flyover for public interest’ over the Ramsar site which would hammer in the first nail in its coffin. Evidently, Ghosh was sidelined when the government body responsible for protection of EKW okayed the plan in principle. Not only is EKW a kidney but also a sponge – a lifeline to our low-lying city which is also one of the most vulnerable to climate change. At a time, when we need ecological warriors to fight tooth-nail-and-claws against an impending ecocide by a society “which knows not what it's doing”, Dr Ghosh’s death comes as a major blow. His soul is still to rest in peace because his beloved wetlands are imperiled. He dreamt that a Wetland Research and Conservation Institute would be created on the EKW which would attract students and researchers from all over the globe.