Uranium contamination in Punjab could be due to geological processes: study 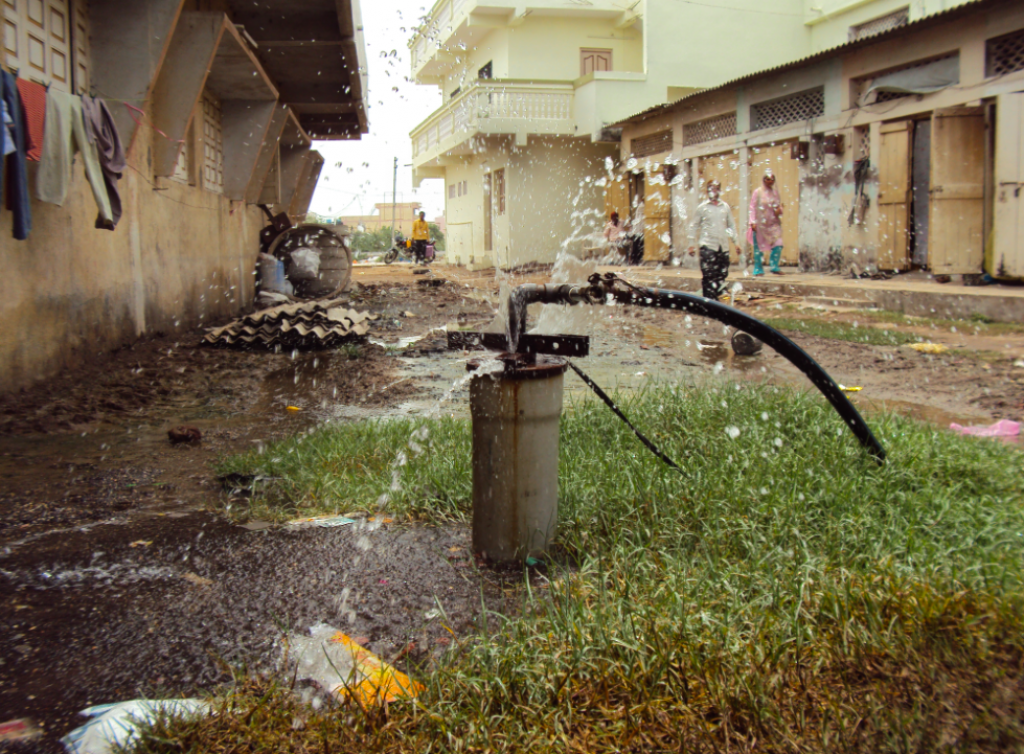 Uranium contamination in groundwater has been a persistent problem in Punjab, which came to the fore as early as 1990s. It has been talked about and fretted over for decades now. While presence of uranium and its extent of contamination has been surveyed and reported, the question—how and where did the uranium come from—has remained largely unanswered.

Several hypotheses have emerged attributing the presence of unusually high amount of uranium in the state, especially in the fertile Malwa region, to the fallout of the Gulf War, industrial effluents, water percolating through fly ash dumps of thermal power station, excess application of phosphate-based fertilisers and geogenic (naturally occurring) reasons.

A recent study on uranium toxicity published in Journal of Radioanalytical and Nuclear Chemistry has gone a step closer to exploring why the most plausible origin of uranium problem observed in Malwa region of Punjab could be geogenic, as indicated in a previous study.

“The theory of phosphate fertilisers leading to uranium toxicity has been contested by previous studies, with very low uranium content in fertilisers not justifying the high level of uranium traces found in groundwater. The Malwa region has the state's two biggest coal-fired power stations, which generates fly ash that has high levels of uranium. But when we studied water bodies in the vicinity of the power stations, we did not find anything alarming. Even the hypothesis that depleted uranium used in high-density shrapnel during Gulf War has entered Punjab’s soil and water has also been rejected. That is why we tried to focus primarily on the geogenic reasons,” says Alok Srivastava professor of Chemistry at Panjab University and the principal author of the study.

The study claimed that the activity of uranium in fossils and palaeosols collected from the Siwaliks was higher than that in soil samples collected from different locations in Punjab. The highest uranium activity level was found in animal fossils of geogenic origin a result of uranium assimilation in these fossils. This, according to study, is an indication enough to suggest the uranium levels in Malwa region elevated naturally. “Uranium might have assimilated over millennia and entered into the bones of the animals who existed in those days,” says Srivastava.

“Fossils and palaeosols collected in our study from the surface were most likely exposed to the ancient geogenic channels enriched in uranium before being uplifted by tectonic activity. There is a possibility that this ancient groundwater system has been feeding the current ground water channels of the Malwa area,” the study observes. “Overdrawing of groundwater might have made the state dig so deep that it is now taking out water from the ancient channels that have high uranium concentration,” Srivastava expresses concern.

Punjab has the highest rate of groundwater exploitation in the country. Between 2008-2013, it had, on average, withdrawn 28.2 million acre feet (MAF) yearly. However, the yearly average replenishment of water was only 18.9 MAF. The state uses 73 per cent of its groundwater for irrigation.

Why was Siwalik chosen as the area of study?

While the problem of uranium toxicity is acute in Malwa region (central and western part of the state), the study was conducted in the Siwalik region—eastern edge of Punjab bordering Himachal Pradesh, fossils and palaeosols (or fossil soils are direct indicators of changes in landscape and terrestrial climate) samples were collected from different locations in Siwalik region stretching from Pathankot in the west to Paonta Saab in the east. 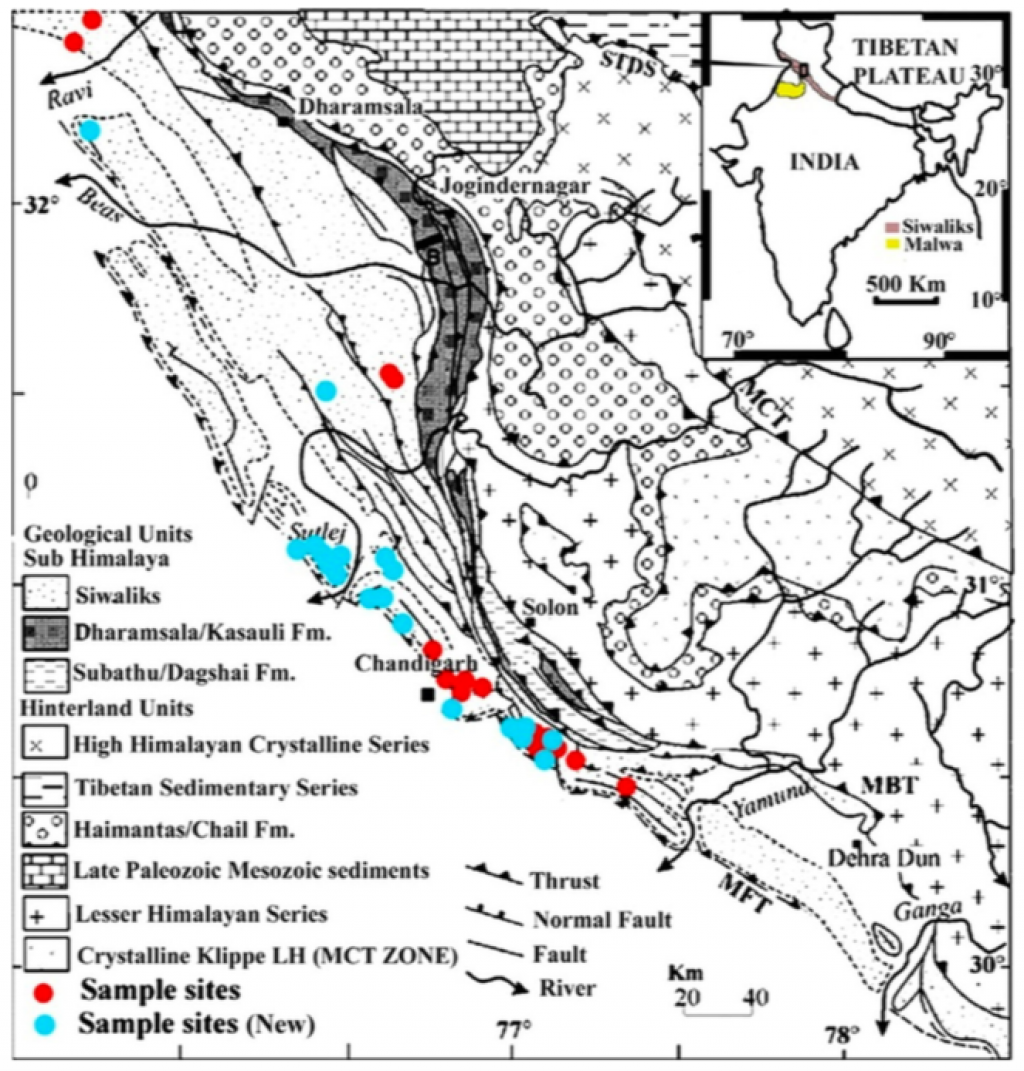 “We have to go closest to the tap to get water. We applied the same logic while choosing Siwalik as our area of study. You have to understand that main source of uranium is granite, which is common in the Himalayan range. Siwaliks, the foothills of Himalayas, is the closest access that Malwa region has to Himalayan uranium. Over the years, with the withering of Himalayas and the granites, uranium has possibly got mixed in sub-soil water by the slow leaching of granite rocks,” says Srivastava in response to a questions as to why he chose Siwalik instead of Malwa region for the study.

Extent of uranium toxicity increases; so is the number of hypotheses

Given the fact that the problem of uranium toxicity has now gone beyond Punjab to affect Gujarat and Rajasthan—as confirmed in a recent study by the scientists of Duke University in the US—there is a need to treat this issue with a sense of urgency. “New research programmes need to dig deep, literally, with a focus on age determination of the groundwater supposedly enriched with uranium to further confirm the geogenic origin of uranium toxicity observed in the Malwa region,” concludes Srivastava.

Meanwhile, the Duke University has identified another dimension to uranium contamination: nitrate pollution. “While the primary source of uranium is geogenic, anthropogenic factors such as groundwater table decline and nitrate pollution may further enhance uranium mobilisation,” the study observes. After studying water samples of 324 wells across Gujarat and Rajasthan, the study concluded that relatively high nitrate concentrations support the hypothesis of oxidising conditions in the shallow uranium-rich groundwater.