Where does monsoon get over 200 lakh crore buckets of water from?

Although it is assumed most of the water comes from the Indian Ocean, a significant amount of rain over the Ganga basin and northeast India is derived from evaporation of water already on land 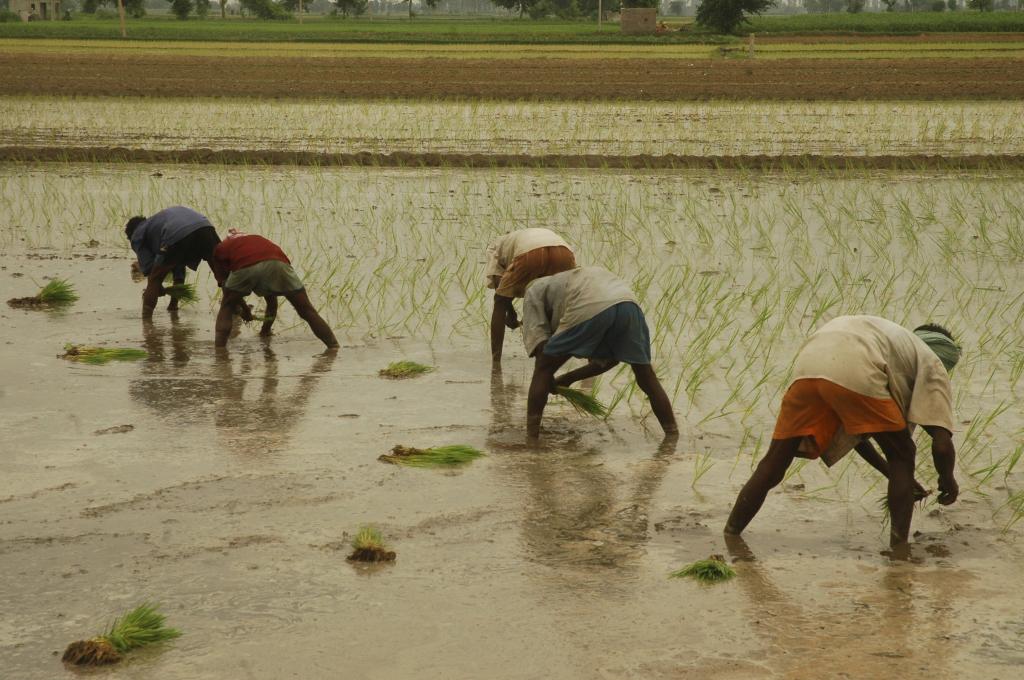 The more we understand the variability of moisture sources at daily to decadal timescales, the better we will be able to model and predict the monsoon. Credit: Agnimirg Basu/CSE

It rains about 900 mm during a normal monsoon year over India and if we assume that about 80 per cent of India is covered by this rain, then the estimated volume of water is well over 200 lakh crore buckets. It comes to 2 lakh buckets per person.

Where does all this water come from?

Amey Pathak, a newly-minted Ph.D. in civil engineering at the Indian Institute of Technology, Bombay (IITB) under the guidance of Subimal Ghosh, has explored moisture sources of the summer monsoon. It is generally assumed that most of the water comes from the Indian Ocean. But surprisingly, a significant amount of rain over the Ganga basin and northeast India is derived from evaporation of water that’s already on land. So recycled rain occurs over the Ganga basin and the Ganga basin also supplies moisture to the northeast region that accounts for nearly 25 per cent of its rain. 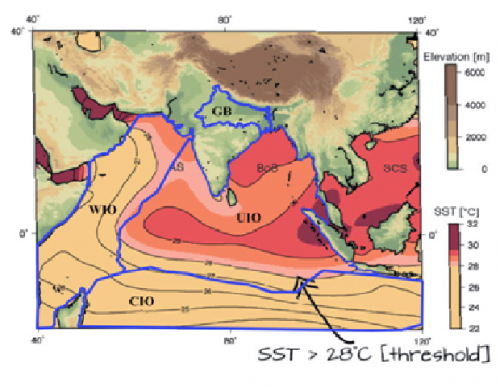 When sea surface temperatures are warmer than 28 degree centigrade, atmospheric convection is fired up over the ocean. But the warm temperatures are also conducive for evaporation that pumps moisture to the monsoon system.The ocean temperatures are warming further due to global warming and impacting the evaporation, atmospheric convection and the rain-band called the Inter-Tropical Convergence Zone or the ITCZ over the Indian Ocean. This zone also generates moisture-laden low-pressure systems called Monsoon Intra-seasonal Oscillations that propagate towards the Indian subcontinent at timescales of 30-60 days. Additional moisture is carried by strong winds that sweep in from the southwest across the Arabian Sea as a strong low-level jet, called the Findlater jet.

We know that the monsoon has a majestic onset with the June month accounting for about 20 pe cent of the total rain while the main seasonal rain occurs over July-August. The monsoon withdrawal typically occurs at the end of September. The monsoon tends to occur in the so-called active and break spells which can be in the range of 10-20 days or 30-60 days. While the researchers and forecasters have focused on the dynamics of the active/break spells, shifts in onset and withdrawal and the variability and trends in the monsoon and its extremes, not much attention has been paid to the role of moisture sources in these processes. Pathak’s work provides a set of baseline that can be used to diagnose the models in greater detail with a focus on moisture source rendition.

Most of the moisture during the initial phase of the monsoon is supplied from the WIO and CIO and this creates a north-south see-saw in rain between the ocean and land. As the season progresses into July-August, the Ganga basin begins to be a significant source and generates an east-west see-saw in rainfall between the Ganga basin and northeast India. Monsoon withdrawal is, in fact, delayed by the moisture recycling over the Ganga basin. The oceanic sources are dominant in the 30-60 day active/break cycles which tend to propagate northwestward from the Indian Ocean into the subcontinent. These sources are weaker during El Niño years. The Ganga basin is dominant in the 10-20 day lifecycle of active/break events and is a critical moisture source for the monsoon during dry monsoon years.

The vicissitudes of the monsoon include a later onset and withdrawal in the recent decades resulting in a shorter rainy season while the mean monsoon has been decreasing at the same time. But the warming of the Arabian Sea is enabling a threefold increase in widespread floods.The more we understand the variability of these moisture sources at daily to decadal timescales, the better we will be able to model and predict the monsoon in addition to producing more reliable future projections. (India Science Wire)