Will Adani ever pay for the destruction at Mundra?

The environment ministry says it cannot impose a fine but the company is not let off the hook. Lawyers say it can approach NGT 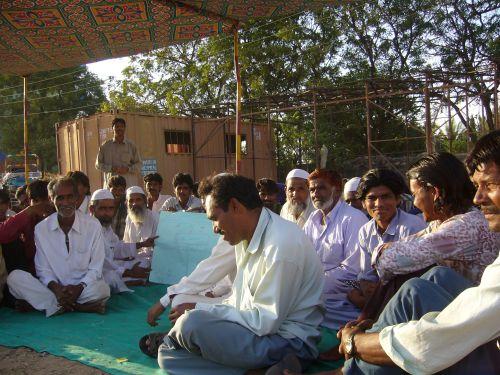 On September 30, 2013, the then Union Ministry of Environment and Forests had issued a show cause notice to Adani Port & SEZ, on the basis of a committee report on environmental destruction and violation of norms by the company’s project in Mundra in Gujarat.

The company is developing two major projects in Mundra: waterfront development project and Mundra Special Economic Zone. The committee, appointed by the ministry and headed by environmentalist Sunita Narain, found several violations. The major ones were destruction of mangroves and blocking of creeks in the region. The committee also recommended setting up of an environmental restoration fund amounting to Rs 200 crore on the Adani group.

In response to the notice the company “requested that the Ministry should reconsider setting an environmental restoration fund (ERF) for Rs 200 crores which has been subjectively arrived at”. The company also stated that it had “spent substantial amount on various activities for socio-environment development”.

On September 18, 2015, the ministry issued another order, noting that the “existing legal provisions under the Environment Protection Act, 1986 do not provide any authority to impose ERF by the government”.

However, the ministry did not agree with Adani’s argument that there is no non-compliance or violation of environmental clearance (EC) conditions. The ministry said, “The violations of specific conditions of all the ECs and Coastal Regulation Zone clearance should be proceeded with the provisions of the Environment Protection Act, 1986, independently.”

“It is true that the Environment Protection Act does have certain limitations about how the government can go about imposing a fine on a company,” says D D Basu, an expert with the Delhi-based non-profit Centre for Science and Environment. He points to Section 15 of the Act, which outlines penalty provisions for contraventions of “any of the provisions of the Act, or the rules made or orders or directions issued there under”.

Environmental lawyer Ritwick Dutta adds that if the provisions of Section 15 are to be followed, first a complaint has to be filed before a judicial magistrate. He says the government can go to the National Green Tribunal (NGT) and the tribunal can impose a penalty.

Kheti Vikas Seva Trust, the Kachch-based organisation on whose complaint the committee was set up, is considering approaching the NGT.

What were Adani’s violations?

Protect fishers: The committee’s report suggested several measures to safeguard the interests of the local fisher communities, including a plan to provide them with basic facilities and a dedicated fishing harbour. It also recommended the establishment of an environment restoration fund, which would be one per cent of the project cost or Rs 200 crore, whichever is higher. The fund was to be used to remediate any environmental damage sustained, and to strengthen regulatory and monitoring systems.

The purpose of the Fund is:

Cancel North Port plan: The committee also recommended cancellation of the North Port to preserve the area’s ecological balance. Other recommendations include steps to conserve mangroves, manage and dispose of flyash, control salinity, and prepare for disasters that affect coastal zones.