The rich diversity of aquatic plants in the Eastern Ghats has aided local communities in meeting their nutritional as well as livelihood needs. Ajay Mahapatra and Ashok Biswal analyse why these poorly documented plants are under threat 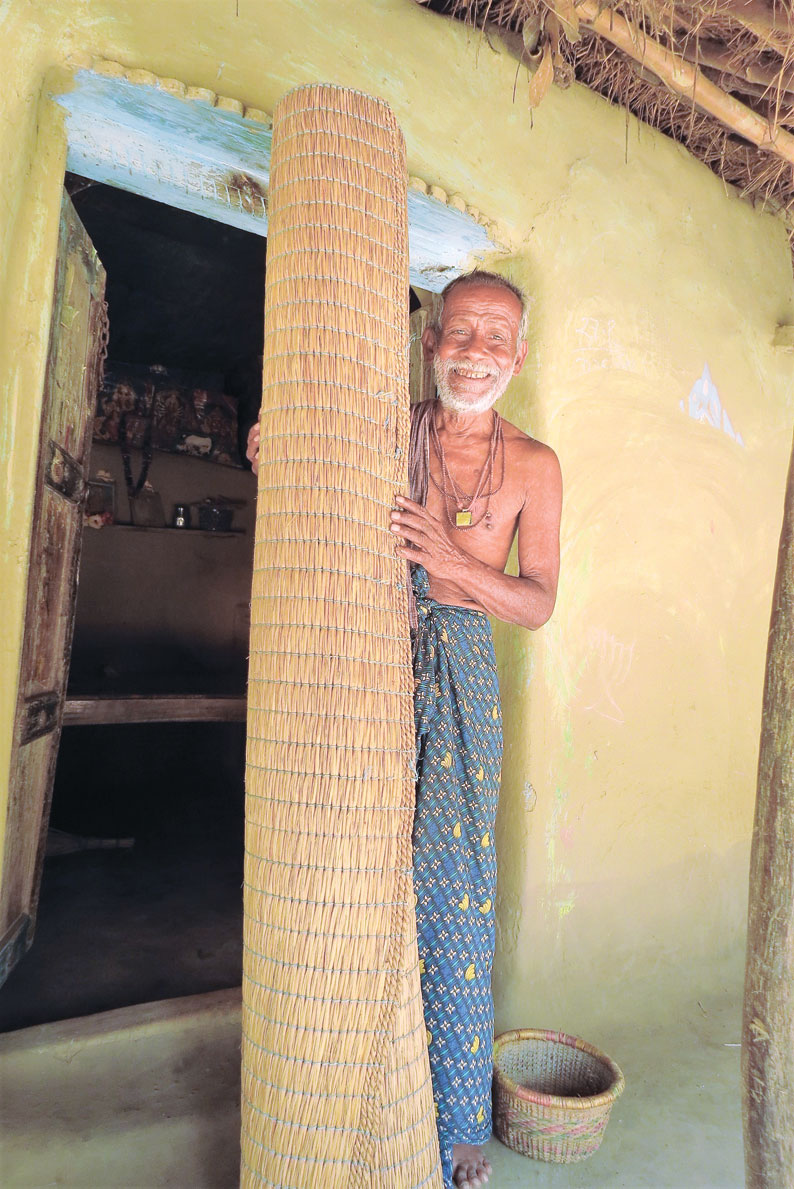 Aquatic ecosystems such as rivers, natural wetlands, swamps, marshes, lakes and estuaries perform a vital role in the livelihood and economy of local communities in the Eastern Ghats, spreading over the states of Odisha, Andhra Pradesh and West Bengal. While most conservation programmes in India are focused on saving vertebrate populations, there are hardly any that aim to save aquatic plants. Aquatic plants not only provide nutritive food—leaves, fish, nuts, fibre and medicinal plants—they are also used to make decorative items, toys, mattresses and offer fodder for livestock. Importantly, they help sustain a healthy environment by recycling nutrients, purifying water, preventing floods and recharging groundwater.

But as compared to the Western Ghats, where proper documentation has helped preserve vital aquatic species, there is hardly any scientific information available about plant species in the Eastern Ghats that can help in devising conservation programmes. What’s worse, a wide range of direct and indirect anthropogenic actions have put these ecosystems under severe threat. 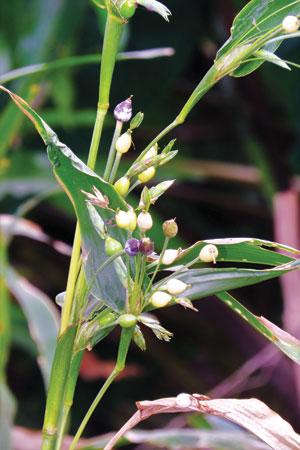 The single biggest threat is the removal of standing or flowing water to enable the land to be used for other purposes. One of the first actions usually undertaken by people when they settle down in a new area is to modify the drainage system. This may simply involve relatively minor tinkering by redirecting and locally damming small streams to manage the availability of water for stock, but more often, this involves drainage of any low-lying depressions, pools and ponds together with the “canalisation” of larger flowing waterbodies. This leads to the loss of marginal habitats and seasonal wetlands which support the vast diversity of freshwater plants.

Many aquatic plants are considered weeds by local people and are removed as they interfere with utilisation of waterbodies for agriculture, pisciculture or recreation. This completely ignores the fact that removal of these species may eliminate the food basis of aquatic fauna. Clearing of water ecosystems for agriculture can pollute and affect aquatic vegetation. Eutrophication of waterbodies by domestic sewage and agricultural run off can cause drastic changes in the biomass of aquatic plants and can alter species composition. Drainage of waterbodies, for example, can remove floating plant species such as Utricularia.

Weed control measures undertaken in fish ponds and paddy fields are a direct threat to many aquatic plants. For instance, filling up of waterbodies has led to the disappearance of Aldrovanda from the marsh lands of Kolkata. 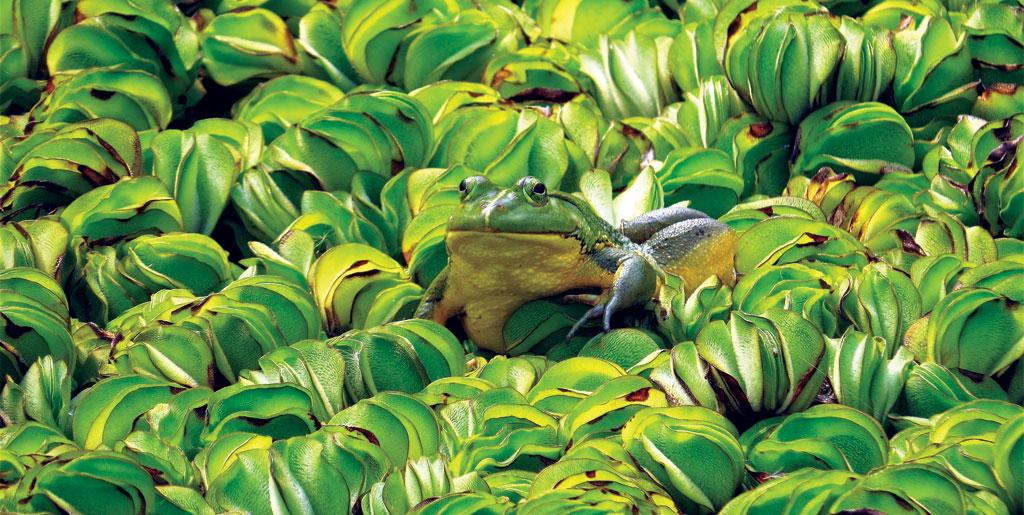 Most river systems in India are threatened by dam construction. Dams completely change the hydrological regime, divorcing floodplains from the river. So floodplain wetlands lose connectivity and are often more vulnerable to drainage and conversion for other land uses. Inundation regimes and the erosion-deposition balance change such that taxa dependent on particular niches are lost and some taxa cannot survive under the modified regime.

Wetlands in the region are also threatened by pollution: while the small-scale sector and households dump untreated sewage and wastewater, large industries dump untreated effluents, further contaminating the aquatic ecosystem. Lakes and ponds too are becoming shallower due to decayed vegetation and litter, sedimentation abstraction and diversion of inflow streams. Many small floodplain pools in marshland complexes have been modified for paddy cultivation, which involves bunding to make seasonal waterbodies permanent, accompanied by eradication of competitive natural vegetation. Intensification of traditional agricultural practices has reduced the potential of non-crop species to survive, further reducing species diversity. At the same time, agricultural intensification has increased the use of fertilisers and pesticides which enter the ecosystem and disrupt their functioning. 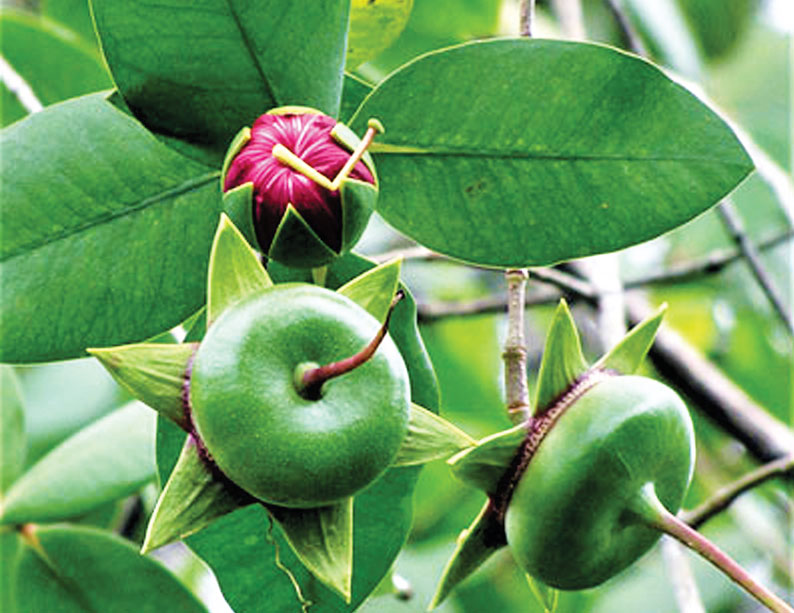 Wetlands are also affected due to the construction of embankments to protect roads, houses or crops from flooding, diversion of small streams for irrigation, local drainage of seasonal wetlands and low-lying depressions around settlements. This is exacerbated by the spread of industrial and urban areas, which have had a knock-on effect on wetlands.

Invasive species are an increasing problem; species such as the common water hyacinth Eichhornia crassipes and Mimosa pigra have displaced native vegetation and, in some cases, rendered large areas unsuitable for native plants. Overexploitation has also led to the severe decline of species like Euryale ferox and Nelumbo sps. Achyranthes is another species widely exploited for its pith to make toys and models.

There have been little conservation efforts to preserve wetland plants in the Eastern Ghats. Most wetland conservation initiatives are directed towards vertebrates. This is because management strategies have focused on factors which directly affect the target organisms, rather than adopt a bottom-up conservational approach that would safeguard the diverse vegetation.

The need of the hour is to identify and document these plants, determine the distribution of species through surveys and, focus on the emerging threats, which would enable an accurate documentation of their ecology. It is likely that such detailed surveys will introduce new freshwater taxa to science and preserve the diversity of aquatic plants in the Eastern Ghats.

(Mahapatra is with the Odisha Forest Development Corporation, and Biswal is with the Regional Plant Resource Centre, Bhubaneswar. They recently wrote Aquatic Plants of Eastern India)