Study finds black carbon due to frequent, widespread wildfires may be widening the ozone hole 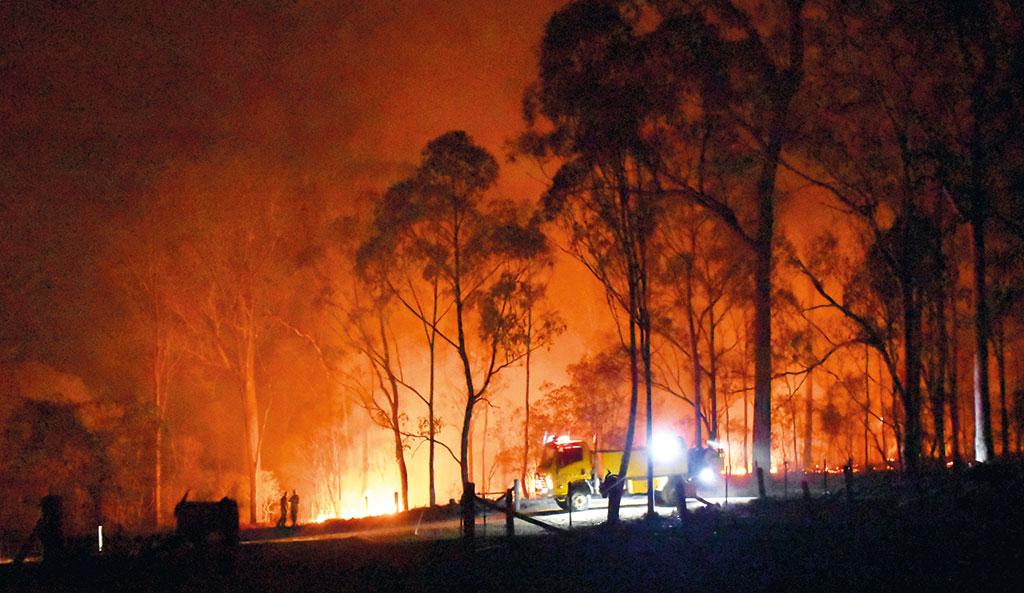 Forest fires in Australia continued from June 2019 to March 2020, and released over 1 million tonnes of smoke that reached to the stratosphere and affected the ozone layer

The wildfires that scorched much of Australia from June 2019 to March 2020 were unprecedented in scale and nature. They burned over 33 million hectares, killed or displaced 3 billion animals and caused damage to property, becoming the worst natural disaster in the country.

Now scientists say that the fires have also triggered changes kilometres high in the atmosphere, widening the ozone hole.

A group of researchers in the UK have found that the intense and uncontrolled fires resulted in millions of tonnes of smoke and associated gases.

“The smoke plumes formed several vortices, the largest of which maintained a coherent and isolated structure for over two months and was eventually detected at altitudes of up to 36 km,” noted the study, published in Scientific Reports on August 25, 2022.

The smoke plumes rose to such great heights because of black carbon, which absorbs solar heat and rises into the lower stratosphere like a hot-air balloon. The ozone layer sits in the stratosphere, located between 10 km and 50 km above Earth's surface, and absorbs harmful ultraviolet radiation from the sun.

Research has linked a decrease in ozone levels to an uptick in the incidence of skin cancer and cataracts in humans.

Once in the stratosphere, black carbon continues to absorb sunlight and warm the air. The 2019-20 wildfires spiked temperatures in the lower stratosphere over Australia by 3 degrees Celsius, globally the temperatures rose by 0.7°C — the biggest increase since 1991 when the eruption of Mount Pinatubo in the Philippines sent a plume of ash into the atmosphere, says the August 25 study.

The scientists recorded the high temperatures in the lower stratospheric region for four months. This is worrisome as warming in stratosphere can also lead to ozone-layer damage by altering the atmosphere’s dynamics.

Shortly after the fires subsided in March 2020, atmospheric chemists at the Massachusetts Institute of Technology, United States, observed a sharp drop in nitrogen dioxide in the stratosphere, which is the first step in a chemical cascade that is known to end in ozone depletion.

The researchers found that this drop in nitrogen dioxide directly correlates with the amount of smoke that the fires released into the stratosphere and estimate that this smoke-induced chemistry depleted the column of ozone by 1 per cent.

To put this in context, they note that the phaseout of ozone-depleting gases under the Montreal Protocol, a worldwide agreement to stop their production, has led to about a 1 per cent ozone recovery over the past 10 years.

The levels dropped again this April, and it took eight months to recover fully, the scientists note in the study published in journal PNAS on March 1, 2022. The research team also measured an increase in ozone-destroying chlorine compounds during that time.

In the same month, another study was published in the journal Science, explaining how smoke from the wildfires might have destroyed the ozone.

“These injected smoke particles have produced unexpected and extreme perturbations in stratospheric gases beyond any seen in the previous 15 years of measurements, including increases in formaldehyde, chlorine nitrate, chlorine monoxide, and hypochlorous acid and decreases in ozone, nitrogen dioxide and hydrochloric acid. These perturbations in stratospheric composition have the potential to affect ozone chemistry in unexpected ways,” stated the study.

Another study, published in Geophysical Research Letters on January 26, 2022, attributes 46 per cent of the annual variation of atmospheric abundance of methyl bromide, an ozone-depleting gas, to wildfires.

Rising global temperatures and drier conditions are leading to frequent, massive wildfires around the world, according to the UN Intergovernmental Panel on Climate Change. The frequency of extreme wildfires will likely rise by 30 per cent by 2050, according to the United Nations Environment Programme. Such events could undo 35 years of efforts under the Montreal Protocol.

The UK scientists say wildfires could also trigger a vicious cycle. They have found that depletion of the ozone layer strengthens the southern polar vortex, a pocket of low pressure and cool air over the South Pole.

That creates a feedback loop: the stronger the polar vortex, the more it depletes the surrounding ozone and the longer it keeps the hole open.

This was first published in Down To Earth’s print edition (dated 16-31 September, 2022)