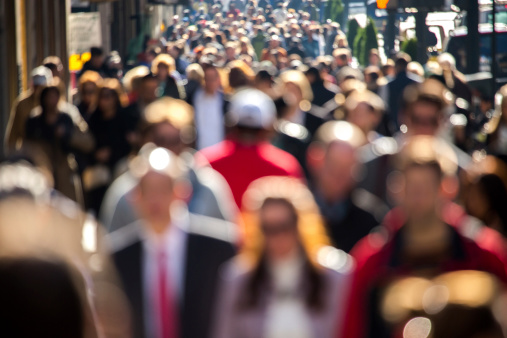 We are consuming more meat, driving more cars and generating more plastic than before, says the Worldwatch Institute's latest report. Titled "Vital Signs, Volume 22: The Trends That Are Shaping Our Future", the report states that the depletion of resources and pollution driven by our consumption choices may have worse than expected social and environmental costs.

The report aims to inform governments, businesses and citizens about the consumption trends in different sectors and enable them to make the changes needed to ensure sustainable development.

"Consumers often do not know the full footprint of the products they are buying, such as the embedded water in a t-shirt or steak, the pesticide exposure of cotton farmers, or the local devastation caused by timber companies cutting down forests to produce paper," says Michael Renner, project director for the report, in an official release.

According to Vital Signs, global meat production has more than quadrupled in the last half century to over 308 million tonnes in 2013. At the same time, aquaculture production (fish farming) has increased about 10 times since 1984.

But this increase in production comes with huge costs for the environment. The meat industry uses huge quantities of water, fodder and grazing land to produce meat. The indiscriminate and largely unregulated use of antibiotics in meat-producing animals has put a question mark on the safety of meat products.

Coffee production has also doubled since the early 1960s. But volatile prices of coffee threaten the livelihoods of 25 million coffee growers worldwide. A major drop in prices of coffee beans to around $0.50 per pound in 2001 nearly wiped out the economies of coffee-producing nations.

Despite this rise in demand for and production of food, one in nine people in the world still goes hungry. Fifty-one countries ended up importing more than half of their grain requirement in 2013.

Plastic production touched 299 million tonnes in 2013. But since only a small proportion of plastic is recycled, waste from these products clog landfills and pollute our oceans.

Producing a pair of jeans takes 10,850 litres of water and a t-shirt takes 2,720 litres, says the report. There are now more than one billion vehicles on our roads, affecting the air quality and adding to greenhouse gas emissions.

There has been an increase in demand for coal with low energy content. The average heat content of coal produced in the United States dropped from 29 megajoules per kg in 2005 to about 23 megajoules in 2012. Down To Earth had reported that many of India's coal-fired power plants also use low-grade coal and are less efficient, which leads to more pollution.

Judicious use of resources

These findings are relevant, especially in the context of the United Nations Sustainable Development Summit 2015 to be held in New York from September 25-27. Countries will adopt the post-2015 agenda for sustainable development during the summit.

Global Footprint Network, a non-profit organisation, had reported in August that the world had already used up the entire nature budget for the year in the first eight months, highlighting that the requirements of our demands are far higher than what the planet's ecological resources can regenerate.

Called the Earth Overshoot Day, the date has advanced from early October in 2000 to August in 2015, the organisation said in its press release.