Fall of the bees

Population of bees, the main pollinators of food crops, is declining. This can constrain food supply, warns a UN report 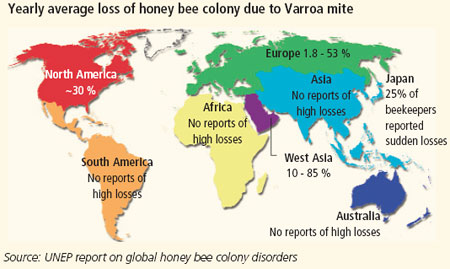 The report says there are “more than a dozen factors” behind bee deaths. These include air pollution, fast-spreading fungal diseases and varieties of parasites such as the Varroa destructor, as well as the loss of habitat of wild flowers in intensively farmed areas. The increased use of pesticides, including broad spectrum and systemic pesticides, which are absorbed by plants affect bees through pollen and nectar. These pesticides combine to form a lethal cocktail that damages bees’ sense of direction. Because of air pollution scents that travelled 800m in the 19th century now travel only 200m, making it harder for bees to find plants, their food source. 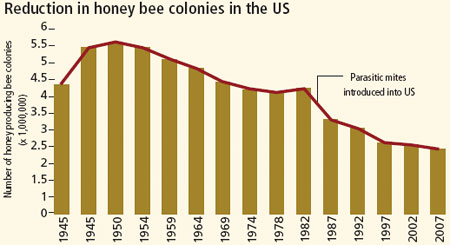