FAO in partnership with wholesale union to reduce food waste

World is losing 1.3 billion tonnes of food worth $1 trillion every year 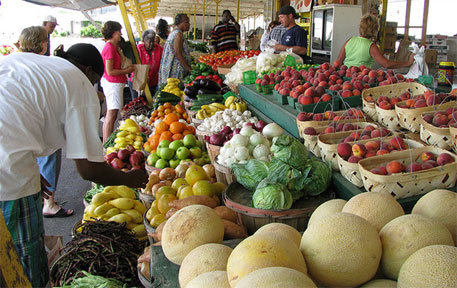 United Nations agency Food and Agriculture Organization (FAO) has teamed up with the Netherlands-based World Union of Wholesale Markets (WUWM) to minimise food waste. A significant amount of farm produce is transferred from farms to retailers through the wholesale market.

WUWM’s global network connects wholesale marketers in 43 countries. According to FAO estimates, nearly one-third of food produced for human consumption, which is nearly 1.3 billion tonnes, is lost or wasted.

“Significant effort has been put into cutting food waste at the household level, but not a lot of work has focused on supporting wholesalers who are an important part of the puzzle—this partnership aims to change that,” said Vladimir Rakhmanin, FAO regional representative for Central Asia and Eastern Europe, in a press release.

Most of these losses are observed in cities where more than half of the world’s population lives. By 2050, nearly two-thirds of all people will be city-dwellers.

According to an official press release, the partnership will address the issue of food wastage in the marketing process, including storage and transportation. Data will be collected in a series of reports and activities targeted at helping wholesalers find new ways to improve efficiencies, ensure better supplies of quality produce and cut down on waste.

“Some 60 per cent of wholesale markets we’ve surveyed said managing food waste was their number-one challenge for the next five years,” said Donald Darnall, a member of the board of directors of WUWM. “Our markets are embracing 'good practices' to reduce waste and we see this as an opportunity to develop improved waste management strategies and share solutions.”

The new collaboration aims to not only cut down on food losses and waste but also enhance producers' access to markets, improve food handling, and make fresher, safer produce more equally available to city consumers.

FAO estimates that over 40 per cent of root crops, fruits and vegetables are lost to wastage, along with 35 per cent of fish, 30 per cent of cereals and 20 per cent of oilseeds, meat and dairy products.

Based on farm and retail prices, total food waste represents an economic value of some $1 trillion annually.