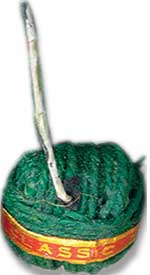 on diwali night, children admitted in the government run BC Roy childrens hospital were exposed to deafening sounds as residents of nearby multi-storey buildings burst crackers.The decibel (dB) level of crackers exceeded 90 dB. It was the noisiest Diwali in Kolkatas recent memory. The sounds were so loud that needles for giving saline drip to children got displaced, complained Tapan Halder whose daughter was admitted in the hospital with jaundice.

Police Commissioner Gautam Mohon Chakrabarti said his department received many complaints from the public against noisy neighbours that night. One of them was state chief minister Buddhadeb Bhattacharjee.

This is the noisiest Diwali we have had in the last one decade, said Dipak Chakrabarti, chief scientist with the state pollution control board (spcb).He said 41 of the 55 types of firecrackers supplied by firework manufacturers from Sivakasi exceeded the states permissible noise limit of 90 dB; the limit is 125 dB, at a distance of four metres from the source, in the rest of the country.


Noise from firecrackers in the designated silent zones of Mumbai exceeded 100 dB in some places. A survey conducted on October 17 by the non-profit Awaaz Foundation, showed the noise level near Raheja Hospital in Mahim, a silent zone, was 103 dB. In residential areas, too, the noise levels were double the permissible limit of 45 dB.

Sumaira Abdulali who supervized the survey has filed a complaint with the state chief minister. The police were absent; they did not respond to calls, said Abdulali.


In Delhi, maximum noise levels reduced from 85 dB in 2008 to 82 dB this year. But sulphur dioxide (SO2) concentration increased. It ranged between 8 g and 42 g/m3 as compared to 7 g and 24 g/m3 in 2008ug/m3 in 2008. Central Pollution Control Board officials said colourful fireworks increased SO2 in the air.

With inputs from Nidhi Jamwal, Mumbai and Ravleen Kaur, Delhi