A fruit to treat diabetes 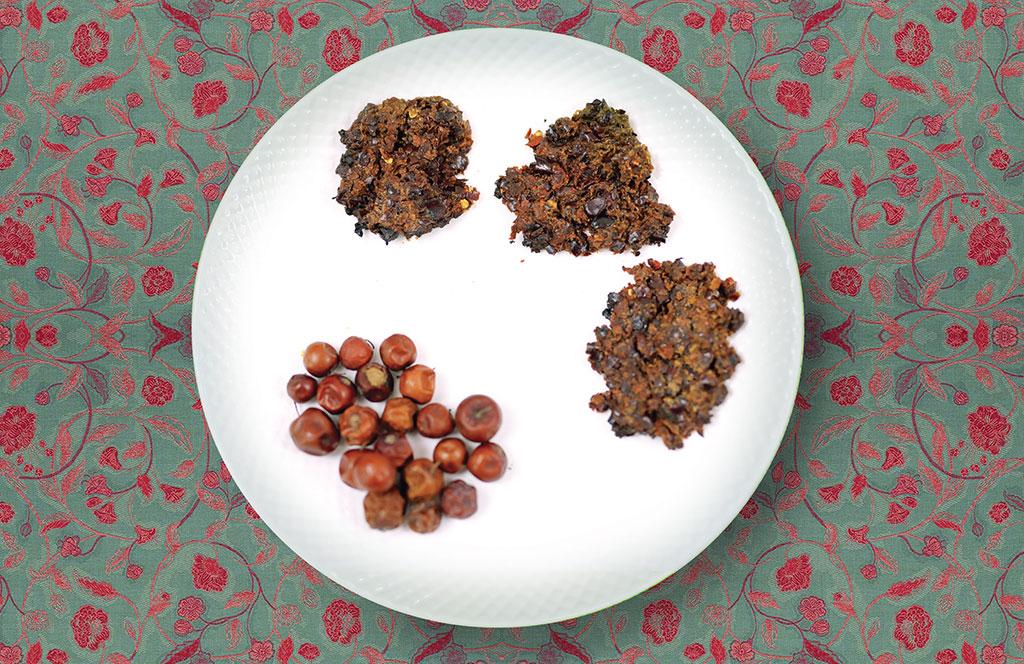 The tree is drought-resistant and the fruit has many medicinal properties (Photo: Sunny Gautam)

My father used to narrate a story about a fruit when he was studying in Vellore, a district in Tamil Nadu. He and his school friends would often sneak out of the house to buy elandha vada, which was a popular snack during 1960s and 1970s, and even before that. His parents would not allow him as they were concerned about hygiene—the ripened fruits often contain small worms that need to be removed and washed before eating. But my dad and his friends would still go out and buy it from petty shops near the school. When my grandmother got to know about this, she herself started making the snack at home. She would just add dried chilies, which prevents fungal growth.

The snack is prepared with a fruit (ziziphus mauritiana), and it is known by many names—the Indian jujube in English, elandha pazham in Tamil and ber in Hindi, among others. The fruit, which resembles small apples, grows on a tree that is drought-resistant. It is a crop recommended for arid and semi-arid areas. The fruit is red in colour and ripens from December to March.

There is one more species of the fruit called ziziphus nummularia, which is a small shrub and grows up to 3 metres, and grows mostly in dry areas. It is called nari elandhai in Tamil and jhahrberi in Hindi. Both fruits grow in south Asian countries including India, Pakistan, Bangladesh and Nepal, and even in Africa. In India, it is found in Haryana, Punjab, Maharashtra, Uttar Pradesh, Gujarat, Rajasthan, Madhya Pradesh, Bihar, Andhra Pradesh, Telangana and Tamil Nadu.

The fruit is full of vitamins and minerals. It contains vitamin K, calcium, magnesium and also certain organic acids like succinic and tartaric acids. According to a paper of the Food and Agriculture Organization, these fruits are natural preservatives, and it has recommended them as food additives. The jujube fruits have lot of bio-active compounds which has been clinically proven. According to a study published in Pharmacognosy Reviews in 2015, the fruit has anti-cancer properties.

Similarly, it has been found that the fruit pulp can prevent diabetic neuropathy, a type of nervous damage that afflicts diabetic patients. This medical condition affects the nerves of the leg and feet causing intense pain. This study was published in the Iranian Journal of Basic Medical Sciences in March, 2015.

The fruit is also consumed in the powdered form. Young tender leaves are dried in the shade and then powdered. This powder is mixed in water and the decoction is used to cure Scurvy, caused due to the lack of vitamin C. This was published in the Journal of Pharmacognosy and Phytochemistry in 2017. A paper published in the Journal of Ethnobiology and Ethnomedicine in 2006 says that the dried bark powder can also be applied to treat wounds. A study published in College Science in India in May 2007 says that a decoction made from the roots of the jujube tree can be used to treat diarrhoea and dysentery.

In Zimbabwe, the fruit is called masau and it is used as food, fodder and biomass fuel. Local people also prepare a wine called kachasu. According to Rome-based Global Facilitation Unit for Underutilized Species, in traditional medicine, masau is used to treat a variety of ailments including flu, cold, malnutrition-related diseases, convulsions in children and indigestion.

The tree is part of stala vriksham—monumental trees that are indigenous to every historical Hindu temple. The fruit is offered to Lord Shiva, and in all Shiva temples, the fruit is given as much importance as the bael fruit, especially during Mahashivarathiri. The tree is also considered sacred in gurdwaras, because Guru Nanak is believed to have received enlightenment beneath this tree.

(This story was first published in the 1-15th February, 2018 issue of Down To Earth under the headline 'Tangy buds').