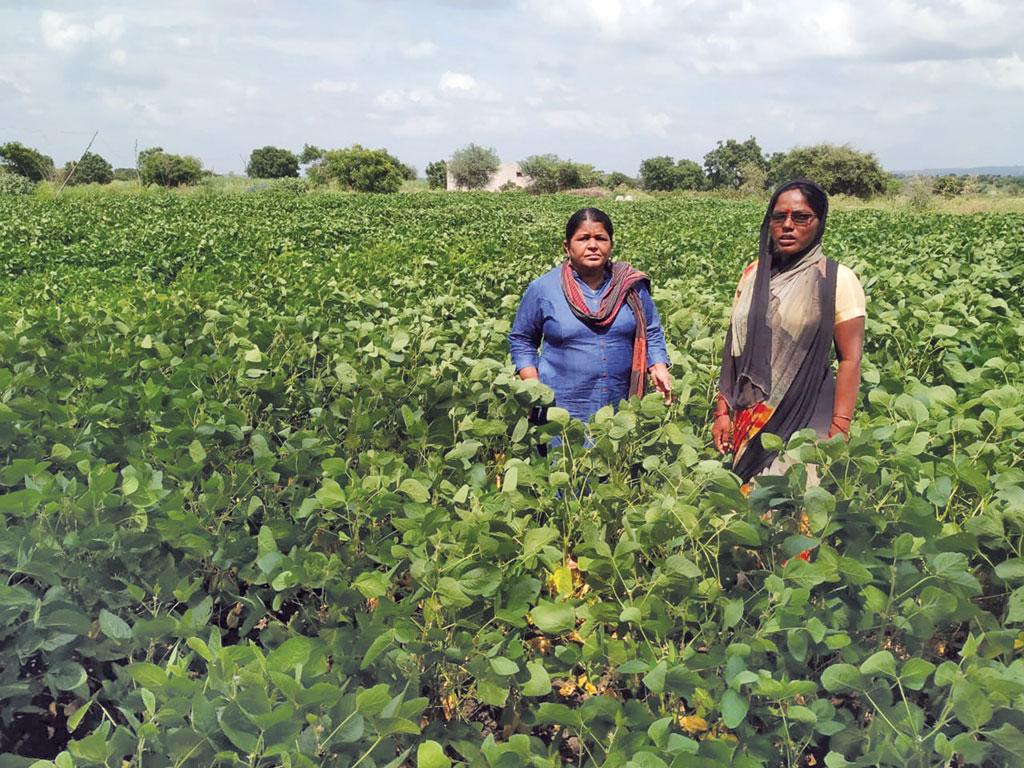 Social activist Manisha Tokle (right) with Vandana Khandel of Dhodka Rajuri village who has reclaimed 0.2 hectares to grow nutritious crops for her family

Sanjivni Salve beams with happiness as she shares with anyone willing to listen the news of her first harvest of desi bajra (native pearl millet). “This is for my family so we get proper nutrition,” says the resident of Dhodka Rajuri village in Beed district of Maharashtra. Her decision to sow wild-type seeds instead of the hybrid variety gave her 100 kilogrammes healthy crop, she claims.

For years, Salve’s husband and sons have decided what to sow on their family’s 0.6-hectare (ha) farm. But in September last year, she set aside 0.2 ha to grow nutritious crops of her choice. “I sowed native pearl millet, sesame (til) and green gram (moong). I also started a small kitchen garden,” she recalls. She used buffalo dung and goat droppings as natural fertilisers. While sesame did not survive due to erratic rainfall, she harvested 12 kg of green gram.

Salve’s move was driven by COVID-19 lockdowns in the last two years. Markets in Beed were shut, leading to food shortage in the village. This made her realise the need for food and nutrition security. A similar trend is picking up pace in other villages of the Marathwada region that faced food scarcity during the pandemic.

While farm families here typically grow commercial crops, women are now reclaiming some land to grow healthy crops for sustenance. Dwaraka Waghmare of Kathoda village near Beed is one of them. Her family of sugarcane cutters has 0.9 hectare, of which she used 0.2 ha last year to grow pearl millet, pigeon pea (toor) and green gram — all gave good yields. “I used local seeds and the crops grew well even in erratic rainfall, while my sons planted hybrid varieties and endured losses,” she says.

By reclaiming a part of their land, the women are reversing the negative impacts of commercial agriculture, says Seema Kulkarni, senior fellow at SOPPECOM and national facilitation team member at MAKAAM. The trend guarantees produce is kept for families first.

Several women have taken interest in adopting the model, but expansion will take time as resources are limited, says Kulkarni.