A paper sensor that can detect freshness of milk 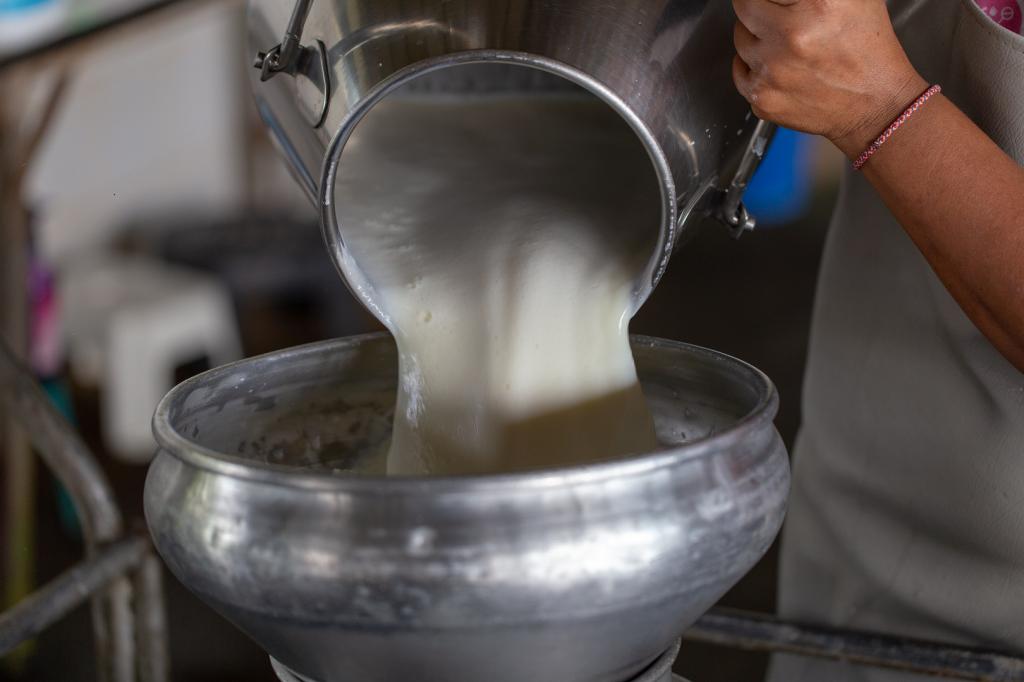 Scientists at the Indian Institute of Technology (IIT), Guwahati, have developed a simple paper kit that can test freshness of milk and tell how well it has been pasteurised. Aided with a smart phone app, the kit can help ensure that milk is consumed before it turns too sour.

Being a widely consumed food, the safety of milk is of prime concern to consumers. More so because it’s highly perishable and prone to action of enzymes and microorganisms inherently present in it.

Although pasteurisation, freezing and preservation using additives are widely used to prevent spoilage, perishability of milk is still a concern. There is no easy way to know if milk is fresh or stale or how effective is the pasteurisation.

Tests used in dairies and dairy industries are time consuming and need sophisticated equipment like spectrophotometers. The new detection kit could make testing easy and fast.

A milk enzyme, Alkaline Phosphatase (ALP), is considered to be an indicator of milk quality because its presence even after pasteurisation indicates presence of microbes that may not have been rendered inactive with pasteurization.

Researchers used ordinary filter paper to prepare the detector. The filter paper was cut into small discs using office punch and impregnated with chemical probes that preferentially react with ALP.  The ‘probes’ used are antibodies that specifically bind to ALP. When ALP comes into contact with the probe, it turns white paper disc into a coloured one.

“We soaked paper discs in 4-carboxybenzene diazonium solution and then chemically treated to expose-COOH groups on the diazonium,” says Dr Pranjal Chandra, who led the research.

“The -COOH groups then attach to NH2 groups on anti-ALP probe molecules. Thus the anti-ALP probes are fixed on paper. When a drop of milk is poured on the tiny paper disc, the ALP in milk reacts with probes, resulting in change of colour.”

The colour change on paper discs is then photographed by a smartphone camera and images processed to obtain corresponding colour values. These values are then compared with standard data stored in the phone.  Thus not only the presence of ALP could be detected but the amount of it in milk could also be measured.

“We have used samples collected from villages and also milk spiked with specific amount of ALP to test the kit,” says Dr Chandra. In most cases, almost 94 per cent of the ALP could be detected. The team also confirmed that colour is only due to ALP and not due to interference of vitamins, other proteins and minerals in the milk.

The sensor works in both qualitative and quantitative modes. “No separate reader is required for qualitative analysis as it works just like pregnancy test strips. While colour change shows ALP’s presence, the exact amount of ALP is determined using a smartphone,” adds Dr Chandra.

The team has prepared a kit by attaching probe discs onto a 2 cm square transparent cellulose acetate film. The probe is then covered with another cellulose acetate film. Colour reaction takes place when milk is injected through a tiny hole in the cover and a smart phone can be used to get the results. It takes just about 15 minutes to detect raw milk from pasteurised one.

The kit could come handy in milk bars, large kitchens and at milk collection centres where freshness of milk is a concern. It can find other applications too.

Since ALP is also tested in various body fluids, the kit can also be utilised in clinics. Fabrication in the laboratory at present costs around Rs 80 to Rs 125 per kit and could come down when mass manufactured, say researchers.

Kuldeep Mahato, a research fellow, worked with Dr Chandra in the development work. The research results will soon to bepublished in journal Biosensors and Bioelectronics. (India Science Wire)