Achyranthes leaves may be small in stature, but they are packed with nutrition, are delicious and most importantly, have many medicinal properties 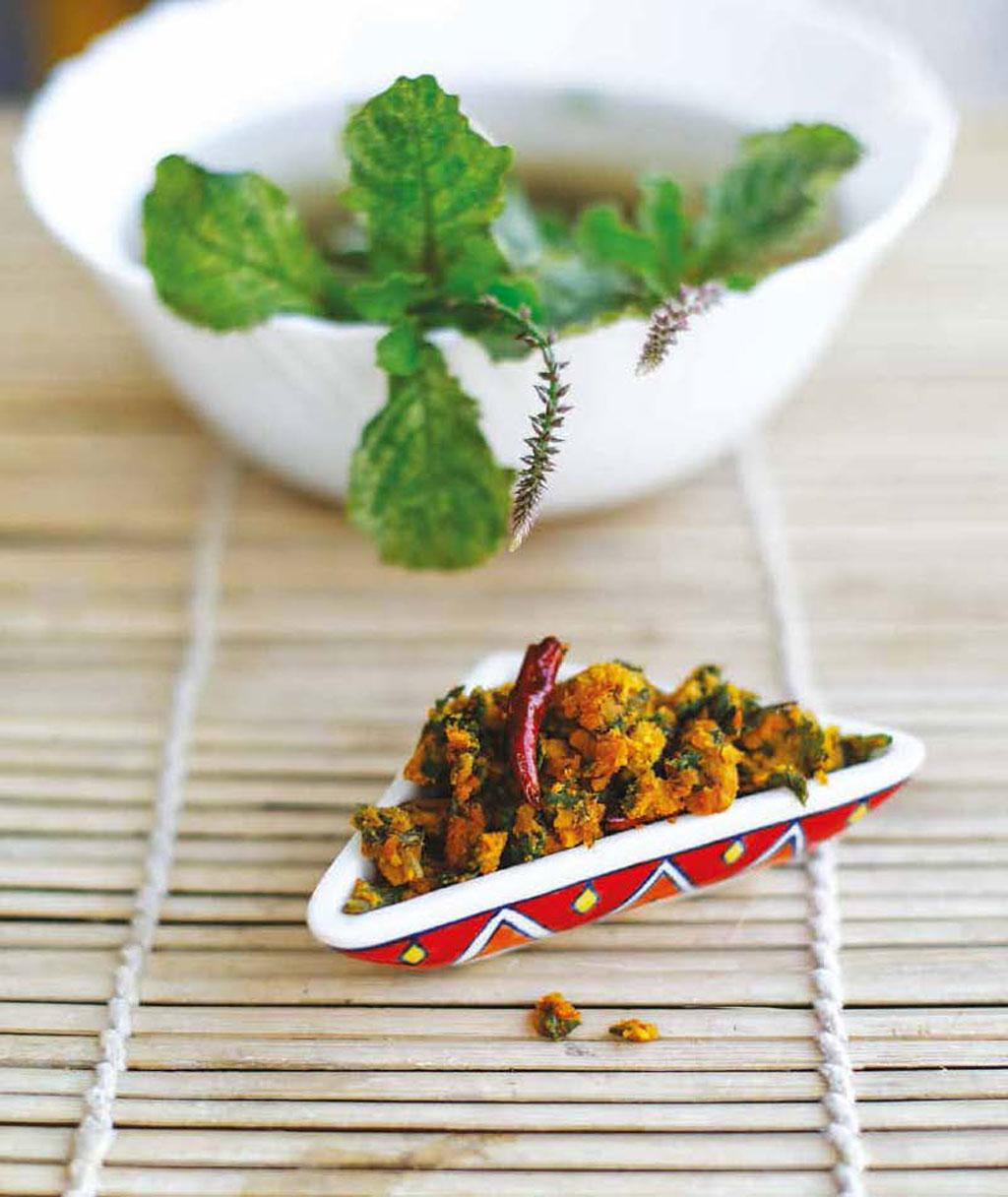 Spinach and fenugreek all bunched up in neat bundles in urban markets: That’s the image one has when thinking of leafy vegetables. But the greens are not just that. They are intrinsic to tribal and rural diets as well. In the densely forested districts of Jawadhu hills in Tamil Nadu, tribal people have something to pluck all through the year from their fields, farms and forests. Men, women and even children can differentiate between the edible and inedible plants. They know the plants that can be consumed when crops fail.

One such leafy vegetable, Achyranthes aspera, grows in abundance in the millet farms of the area during the rainy season between June and September. While weeding the farms, women of Vedaranyam taluka in the state’s Nagappattinam district collect its tender leaves and stems in July itself. This is because they become hard once they start flowering. Locally called nairusedi keeraii, naagar, uthlandiga sepu and nayuruvi, it belongs to the Amaranthaceae family.

Chaulai ka saag, a popular leafy vegetable, also belongs to this group. Achyranthes leaves may be small in stature, but they are packed with nutrition, are delicious and most importantly, have many medicinal properties, says Vasantha of Thommaretti village located in the Jawadhu hills. “Not just leaves, its stem, root and even the seed can be consumed as both food and medicine,” she says. Studies prove her claim.

In Vedaranyam, traditional practitioners use the plant to treat women with reproductive problems, shows a study published in the Journal of Traditional and Complementary Medicine in July 2017. Researchers in Pakistan have found that the plant can be used as a nutritive supplement.

Their study, published in the Pakistan Journal of Pharmaceutical Sciences in September 2014, states that Achyranthes leaves can improve general health parameters such as body weight, haemoglobin and platelet counts. 100 grammes of Achyranthes leaves provide 3.3 g of protein, 417 mg of calcium, 68 mg of phosphorous, 12.5 mg of iron, 5,311 μg of beta carotene and 94.56 mg of vitamin C.

It is said the plant’s root can be used as a toothbrush to kill oral germs. The root’s powder, when mixed with pepper and honey, can cure cough.

The paste of Achyranthes leaves can treat the poisonous bite of an insect, a wasp or a bee. When mixed with onion, the paste can be used to cure skin diseases. It can also treat diarrhoea if consumed along with buttermilk.

These days, Achyranthes is becoming popular among the health conscious as it helps in weight loss. However, it can be harmful if over-consumed. But this is unlikely as the plant’s tender leaves and stems are available only for about 15 days in a year.

During Sunyam panduga, a festival celebrated when the crops are in full bloom, farmers collect fresh beans and greens from their fields and cook them all together in a dish called bajji kura. Achyranthes leaf finds its place in the auspicious recipe.

Samarangana Sutradhara, an encyclopaedia on classical Indian architecture, tells us that its juice can be used as a powerful ingredient for the mixture of wall plaster. Despite the nutritive value, tribal people refrain from collecting the plant now as the farms are heavily sprayed with chemical-based pesticides. Small wonder, this storehouse of nutrition has disappeared from our food baskets.

Boil dal in just enough water till it is half cooked. Add salt and Achyranthes leaves, and boil again. Drain out extra water, if any. Heat oil in a pan, add dal, put chilli powder and fry for some time. Serve hot with roti made of jowar, bajra or ragi.

Boil masoor dal and drain out extra water. Warm oil in a vessel, add mustard, garlic, dry chilli. When they turn brown, add washed and chopped leaves, dal and salt. Close the lid and let it simmer for 8 to 10 minutes. Relish with hot rice.