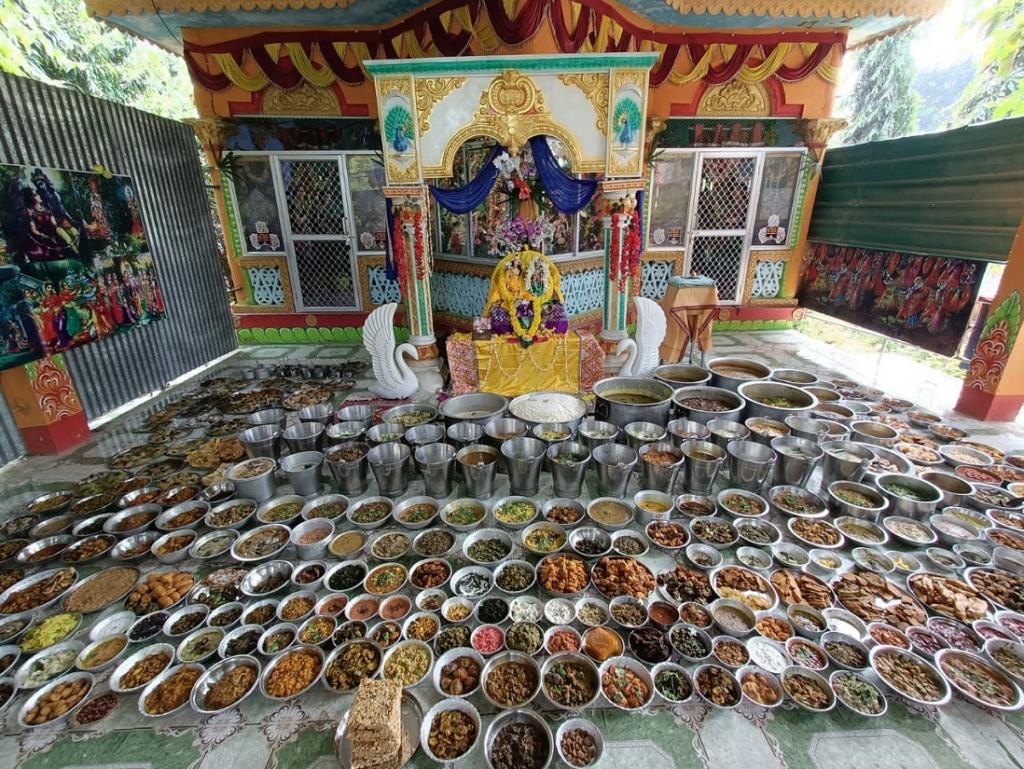 It is a gastronomic and epicurean delight with at least 701 dishes being prepared. Many criticise it as extravagance and a wastage of food. But the festival of Byanjana Dwadashi that ended in Odisha’s temple town of Puri a few weeks ago, is a great step towards promoting food security, according to others.

Byanjana Dwadashi is celebrated by adherents of Vaishnavism, the largest sect within Hinduism, which considers Vishnu and his incarnations such as Krishna as the Supreme Godhead.

“The festival celebrates a variety of food (Byanjana in Odia) on the 12th day (Dwadashi) of the Sukla Paksha or waxing phase of the moon in the month of Margashira (mid-December to mid-January),” Kedar Mishra, an Odisha-based poet and writer told this reporter.

Vaishnavites, through this festival, commemorate an episode of the Mahabharata where Yashoda observes that her son Krishna is pale and weak. She realises that this is because of lack of proper nutrition at a time when Krishna has devoted all his energy in fighting demons.

In order to fulfill his nutritional requirements, she prepares a lot of delicacies and feeds him. Krishna is not the only consumer of these delicacies. His friends – the Gopala Balakas or cowherd boys — also eat with him.

This episode was re-enacted in the Vaishnava mutts of Puri by the medieval seer and mystic, Chaitanya Mahaprabhu, after he reached Puri around 500 years ago.

“This tradition of celebrating varieties of traditional food and sharing them has been going on since then and is prevalent in the Vaishnava mutts of not only Puri and other parts of Odisha, but throughout the country,” Surendra Mishra, a researcher of Vaishnava culture, said.

Indeed, the emphasis on community is a strong one is Byanjana Dwadashi.

“All the ingredients used for the preparation of food are contributed by devotees,” Kadambini Mohanty, a Vaishnavite who offers raw materials for the festival every year, said.

“This year, 20 cooks and 35 assistants were engaged in food preparation on 20 chullahs or traditional clay ovens,” Subala Das Maharaj, the Mahanta or priest of Gourabihar Ashram, a famous Vaishnava shrine in Puri, said.

This year, around 2,000 devotees relished the food, Subala added. While wasting Prasad is considered a sin, it is ensured that everyone had enough food, he pointed out.

“The whole process symbolises the concept of ‘Food for all’. The kitchen may be one, but food should be for all – the very idea of community kitchen during times of crisis like the ongoing pandemic,” Kuna Tripathy, a famous TV anchor of Odisha, well known for drawing analogies between mythology and contemporary subjects, said.

“According to the Vedas, anyone who eats without sharing, eats in sin. King Prataparudra Deva patronised Chaitanya and played a significant role in promoting the value of sharing and inculcating community feeling. Likewise, it is high time our political patrons took a cue from this,” Tripathy added further.

Rajkishore Mishra, who leads the Right to Food campaign of the state, explained the tradition as a symbolic way of addressing the issue of food security with community involvement.

“People having surplus amount should donate it to temples which can prepare food and serve it to those in need. This religious aspect matches the rights perspectives. If we can strengthen this institution, it will not only foster charity among the donors, but dignity among the consumers. Because, in temples, all are considered equals,” Rajkishore added.

The culinary heritage of Odisha that originated essentially from religion, is inextricably intertwined with diversity, which ensures proper nutrition, said Dr Debananda Sahoo, assistant professor of the All India Institute of Medical Sciences, Bhubaneswar.

Traditional Odia food is low on oil and spices and is delightfully tasty, flavourful and healthy, said Samhati Mohapatra, a journalist and cooking enthusiast.

“Take Dalma, Chhatu Besara, Nadia Bara or Dahi Baigana — none of these is dunked in oil and slathered in masalas. But they are immensely tasty,” she said.

Not only the poor, but even the affluent are affected by hidden hunger. The reasons may be attributed to the lack of variety in one’s meal and less emphasis on local and seasonal fruits and vegetables.

The combination of food grains, pulses, vegetables, greens, roots, fruits, dairy, natural sugars like molasses and locally prepared oil and ghee gives a wholesome meal. Byanjana Dwadashi should be an inspiration to include balanced diet in our lifestyle, Dr Sahoo added further.

Mishra, who has done extensive research on Vaishnava culture, said all the cleanliness practices of a Vaishnava kitchen are strictly followed during Byanjana Dwadashi.

After assembling all the ingredients, the vegetables and other washable food items are washed properly, Mishra added. It is mandatory for the cooks and their helps to bathe and wear clean clothes before entering the kitchen. Each of them covers his / her mouth and head properly while cooking and serving food, he pointed out.

All the preparations are covered as soon as they are cooked. Nobody, including the cook, is allowed to smell or taste the food inside the kitchen. Persons with respiratory ailments or other diseases are not allowed in the kitchen, said Subala.

The consumers’ hygienic status is also important. One can get food only after washing his/her hands, feet and face properly, said Ramakrushna Das, priest of Radhaballabha Mutt in Puri.

Apart from physical cleanliness, the whole process also involves purity of mind of the cooks, helps priests and consumers, he added.