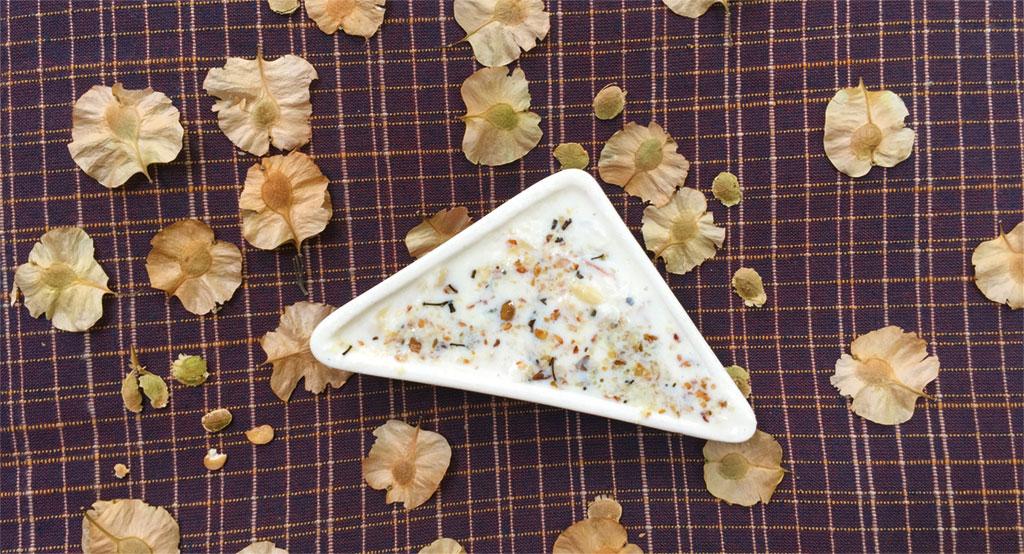 Indian elm or chilbil seeds can not only be served as a healthy snack, they are also a promising source of edible oil (Photograph: Vibha Varshney)

It is difficult to miss the otherwise nondescript Indian elm around April, when its paper-thin winged seeds start floating down from the denuded branches. The tree, also known as jungle cork tree or Holoptelea integrifolia in scientific lexicon, is native to the country and is referred to as chilbil, papri, kanju and several other names in local languages.

In Delhi, where the tree dots roadsides and parks, its seeds are often swept unceremoniously to the sides. And I would not have noticed them, had a colleague not brought a bagful of dried chilbil seeds for me.

These are nutritious and have served as a ready-to-eat snack for children for ages, the colleague said to me, adding that the seeds are also called bandar ki roti or bread for monkeys. A little research into the seeds, however, revealed that the beautiful winged seeds (or samaras) are more than just a snack for children.

When green, they can be consumed raw, mixed with salads, or can be cooked along with other vegetables. When dried, the seeds are used as a dry fruit after removal of the wings.

These can be used to prepare kheer (see recipe). Several ethnobotanical surveys suggest that the seeds are consumed by tribal communities, particularly those in Uttar Pradesh’s Sonbhadra district, Bihar’s Gaya district and in Himalayan Terai region.

Not much information is, however, available on the food potential of these seeds, probably because separating the papery wings from the seeds is time-consuming. The samaras have to be first dried in the sun to remove the last remnants of moisture and then crushed by hand to separate the wings. They are then beaten lightly to break the seed coat and winnowed to get the seeds.

Some online retailers sell dry chilbil seeds for Rs 100 per kg because of its demand for therapeutic purposes. Known as chirbilva in Sanskrit, the seeds have several uses in traditional medicine.

For example, the winged seeds can be crushed and applied in the form of poultice on injuries. A paste of the seeds is an effective treatment for ringworm. A study published in the Indian Journal of Traditional Knowledge in 2020 notes that chilbil seeds soaked in water are used to reduce swelling.

Leaves and barks of the tree too have therapeutic properties. A study published in the Indian Journal of Biochemistry and Biophysics in 2010 finds that chilbil leaves are effective against Staphylococcus aureus bacteria, which causes diseases ranging from food poisoning to skin and bone infections and shows resistance to most antibiotics.

Its leaves are also used to prepare chiruvilwadi kashayam, which helps treat stomach ailments and acts as a mild laxative. Several tribal communities also use different parts of the plant for treating ailments in humans as well as in their animals.

Analyses published in the National Academy Science Letters in 2010 and in the International Journal for Research in Applied Science & Engineering Technology in 2019 show that chilbil seeds contain nutrients like phosphorus, potassium, calcium, magnesium, sulphur, copper, iron and zinc.

While this explains its therapeutic properties, the studies say the seeds are also rich in oil — dry chilbil seeds have 50 per cent oil content. The study published in the National Academy Science Letters thus suggests promoting it as an edible oilseed.

Given that the Indian elm produces a high number of seeds, is drought-resistant and is easy to grow — it can grow on sandy soil and loam to gravelly subsoil— it has a huge potential to be promoted as an agro-forestry plant. Its wood is widely used for making furniture and for construction purposes.

Researchers in Uttar Pradesh have found that the tree can tolerate high levels of air pollution. Though researchers from Gurukul Kangri University in Haridwar say exposure to air pollution can reduce the amount of chlorophyll on its leaves, a study by Ecology Research Laboratory at Hindu College in Moradabad, which analysed 10 trees in the city, finds that the Indian elm has the third most tolerant level to air pollutants.

Yet, the tree is not popular as some people are allergic to its pollen grains. But this should not deter people from benefitting from the tree.