Why kakdi is an ideal fruit-cum-snack during summer

The water-rich fruit is popular among both farmers and consumers as it requires little inputs, grows quickly and is healthy 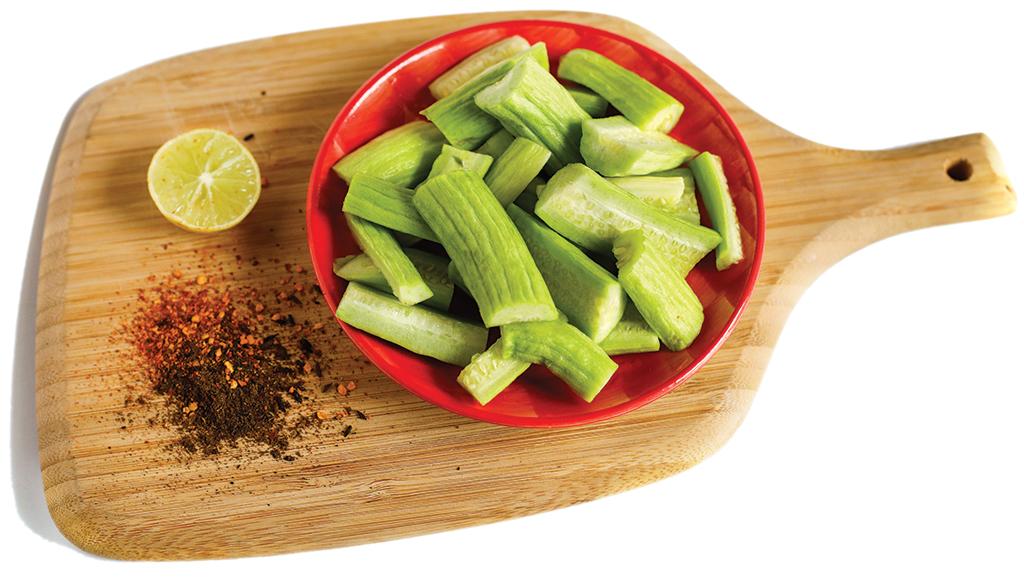 In rural areas of Uttar Pradesh, growing children, especially girls, are often compared to the long, slender fruits of the kakdi vine. The simile, kakdi ki tarah badhna (grow quickly like the kakdi) owes to the fact that the kakdi fruit can double in size overnight. This also bears a social connotation that the girl has reached a marriageable age. It is said that if you sit in a kakdi farm at night, you can actually hear the fruit grow. Brij Pal, who has been growing this lucrative crop near the Yamuna river in Delhi for 15 years, says: “It makes a chat chat sound.” It is a long, slender fruit which looks and tastes like cucumber, but is, in fact, related to muskmelon. Kakdi is scientifically called Cucumis melo variety flexuosus.

As the crop grows fast, it is a quick source of income for farmers. The input costs too are low. Suraj Pal Mourya, who has been cultivating kakdi on the banks of Yamuna for the last 5 years, gives a broad cost-benefit estimate. For 0.25 hectare of land, around 300 gm of seeds are needed and these are available for around Rs 3,500. However, this is a one-time investment as some fruits are deliberately left in the field to mature, and these provide seeds for the subsequent years. This self-sufficiency bodes well as very few seed varieties are sold in the market.

Mourya spends around Rs 5,000 to pre-pare the land, including compost and another Rs 5,000 on pesticides. After 2 months, the fruits are available. Initially, only 10-15 kg is available every alternate day and this sells for around Rs 40–50 per kg. Though the quantity of the fruit increases later in the season—50 kg per day—its price goes down to Rs 10–20 per kg. He estimates that on an average he would earn at least Rs 20,000 from kakdi alone in a season. But along with kakdi, he also grows onion and coriander to supplement his income. His buyers, the local vegetable vendors, sell it for Rs 60 per kg, but this price varies depending on the demand.

The only precaution that Mourya takes is to harvest the fruits when they are around 15-20 cm long. Otherwise, the fruits can harden and do not fetch a good price. It is the only variety of muskmelon that does not need to be peeled before consumption. Sometimes the fruits are bitter and should not be consumed.

The fruit is generally eaten raw and the tender kakdi with young seeds is preferred. During summer, this water-rich fruit is consumed as a snack as it cools the body. Vendors slit the fruit length wise, sprinkle chaat masala and sell it to thirsty customers along roadsides and highways (see recipes). Apart from being used as a salad, it can be also prepared as a raita (a curd preparation) too. For ages, enterprising housewives have converted even the overripe and hard kakdi into a delicious sabji (vegetable). They just remove the seeds and cook it in the same fashion as they would cook bottle gourd.

Kakdi is commonly called snake cucumber or Armenian cucumber. However, its links to Armenia are not clear. Earlier, it was believed that the plant originated in Africa, but recently, researchers have provided genetic proof that the common ancestors of melon originated in India, probably on the foothills of the Himalayas. Their findings were published in PNAS on August 10, 2010.

Ayurveda says the fruit has several medicinal properties. Kakdi seeds soaked in water, along with whole seeds of coriander overnight, are ground into a paste. It is then mixed with water and consumed as a beverage in the morning to treat heartburn and burning sensation during urination. The kakdi plant has also found recognition in modern research. A study published in Metabolic Brain Disease in February 2017 says the leaf extracts of the plant have neuro-protective properties and can protect the brain from oxidative stress caused by diabetes. Though the nutritive value of the fruit is not known, the seeds are said to have around 15 per cent protein and an oil content of 22 per cent. Due to the high oil content, the seeds are being explored as a potential source of oil.