Industry is misguiding the nation on antibiotic misuse in the sector and its contribution to the growing crisis of antibiotic resistance in India, says CSE 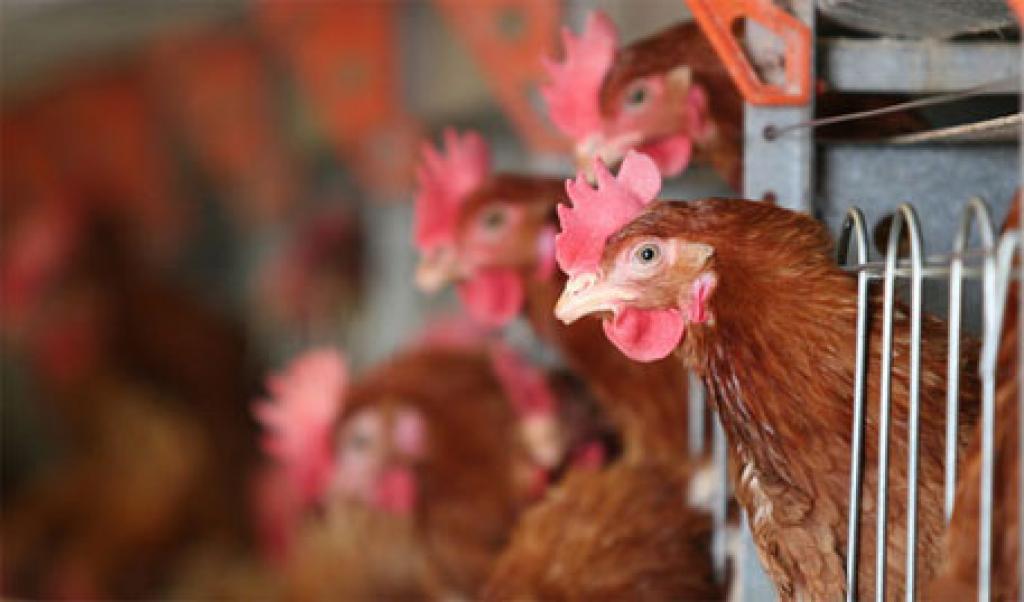 Delhi-based non-profit Centre for Science and Environment (CSE) has slammed the All India Poultry Development and Services Private Limited for its advertisement which appeared on February 27 on the front page of a leading national daily, as “complete misrepresentation”.

The advertisement refers to the results of a 2014 study conducted by CSE on poultry meat. CSE has strongly rejected to the way the study results have been twisted to suggest that there is no misuse of antibiotics in the poultry sector and that the chicken produced is safe.

“This is a complete misrepresentation of the facts and antibiotic misuse practices adopted by the Indian poultry industry. Antibiotic use in the poultry sector is rampant. They are even using life-saving drugs like colistin to fatten the chicken. There seem to be no genuine attempt by the industry to reduce antibiotic misuse and this advertisement is eyewash,” said Chandra Bhushan, CSE’s Deputy Director General, in an official statement from the organisation.

“In fact, the industry has ignored the results of our latest 2017 study, which show how poultry farms are breeding grounds of superbugs. They are misguiding the nation and trying to dilute their contribution to the problem of antibiotic resistance. This will not help the industry in the long-term. They must act responsibly,” Bhushan added.

Referring to the issue of Maximum Residue Limits (MRLs) in the advertisement, Amit Khurana, Senior Programme Manager, Food Safety and Toxins team, CSE said: “It is a myopic view as residue level in food is only one part of the problem. Resistant bacteria can also get transferred to handlers and consumers. Unabsorbed antibiotics as well as resistant bacteria in chicken droppings which enter the environment are a big concern. The problem starts with antibiotic misuse.”

Since India does not have any standards on residue levels in poultry meat, Chandra Bhushan says that, "Comparing residue results with the MRL of European Union is meaningless. Our study was aimed at establishing the fact that banned, critical and highly prescribed antibiotics are being misused by the poultry industry—we did not make any comparisons with MRL as India does not have an MRL of its own.”

Added Khurana: “Moreover, we have recently highlighted the double standards of fast food multi-nationals in eliminating antibiotic misuse in their chicken supply chains in India. It is clear from our analysis that antibiotics are misused in the absence of control and there is no voluntary commitment to discontinue such misuse.” 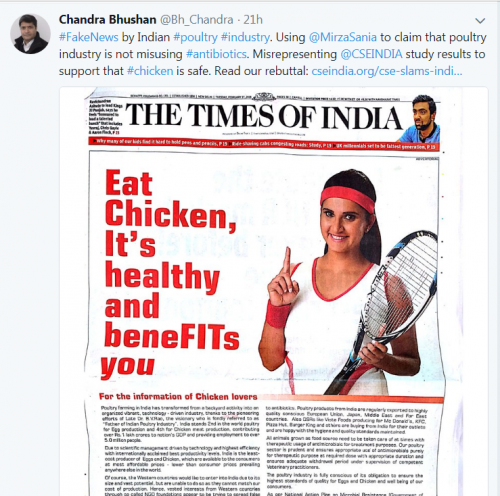 CSE researchers believe that even after so many years of the issue being highlighted, the government response to address the antibiotic resistance crisis has been inadequate so far. “There is no legal ban on the use of antibiotic growth promoters in poultry. The 2014 advisory from the Department of Animal Husbandry, Dairying and Fisheries has no legal binding. The Food Safety and Standards Authority of India is yet to come up with final standards of antibiotic residues in chicken. We have a National Action Plan on anti-microbial resistance now, but unfortunately there are no funds allocated for it. The plan would have no real functionality without money put behind it,” said Bhushan.