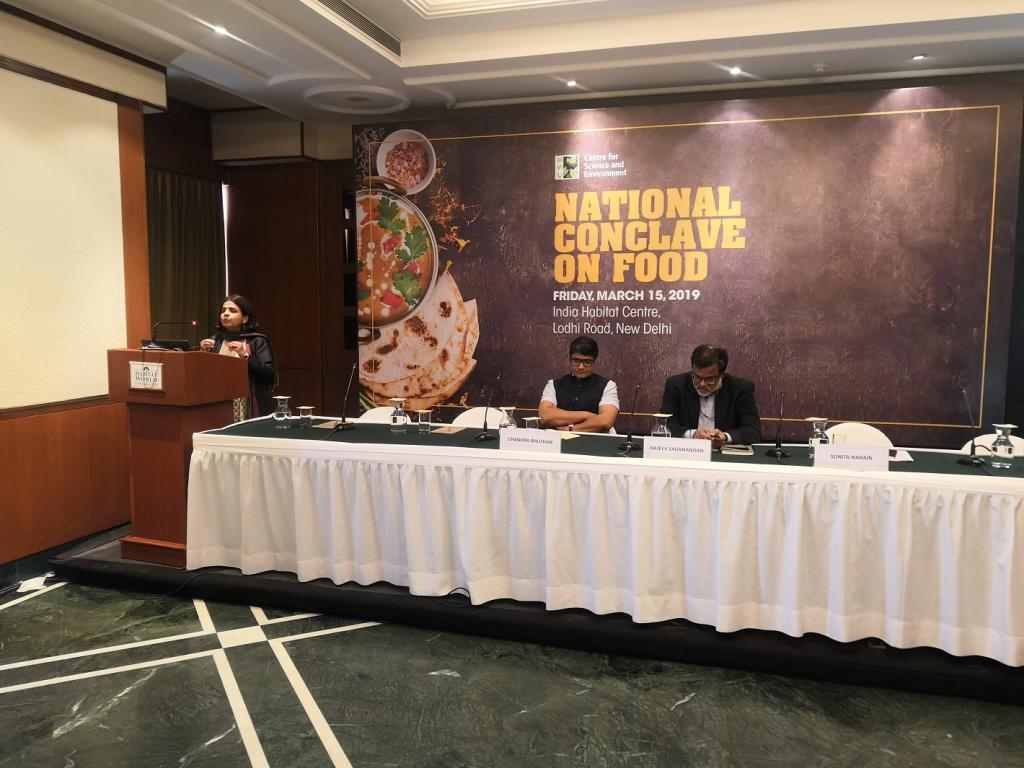 The National Conclave on Food, hosted by New Delhi-based non-profit Centre for Science and Environment (CSE), saw experts stress on the importance of a policy-level change in terms of advertisements on junk foods and sustainable ways to produce food.

The Food Safety and Standards Authority of India (FSSAI) last year launched a campaign called ‘Eat Right’, to create awareness on the salt, sugar and fat content in food. “However, the draft notification on labelling of junk food has not been notified yet,” says Chandra Bhushan, Deputy Director General of CSE.

Bhushan adds that schools need a regulated guide regarding the food menu, and checks should be introduced on advertisements on High Sugar and Salt (HSS) food items. Further, the conclave saw discussions on sustainable food production, including pesticide management, and organic farming.

It further states that “changes in food production practices could reduce agricultural green-house gas emissions in 2050 by 10 per cent, whereas increased consumption of plant-based diets could reduce emission by 80 per cent.”

“In recent years, people in Kerala, who were once responding to antibiotics, are not doing so any more. This issue is not limited to Kerala but its global phenomenon. When we tested some food products for trans-fat, especially in packaged food, the levels did not match with the label on packet. Also, the trans-fat levels in Vanaspati or cooking oil was above 5 per cent — way ahead of FSSAI standards,” said Rajeev Sadanandan, Additional Chief Secretary, Department of Health and Family Welfare, Kerala, who was the chief guest at the event.

The World Health Organization (WHO) has stated that AMR is one among the top 10 threats to global health in 2019; with antimicrobial resistance (AR) accounting for 1.6 million deaths every year due to the tuberculosis drug resistant microbe.

Antibiotics are being overused across the globe not only to treat diseases but also as growth promoters in livestock. Poor management of farm waste has also been blamed for the spread of antibiotic resistant microbes.

The Conclave aims to bring all stakeholders within the food industry, ranging from nutritionists and farmers to representatives from FSSAI, to urge policy changes to promote sustainable food production, and reduce non-communicable diseases as well as AMR.