Scientists classify Amaranth as a grain, but most Indians treat it as non-cereal 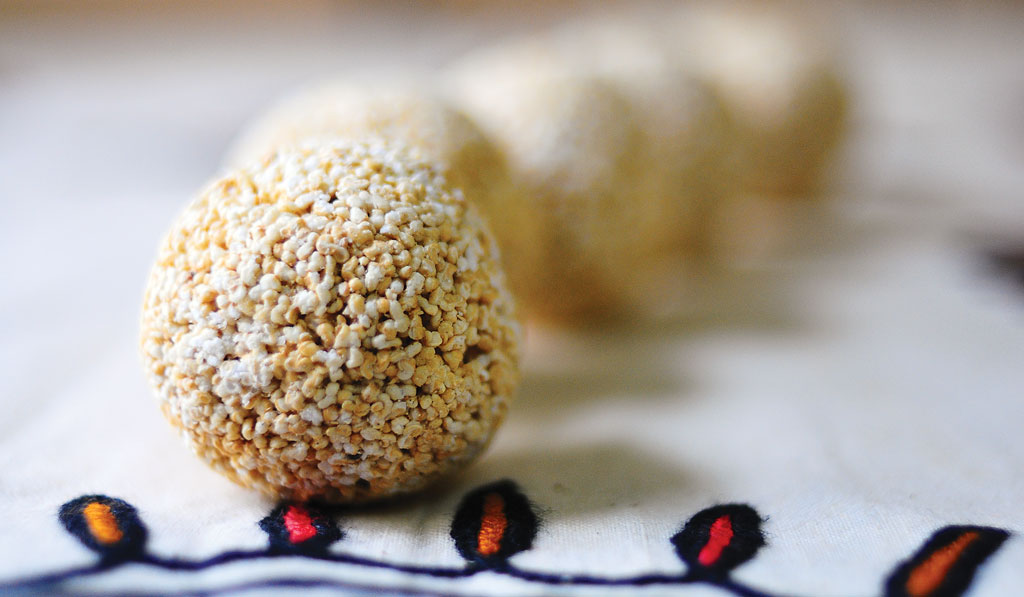 The plant species Amaranths (Amaranthus hypochondriacus) is best-known in north India as ramdana -- loosely translated as 'the lord's grain' or 'the grain gifted by god'. It grows in abundance between the altitudes of 1,000-3,000 metres in the Himalayan region, stretching from Kashmir to Bhutan.

Amaranths in bloom lend a surreal scarlet hue to the Himalayan landscape. It is also grown in Madhya Pradesh, Gujarat, Maharashtra and Tamil Nadu. Amaranths leaves and grain have traditionally been part of the staple diet of the hill folk.

Traditional wisdom -- the priceless repository of folk science -- recognised the beneficial properties of Amaranths. Ramdana was a veritable ramban aushadh (a panacea of cures), alleviating piles, reducing the misery of eczema, providing relief in colic and acting as a diuretic. Boiled Amaranth leaves were applied as a poultice to reduce painful swellings, and at times, even to manage snakebites and scorpion stings. Indian farmers were well aware of its lactogenic effects, and fed it to their cows.

There are references to the use of Amaranths in Mexico as far back as the fifth century bc. Spanish conquistadors have documented that the Aztecs ritually used the red colour obtained from Amaranth flowers in their human sacrifice rituals. As in India, Amaranths were considered sacred and sanctified in the Americas as well.

The most common Amaranth grain variety used in India is Amaranthus hybridus, believed to have risen from a strain found in Latin America. This is commonly known as ramdana, chua, chaulai and pungikiri.

The grain and leaves combine to provide perfectly balanced food -- nutritious and cheap. K M Nadkarni's Indian Materia Medica notes that the seed, rajgiri in popular parlance, contains (in percentage) moisture 8.9, ether extract 5.25, albuminoids 15.43, soluble carbohydrates 65.82, woody fibre 1.95 and ash 2.65, rendering it ideal food. It could well be that this intuitive knowledge inspired our forefathers to call it the grain gifted by the lord!

Curiously, while scientists classify Amaranths as a grain, most Indians treat it as non-cereal. This allows ramdana to be eaten as phalahar (permitted fruit diet) during fasts.

Those abstaining from grains can as a matter of fact treat themselves to an entire feast fashioned from Amaranths -- ramdane ki roti, chaulai ka saag, chaulai ka raita, ramdane ki kheer, halwa as also ramdane ke laddoo or ramdane ki chikki! From starters to dessert, amaranth is evidently the answer to the fasting person's travails.

Ratanjot or cockscomb, which imparts the characteristic red hue to the Kashmiri delicacy roghanjosh, is the root of the Amaranth. Many modern medicines also use this vegetable dye to improve their appearance.

What has long been the poor person's staff of life is fast becoming a health food fad. Hygienically andattractively packed, ramdana now finds a prominent place in superstore shelves: the flavour of the month, good for diabetics and lowering cholesterol. And with a rather hefty price tag -- Rs 90 for just 200 grams. One only hopes some poor farmer somewhere is getting a small share of the profits.

Method: Roast the chaulai lightly. Prepare sugar syrup by dissolving sugar in water and boiling till the syrup is sticky. Add enough quantity of the syrup to the chaulai to be able to roll small balls. Give final touches to the laddoo by rolling them on powdered cardamom. Honey could also be used to sweeten the laddoos. Place the balls to dry on a lightly greased plate