You can interpret banana flowers in many ways—religious, medicinal and culinary 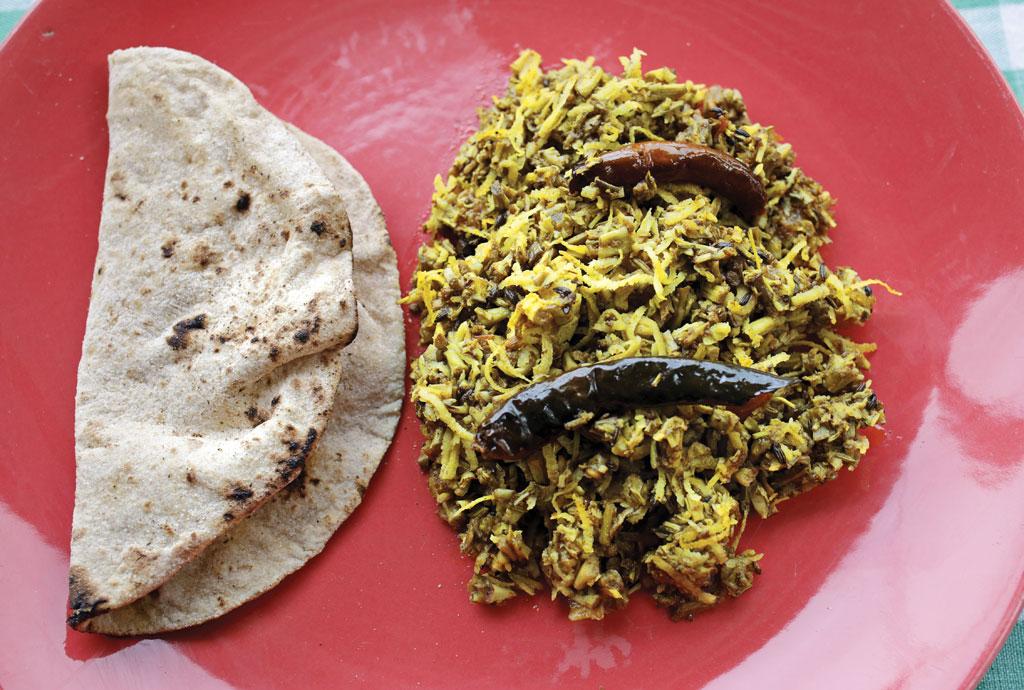 According to folklore of Gadaba, a tribe in Andhra Pradesh, banana was one of five sisters; mango, tamarind, fig and jamun being the others. When they were growing up, their father asked them what they wanted in terms of marriage and children. The banana said she wanted children, but not a husband. So she did not marry, but produced many children. That’s probably why the plant produces flowers parthenocarpically—production of fruit without fertilisation of ovules.

Banana tree is considered auspicious—it is an integral part of wedding rituals and its leaves are used to decorate the mandap (wedding platform). Its fruit is presented as an offering to deities.

In many cultures across India, the banana flower is considered to have the power to ward off bad omens. This may or may not be true, but the flower has been scientifically proven to treat a host of diseases such as dysentery, ulcers and bronchitis. The flowers are rich in antioxidants, fibre, proteins and unsaturated fatty acids and are a good source of vitamin E and flavonoids.

A study published in the Bangladesh Journal of Pharmacology in 2014 found that banana flowers can serve as a very good natural source for the development of an anticancer lead molecule which has least side-effects. But what could interest the youth is the flower’s ability to reduce body weight and improve longevity. Banana flowers have also been found to improve the health of the uterus.

In traditional homes, lactating mothers are encouraged to consume banana flowers as it increases breast milk supply, and it can also prevent constipation in pregnant women. It is used to treat menstrual bleeding and can help women suffering from polycystic ovarian syndrome. According to a study published in the Journal of Chemical and Pharmaceutical Research in 2010, banana flowers can help heal wounds and prevent infection. It is a natural antidepressant as it contains abundant magnesium. Rich in iron, the flowers can increase haemoglobin in the body and prevent anaemia.

Banana flower is called mocha in Bengali, vazhaipoo in Tamil and kelful in Hindi. In Tamil Nadu, banana flowers are prepared in a number of ways including Vazhaipoo Vadai (a tea snack), Vazhaipoo Kootu (a vegetable dish) and Vazhaipoo Poriyal (a stir fry vegetable dish). In Bengal, mocha stir fry is a popular dish (see recipe). In north India and in Maharashtra kelful bhaji is a vegan delight.

Take some time out to understand and savour banana’s various threads.