Food and beverage products marketed by music stars are unhealthy 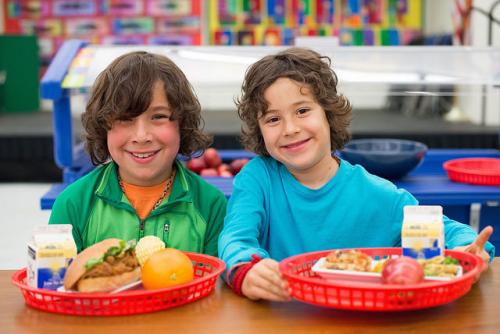 Increase in the number of advertisements on unhealthy food is linked to higher rate of childhood obesity. A study conducted by researchers at the New York University Department of Population Health at NYU Langone Medical Centre shows that the majority of the food and beverage products marketed by some of the most popular music stars are unhealthy.

This study, published in the Journal Pediatrics, is believed to be the first of its kind to use a rigorous nutritional analysis to evaluate healthfulness of food and drinks marketed by music stars. The team of researchers looked at all the endorsements available in a US advertising industry database. It was alarming to note that none of the stars in the study were seen promoting fruits, vegetables and whole grains. Sodas, sugary drinks, fast food and sweets were among the most commonly endorsed products. Only one of the artistes endorsed a natural food deemed healthy – pistachios.

Of the 590 endorsements made by the 163 celebrities in the sample, consumer goods represented the largest endorsement category (26 per cent), followed by food and beverage (18 per cent) and retail (11 per cent). Sixty-five celebrities, including Britney Spears, Justin Timberlake, Christina Aguilera and Mariah Carey, were associated with 57 different food and beverage brands owned by 38 parent companies. The biggest category of endorsements overall was for full-calorie soft drinks. For example, Pepsi was endorsed by popular artistes such as Beyonce, Enrique Iglesias, Shakira and One Direction.

To identify popular music stars, the research team went through YouTube videos, reviews at the Teen Choice Awards and Billboard Magazine’s “Hot 100” song charts from 2013 to 2014. The researchers restricted their star search to 2013 and 2014 and used the AdScope database (a US-based advertising database) to study all forms of endorsements, whether on television, in magazines or on radio.

The nutritional quality of food was assessed according to the Nutrient Profile Index (NPI) whereas the non-alcoholic beverages were evaluated based on calories from added sugar. On assessing NPI, the researchers found that 21 out of 26 food products (81 per cent) were deemed “nutrient-poor” and “energy-dense”. Of the 26 brands that received NPI scores, only six had scores in the ‘healthy’ range. The investigators determined a beverage’s healthfulness by looking at calories from added sugar. Of the 69 beverages endorsed, 49 (or 71 per cent) were sugar-sweetened. Full-calorie soft drinks were the most commonly endorsed in the category. In contrast, water-related endorsements appeared only thrice.

The study also showed how kids are bombarded day after day with ads. According to the research by Washington-based Institute of Medicine, children see about 4,700 ads each year and teens see about 5,900 ads a year. Although many food and beverage companies in the US have taken voluntary pledges not to target children under 12 years old with certain products, teens are not included. Voluntary limits placed on advertising to children should be extended to teens, the authors suggest.

YouTube video versions of food and beverage endorsements experienced a staggering 313 million views, although the researchers could not separate the data on multiple views by an individual. Watching any kind of food advertisement is linked to “excessive consumption”, the researchers found.

As adolescents typically listen to music 2 to 3 hours a day, these music artistes can have a stronger influence. This data “supports the need for a policy that encourages companies to use influential celebrity endorsements for more healthy food and beverage options in an effort to curb rising childhood obesity rates”.

Since childhood obesity is considered to be a public health crisis in the US, this study urges the companies to ensure that celebrities use their influence to promote and encourage consumption of healthy food. It is important to raise awareness about how companies are using celebrities popular with these audiences to market unhealthy products. Research has already shown that food advertisement leads to overeating, and the food industry spends $1.8 billion per year marketing to youth alone.

The American Beverage Association, which speaks for the US soft drink industry, however, refused to comment on the issue.