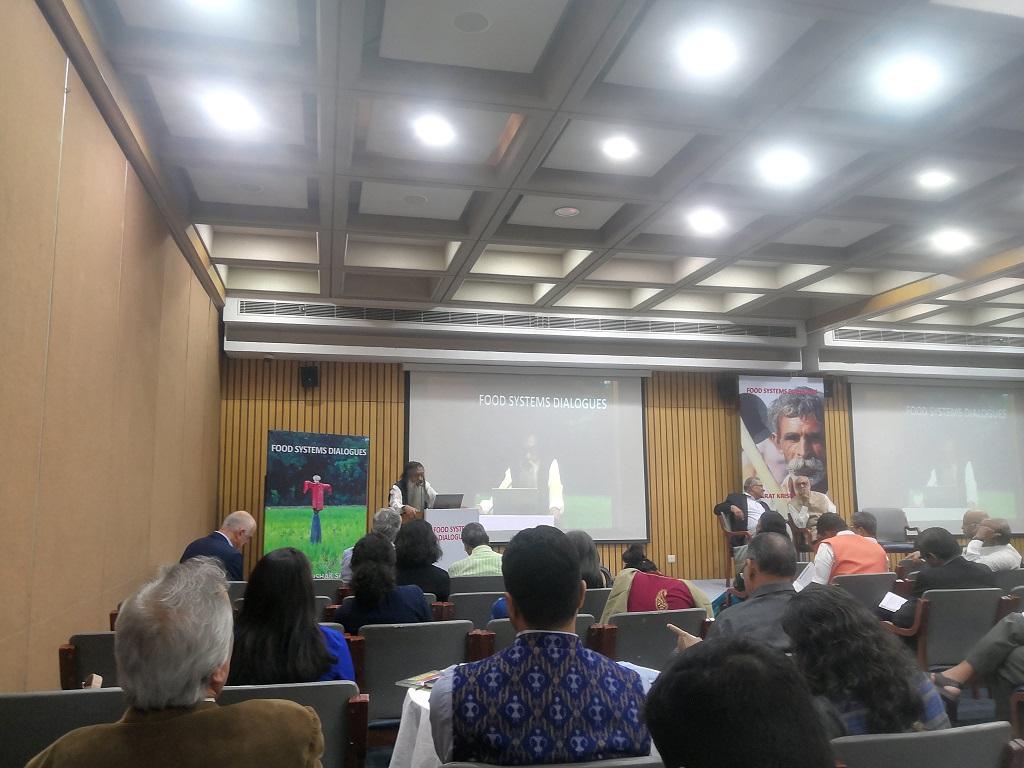 Food production experts who had come together at a two-day event in the national capital to discuss how food systems could best be transformed in line with the 2030 Agenda for Sustainable Development, called for more quality and localisation of agriculture in India.

The remarks were made at the fourth global event of the Food Systems Dialogues (FSDs), following Stockholm, Oslo and New York.The dialogues are curated by Dr. David Nabarro, Special Advisor to the UN Secretary General & Recipient “2018 World Food Prize”. The Delhi event was held on October 25 and 26.

“We need a different vision for agriculture, food and nutrition in the next 10 years”, said T Nanda Kumar, Former Secretary at the Union Ministry of Agriculture.He added that currently, the whole system of Indian agriculture was focused on high levels of crop production.“Take for instance, paddy grown in Punjab. It is not suitable to the local conditions. We need to move towards producing quality and indigenous varieties of crops. This, in turn, will address the malnutrition issue in rural areas,” he said.

Ashok Gulati, Infosys Chair and Professor for Agriculture, Indian Council for Research on International Economic Relations (ICRIER), agreed with Nanda Kumar. “These days, it takes 5,000 litres of water for growing every one kilogram of grain.”

The experts also discussed gaps within livelihoods of Indian farmers.

“There are approximately 7 million small farmers who own less than an acre of land. They are barely able to produce eight quintals of grain. Thereis hardly any surplus left. What will the farmer sell?” asked Ramesh Chand, Member,NITIAayog. Neelkanth Mishra, MDand India economist and strategist, Credit Suisse added that India‘s per capita calorie consumption had been falling because of mechanisation of life. This had happened in China in 1984 and also in the UK in 1983, he noted.

Countries like the US, China and Brazil either have larger land masses or they are part of bigger economic unions.For instance, 50 per cent of the Netherlands’ exports, which is the second-largest agriculture exporter, goes to Germany, the UK and Italy. “In case of India, we don’t have neighbouring markets. This is a bigger issue when it comes to livelihood gaps. A surplus is needed both, in terms of processing food as well as export.But in case of India,   neither is there an export market nor a surplus. A policy-level change is needed in these areas to make farmers’ livelihoods better,”the experts said.