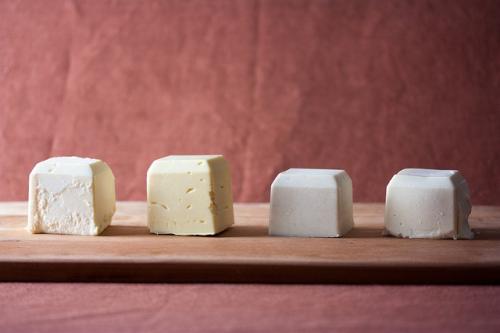 A new directive issued by the Food Safety and Standards Authority of India (FSSAI) has extended by six months the implementation of the revised five per cent limit (by weight) of trans fats in interesterified vegetable fats, margarine, fat spreads and hydrogenated vegetable oils.

The amendment notified in August 2015 for implementation in August this year has now been extended till February 2017. The extension has been given on the food industry’s request for utilising their packaging inventory materials.

Implementation of a second amendment—label declaration of trans fats and saturated fats on packaged labels notified in May this year—has also been delayed by six months till December 2016, as per the FSSAI directive released last week.

This entails that the quantity of trans fats and saturated fats should be stated on the labels of edible oils, interesterified vegetable fats (hydrogenated or partially hydrogenated oils), edible fats, margarine, fat spreads (mixed fat spread and vegetable fat spreads) and food packages where fats, oils and fat emulsions are used as ingredients. This extension has also been granted at stakeholders’ request.

Such delays indicate that public health is not important in our country compared to simple procedural changes that the food industry is supposed to cooperate with, experts said.

“No company places a one-year advance order for inventory of any material because there is always a chance of price fluctuation for packaging materials. Also, the current technology is so advanced that one can make mid-course correction in packaging which is not a major cost. The cost of advertisement is more which companies are spending on. Such reasons appear to be simple excuses for not complying with the regulations” Vijay Sardana, a food safety and food business expert based in New Delhi, said.

This is not the first time that the implementation of revised or new regulations has been delayed by the FSSAI. The initial limit set by the FSSAI for trans fats (10 per cent by weight) took three years to get notified in June 2013. This was despite the fact that trans fats used were much higher in limit than the standards set by countries such as Denmark and Switzerland.

After the notification, which was to be implemented within 60 days from its date of publication in the official gazette, the food industry was granted an extended time period by the FSSAI till 2014 to comply with the changes.

The implementation of labelling regulations notified in 2013 for the 10 per cent trans fats limit was also significantly delayed until 2015.

As per the 2009 agreement of oil and fats sub-committee of the Ministry of Health and Family Welfare, the limit of 10 per cent was to be reduced to 5 per cent in three years.

Delays have become a regular practice which needs to be checked by the FSSAI. The food industry gets a long time to comply with any new regulation, and moreover, people in this sector are generally aware of such amendments before they actually get notified, experts feel.

There is no reason for delayed implementation of laws. Such practices highlight the lack of concern towards public health in the food industry, Sardana added.

“FSSAI‘s notifications are designed in consultation with the industry. The industry forcing the authorities (read FSSAI) to delay the implementation is not in good spirit. This shows that (food) companies are giving more priority to commercial interests than the health of consumers. Any delay in implementation is a compromise with public health.”