Galgal: Some zest and a punch

India is said to be the centre of origin for citrus fruits like galgal, but disasters such as the recent flash floods in Chamoli threaten their natural habitat 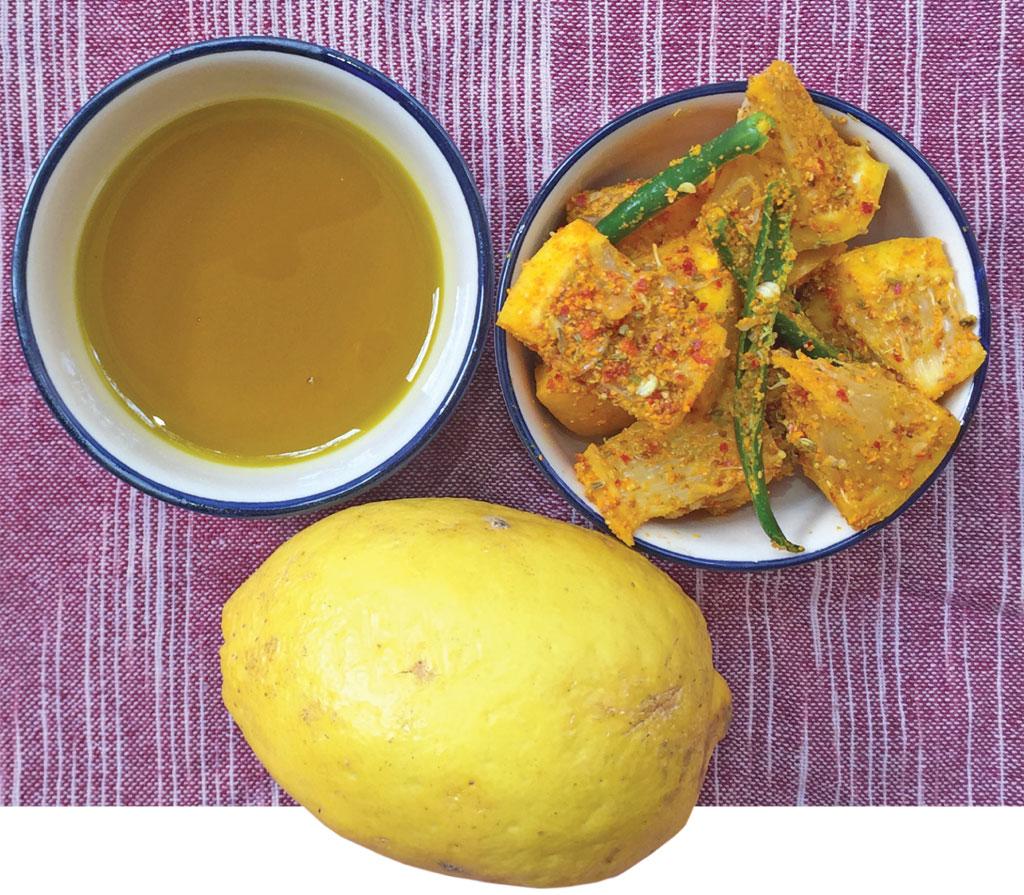 Every winter I eagerly wait for a piece of the Himalayas in Delhi. Vegetable markets in the city sport a large citrus fruit, galgal (Citrus pseudolimon or hill lemon) during the first two months of the year. This thick-skinned, acidic lemon is used with green chillies in a pickle that, for a week or two, becomes an indispensable part of my meals. The sourness of the pulp and the bitterness of the rind work together in the pickle, which tastes best with rice and lentils.

This year, my pickle was still not ready when Uttarakhand’s Chamoli district was hit by a massive flash flood triggered by an avalanche. Gushing water destroyed everything in its path, including dams.

Chamoli is among the few places in the country which has a high genetic diversity of citrus fruits, according to National Research Centre for Citrus in Nagpur. Some 27 species of citrus grow in India, 23 of which are found in the North East. But galgal is more commonly found in northwestern foothills of the Himalayas, including Jammu and Kashmir, Himachal Pradesh and Uttarakhand.

In fact, citrus is among the top three horticultural crops grown in Uttarakhand, along with mango and apple. Various fruits like malta, lemon, lime, galgal and citron grow in the state, but the production figures for each of them is not known.

The loss of galgal trees during the Chamoli flood is not likely to be mentioned while taking stock of the damage. The fruit is little studied and did not even find mention in the Environmental Impact Assessment reports made before the dams were built. Often, wild trees such as galgal are felled for development projects as no value is attributed to them.

But the adverse impact on the fruit is significant, as India is the centre of origin for citrus. The preservation of wild varieties, such as galgal, is also important in the fight against climate change and diseases. They have hardy genes that can be transferred to commercial varieties through cross-breeding.

Galgal has a high yield, is tolerant to citrus canker, and is adapted to temperature variations. It can survive in both 40 degrees Celsius summers and 4°C winters. An exploration carried out by researchers from the YS Parmar University of Horticulture and Forestry in Himachal Pradesh and the National Bureau of Plant Genetic Resources in Delhi in 2012-13 to study the natural variability of hill lemon, has found some plants possessing a unique trait of flowering and fruiting simultaneously. This offers opportunity for year-round production, they said.

There are other advantages of this fruit. Galgal is rarely cultivated. It is rather collected from the wild. So we can be certain that it is organic. But in Delhi, it is an expensive purchase because it is not commonly found in markets.

To make my pickle (see recipe), I bought two galgals for Rs 20 each. However, the pickle is popular and provides good returns. For example, a popular online seller of traditional goods sells 450 g of galgal adrak mirch pickle for Rs 549.

In Uttarakhand, the juicy arils of the fruit are also used in a salad — they are mixed with a rough chutney of mustard leaves. Both salt and jaggery are added to enhance the sour taste of galgal and the whole preparation is smoked with mustard oil.

People in Himachal Pradesh also concentrate the fruit’s juice to make “chukh”, a souring agent used during winters when the fresh fruit is not available. Researchers at YS Parmar University have found that the preparation can be stored for as long as 10 months by using 20 g of salt per litre of juice and then covering the concentrate with 20 ml of mustard oil. This process helps retain the taste and flavour, and maintains the colour of the concentrate as well.

Modern research has also found a use for the peel of galgal, which constitutes 25-35 per cent of the fruit’s weight and is a rich source of pectin that finds multiple uses in the food processing industry. Researchers from the Institute of Pharmaceutical Sciences, Kurukshetra University in Haryana have found that the alcoholic extract of the leaves have antioxidant and anti-diabetic properties. They have observed that oral administration of the extract in rats can reduce elevated fasting blood glucose, lipid levels and oxidative stress.

Maybe food substitutes to the galgal can be found, but there is no substitute to its cultural value. In Himachal Pradesh, galgal is a part of festivals such as Sair that is celebrated at the end of summer in September, to thank the deities for a good harvest.

According to tradition in Kangra district, a barber goes round from house to house with a galgal in a basket and the residents bow to the fruit, praying for a rich harvest in the future as well. Rich harvest is what people living at the foothills of the Himalayas need after the recent event.