FSSAI says it will frame a law to regulate GM food, but fails to talk about the prevalent illegal trade and mislabeling 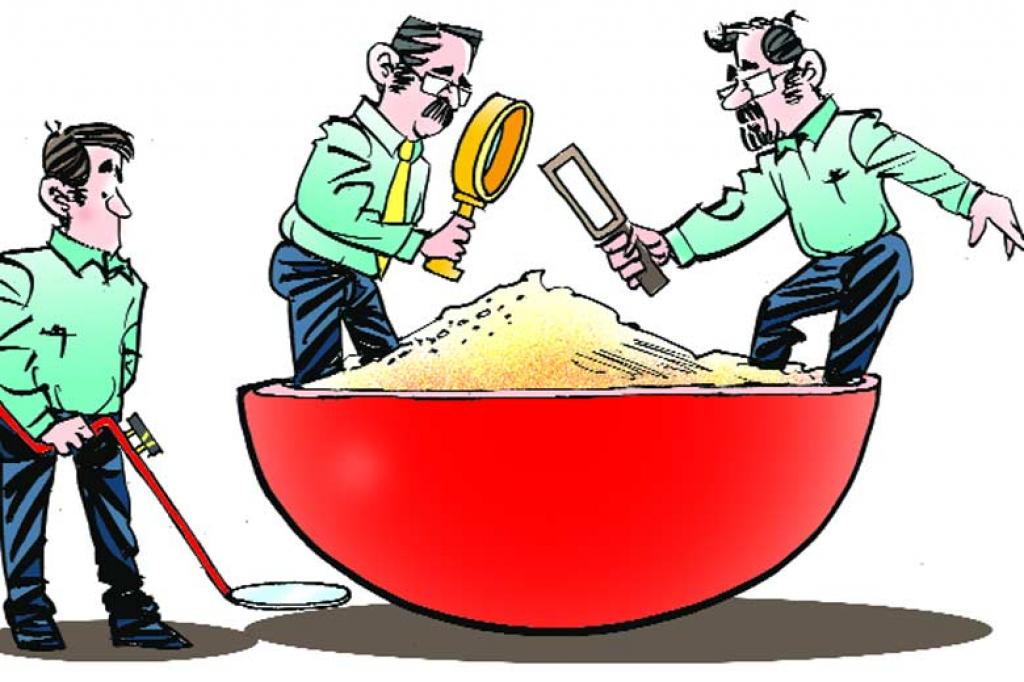 Six hours after the Centre for Science and Environment (CSE) released its findings that said one-third of the processed food samples it tested had illegal genetically modified (GM) ingredients, the Food Safety Standards Authority of India (FSSAI) decided to release a statement. But, all the food safety regulator could say was that they were in the process of framing a law to regulate GM food.

“The FSSAI has initiated the work on framing regulations on GM food. The intended regulations would essentially lay down procedures for safety assessment and approval of foods, including imported foods, derived from genetic modification processes,” read the statement. It added that these draft regulations will then be approved by its scientific panel, scientific committee and the Authority, notified in the gazette to get all stakeholders’ comments for consideration. The FSSAI then plans to finalise the regulations with the government’s approval. But, it has failed to provide any timeframe for this task.

Earlier, FSSAI’s CEO Pawan Agarwal had told Down To Earth that the food safety regulator would soon put out a formal statement and he would not like to say anything more than that. But the statement didn’t say much either.

The FSSAI’s statement was completely silent on many concerns raised by the CSE, primarily the ones around the illegalities in the packaged food business. This is when the Section 22 of the Food Safety and Standards Act, 2006 says that no person shall manufacture, distribute, sell or import any genetically modified article of food except as otherwise provided under the Act and regulations made thereunder. The CSE findings said 32 per cent (21/65) of processed food samples it tested were GM positive. Of these, 80 per cent were imported. GM-positive imported food products were based on or used soy, corn and rapeseed (canola), which is often used to make cooking oil. Positive samples manufactured domestically were made from cottonseed, ie cotton seed oil.

“How could FSSAI not consider the fact that in India a majority of cotton grown is GM cotton and  most of the cottonseed is oil being derived from GM cotton,” asked Chandra Bhushan, deputy director general of CSE at the time of the study’s release. But, the FSSAI’s statement does not have a mention of this.

Although no other domestic product tested was found to have GM ingredients, a whole range of imported products were found to be GM positive. They included infant food for lactose-intolerant children, edible oil and packaged food snacks. Most of these are imported from the US, Canada, Netherlands, Thailand and the UAE.

Moreover, some of the processed food products that said they had GM ingredients were openly being sold in Delhi‐NCR markets, when such imports are not allowed. Many NGOs have even complained to FSSAI about this. But, the authority neither investigated the matter, nor took any action. Even the statement it issued on Thursday had no mention of these imports.

Another major concern that went unaddressed is labelling. Of all the products tested positive for GM, 65 per cent did not mention the use of GM ingredients on their packets, 15 per cent claimed to be GM-free and 20 per cent labelled their products as those containing genetically engineered ingredients.

The FSSAI’s proposed regulation says that a food product should have a label saying it contains GM ingredients only if their presence is more than 5 per cent by weight. But, another arm of government, the Legal Metrology Department, under the Union Ministry of Consumer Affairs, Food and Civil Supplies, has rules dated 2011 that say every package containing GM food shall, at the top of its principal display panel, bear the letters ‘GM’, no matter what the quantity is. This means FSSAI’s draft is in contravention with the rules set by another arm of the government.

While the FSSAI’s statement doesn’t address this ambiguity at all, it tries to justify why it fixed the 5 per cent threshold.  “A large number of countries, including Japan, Canada, Thailand and Indonesia prescribe a threshold value of 5 per cent by weight,” read the statement. However, Bhushan clarified that unlike India, the laws in these countries are not blanket laws. “Japan allows genetic engineering only in 33 food categories, but we don’t have any such restriction. Also, Japan allows cultivation of eight GM crops, we do only for one, that is cotton. So how can we compare Japan’s standards,” he said.

The GM threshold in European Union is 0.9%, while in Brazil, New Zealand and Australia it is up to 1 per cent. But the FSSAI, in its statement, said decreasing the threshold level would mean that the cost of demonstrating/verifying compliance would increase as it would require greater technological investments and therefore it is not cost-effective. “But it is no alibi. We can’t say we are a poor country and so we can’t give the right to know to people. If we don’t have the infrastructure, we can simply go by the regulation of the Legal Metrology Department. So it would be a win-win situation for both the government, as it need not invest more in infra, and the consumer since he/she would at least be able to make choose. That is what all we are asking for,” said Sunita Narain, director of CSE.