Seeds hold the promise of life, and hence they are so carefully stored in seed banks across the world 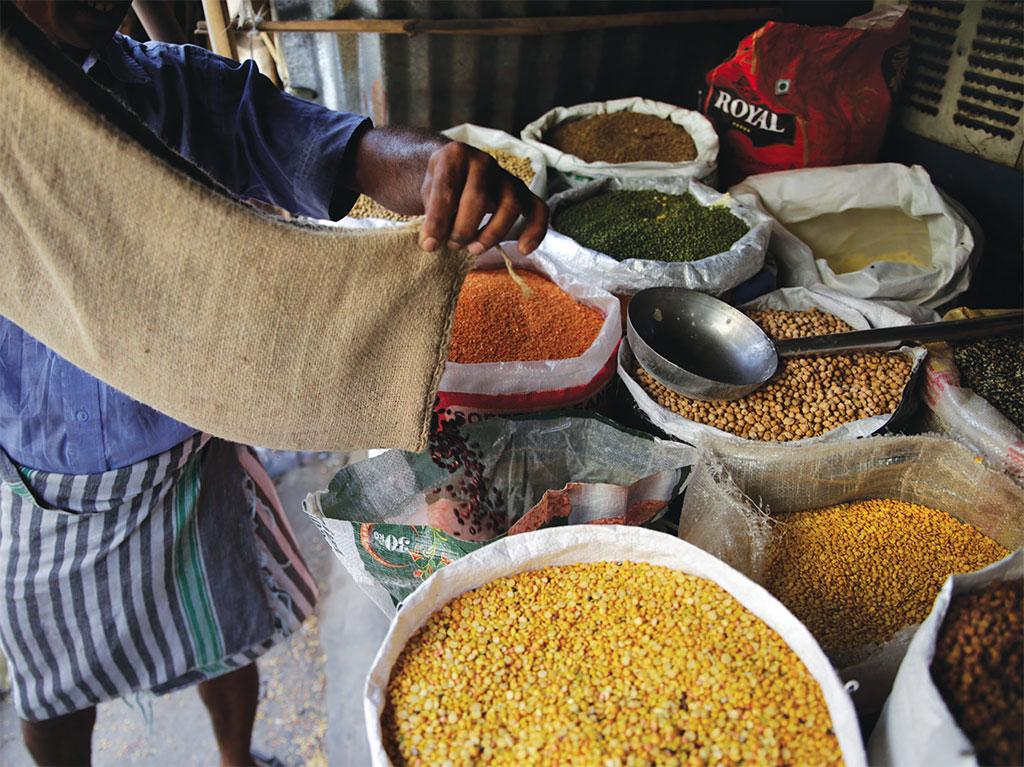 Farmers select the best seeds and store them for sowing in coming years, while scientists study them in hope of improving them in terms of taste, yield and disease resistance.

The seeds are also preserved in the hope of reintroducing a plant to an area where it goes extinct in the event of a natural calamity, such a disease or climate change, or in the aftermath of a war. One such internationally acclaimed seed bank is the Svalbard Global Seed vault, which is located in the remote snow-packed archipelago, halfway between Norway and the North Pole.

The highly secured vault preserves as many as 0.84 million samples of seeds. While such big institutional seed banks are important to protect the gene pool of different species, they often fail to protect the local varieties. And this service is provided by the community-owned seed banks maintained by farmers. Community seed banks are often managed by women self-help groups. And often, taste and culinary significance are stronger driving factors for them to save seeds than natural disasters or global crises.

Farmers celebrate the arrival of new seeds — be it Baisakhi in north India, Pongal in south India or Nuakhai in western Odisha. During the festival of Holika Dahan, celebrated a day before Holi, ears of wheat are offered to the fire god, and then the roasted seeds are distributed as prasad. These celebrations have a purpose — seeds play a significant role in ensuring food security throughout the year because of their long shelf life.

In fact, menus across the country have evolved in such as way that seeds are present in one form or another in each meal.

There are staples such as wheat, rice, millets, pulses and seed oils and there are beans or the seeds of legumes such as peas, lentils, soybeans and chickpeas. Nuts, such as almonds, pecans and walnuts, come from the seeds of a tree and are enjoyed occasionally. And then there are sunflower seeds, pumpkin seeds and sesame seeds.

There is a huge diversity in the way these seeds are used in different regions. Cumin seeds, for instance, are used for tempering in north India but not in the south, where mustard is common. Surprisingly, mustard oil is mainly used in the northern parts of the country.

Rajasthan that grows mustard in large quantities uses peanut and sesame oil for cooking. Poppy seeds are quite common in vegetable dishes in West Bengal, but in the north they are mostly used in sweets.

In the hilly regions of Uttarakhand and Himachal Pradesh, rajma (kidney bean) and soybean varieties are the most common legumes, while in the plains, arhar (pigeon pea), moong (Vigna radiata) and masoor (Lens culinaris) dal adorn the platter. In the south, pulses are mixed with rice to prepare a variety of dishes such as Dosa and Bisibele Bhath, while in the north, pulses are considered a dish by itself.

In the southern parts of India, cashew nuts are the staple in sweets but in the central plains, chironji (Buchanania lanzan) is used more often. These seeds give the local fare its own distinct taste.

Seeds are essential to a healthy diet because of a balanced nutritional composition — they contain protein, carbohydrate, fat as well as minerals. Pulses, for instance, are an important source of protein, fat and soluble and insoluble fibres.

Soluble fibres help decrease blood cholesterol levels and control blood sugar while insoluble fibres help in digestion. They are also an important source of vitamins, such as folate, thiamin and niacin, and minerals like iron, potassium, magnesium and zinc.

Spices like fennel have essential oils that help the digestive, endocrine, reproductive and respiratory systems. Adding them to the food on a daily basis is, therefore, common in most parts of the country. They are also consumed as a mouth freshener because of their carminative properties.

Cumin, mustard and fennel preserve fragrances and aroma and can be easily processed just before use. Spices are also used to make dishes. For example, dhaniya (coriander seeds) is used to make panjeeri on Janamashtmi. Nuts have their own place in the diet; almonds are said to nourish the brain and soaked almonds with milk are often the first thing one consumes in the morning.

The Indian chefs’ innovations on seeds are not limited to the dry ones. Sometimes seeds reach the table when they are green. For instance, arhar is also used as a vegetable, much like pea. Hara choliya or chickpea is another favorite. Some like to use it more as a vegetable than in the dry form as a pulse.

Seeds of fresh fruit are also part of the daily diet. During summers, when muskmelons and watermelons are consumed nearly every day, most people sun-dry and preserve their seeds. These tiny seeds not only add variety to food but also provide additional nutrition. Selling de-shelled seeds is also a source of employment to women in villages in north India. These seeds make their way to the urban market where they are sold along with dry fruits.

Even pumpkin and jackfruit seeds are stored and sold in the market to be used as snacks. Seeds are fast gaining popularity as snacks. There is a growing demand for maize, sold as popcorn, popped bajra (pearl millet) and jowar (sorghum). Makhana (Euryale ferox) seeds are also popped and consumed as healthy snack. During the winters, munching roasted groundnuts is everyone's favourite pass time. Even fresh groundnut is boiled and consumed. These seeds with minor processing provide a healthy alterna¬tive to samosas, pakoras, burgers and pizzas.

Since they are easy to stock and transport, seeds — wheat, rice, pulses and oil seeds — form the most crucial component of India’s public distribution system.

However, seeds are increasingly coming under threat from climate change and industry, which is trying to promote genetically modified varieties claiming that they are disease-resistant or are more nutritious. These not only pose a threat to the indigenous varieties and farmers but also to the environment. The Indian seeds need to be protected from these threats.

This was first published in First Food: Culture of Taste