India has a living tradition of healthy food

Our country has the opportunity to be different in its food journey. With our ancient wisdom, we can prevent McDonaldisation of food 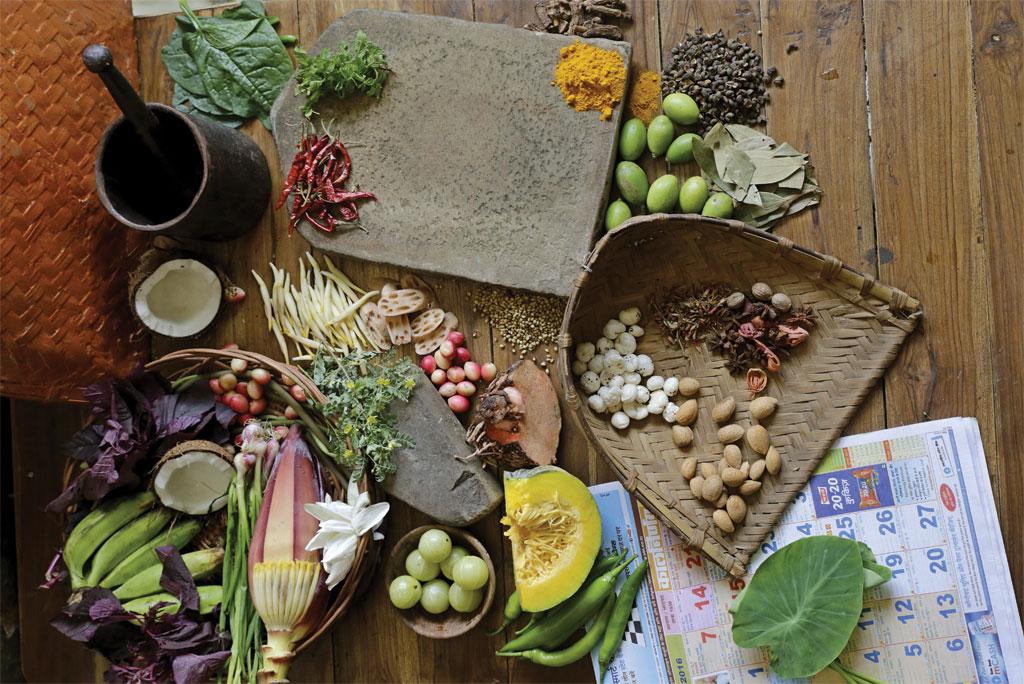 We need to fight back to reclaim our food and our habits (Credit: Vikas Choudhary/CSE)

Seeds, stems, roots, leaves and flowers. This book is not about gardening. It is not even about food. It is about knowledge—the knowledge of nature that is the essence of food that delights our palates and nourishes our bodies. This is the critical food-nutritionnature- culture connection.

We brought you this connection in First Food: A Taste of India’s Biodiversity in 2013. We said then that food is about biodiversity. We need to know how food diversity is linked to diversity in the biological world.

We need to know this so that we value this biodiversity that grows in the wild, in the farms, in the forests and in the lakes and the oceans. Each region of India, and the world, is diverse in its food habits. Each region has its own recipes; it cooks with different ingredients and, it eats differently. If biodiversity disappears we will lose the food wealth on our plates. Food will become impersonal. It will become a sterile package designed for universal size and taste. This is what is happening today as we eat packaged food from plastic boxes. Conservation of this biodiversity, indeed its celebration, requires us to cultivate it on our plates. Otherwise, not only will our food become sterile, but we will also lose nature and the knowledge that links it to food and nutrition.

First Food: Culture of Taste brings you many more recipes that make this foodnutrition- nature connection. We are even more certain today that India has the opportunity to be different in its food journey. We do not have to first eat badly and then rediscover healthy and medicinal food that is not filled with toxins. We have a living tradition of healthy food still eaten in our homes. We still cherish diverse cuisines and we still crave for our unique smells and tastes. But knowledge of this diversity is disappearing.

It is getting lost because we are losing the holders of that knowledge—our grandmothers and mothers who managed our food and brought to it cuisines that were local and nutritious. It is also getting lost because we do not value their knowledge. Our food is getting “multinationalised”, industrialised and “chemicalised”. It is the same anywhere and everywhere. Strangely, this McDonaldisation of food has been peddled as a sign of modernity and prosperity. It has become aspirational.

This is not accidental or incidental. The food industry has a game plan, of which we are unwitting participants. Read the excellent account of the food transition in the US, captured in the book, Salt, Sugar and Fat, by New York-based writer Michael Moss. The plot is revealed. As Moss explains, it was in the mid to late fifties when food giants decided that the key word for them to change people’s eating habits was “convenience”. Their obstacle to the “social transmutation was the army of school teachers and federal outreach workers who insisted on promoting home-cooked meals”. This was a time in the US when the state agriculture departments had extension services to teach homemakers the ins and outs of gardening, canning and meal planning with nutrition in mind. Home economics was taught in colleges.

This was also a time, when feminist movements were on the rise. Much like tobacco companies, food companies also found this a great platform—women who returned home after a grueling day at work only to find that they had to cook and care for husbands and children. Both industries capitalised on this by promoting “liberation” of smoking and not cooking. This was also the time when television was making inroads into homes. Evenings were too precious to “waste” on cooking and cleaning.

The food industry, explains Moss, made two cunning manoeuvres to draw women into their fold. One, they created their own army of home economics teachers. Bright and fashionable, these women would set up their own cooking contests. By 1957, US multinational General Foods had 60 of these home economists on its payroll. These women worked with the company and promoted its products, pushing the idea of convenience. Two, to compete with home-cooking promoted at the time by a woman called Betty Dickson, who worked with the American Home Economics Association, the industry brought in its own substitute, Betty Crocker. This friendly but sophisticated food icon was created by the advertising department of Washburn Crosby, which later became General Mills, another US food giant.

Betty Crocker never slept, says Moss. She became the face of the food mix, which were sold as grand time savers. The age of processed and convenience food had been ushered in, and it took over the American family life. This was not all. According to Moss’s research, food industry had another insidious plan. They needed to takeover and destroy the home economics profession. To do this, they funnelled funds—Moss says that in 1957 alone General Foods gave US $288,250 for grants and fellowships to the association of home economics. This partnership led to the gradual reshaping of the organisation so that it became proindustry.

Soon the profession died. In 1959, Time magazine did a long article on convenience foods and sold it as “modern living” which was all about “just heat and serve”. Food had been revolutionised. It was now processed and pre-cooked. Industry had changed our habits, even without our knowing it. It was subliminal. This “change” in our food habits has continued. Since the seventies, the food industry has introduced new habits. Again, by design.

This happened in the US in the 1970s and beyond. It is happening in our world today, and we do not even know it. Our own instant snacks, often healthier and more nutritious, have vanished. More importantly, it has become fashionable not to eat home-cooked meals. We have never understood that the Indian diet (if I am allowed to generalise) has the hallmarks of the healthy Mediterranean diet. It too is based on eating seasonal, eating local produce and traditional preparations. We had balanced diets. But somewhere along the way, this science of food culture has been lost. We cannot blame it all on the food marketers—they will do what they have to do. We have to blame it on our lack of self-pride or self-awareness about what we were doing in our farms, forests and kitchens. We are losing this knowledge because of sheer neglect.

In a recent television programme, the anchor asked the young audience in the studio if they loved “junk food”. All yelled, “Yes.” Then he asked if they ate junk food because they were guided by celebrities who endorsed it. All yelled, “No.” This only tells me how subtle, indeed subliminal, the marketing drive that is changing our food habits is, and we do not even know it.

These foods are rich in sugar, salt and fats, ingredients that are addictive. All these habits have been created. We are the products of the makers of designer food. It is no surprise then that this food is responsible for ill-health across the world. After all, industry is about profit, not health. We have allowed our takeover.

Now we need to fight back to reclaim our food and our habits. The only way to do so is to rediscover food as pleasure and be thrilled, not just by its smells and tastes, but also by the knowledge it embodies. This is First Food.

Betty Crocker, who captured stores with convenience foods, needs to be reinvented. This time, as someone who captures kitchens with our grandmother’s or mother’s recipes. We need to look for the seeds, stems, leaves and flowers that would make up our daily food.

This might not be easy as the natural habitats of these plants are now covered with concrete. The most biodiverse regions of the country are under threat from industry. We need to create a demand for the biodiversity-rich foods that have served generations before us, and we need to protect the environment where these plants grow.

This book, then, is about the rediscovery of knowledge that is not all lost. Many of the plants that make these recipes are still found in our backyards. Or can be grown and harvested for food. It is only when this biodiversity is lived that it will live. Yet many of the plants are difficult to source, many difficult to grow locally. This is a challenge. But First Food is certainly about treasuring this knowledge and creating new knowledge, which brings culinary art to our plates. The aim is to create cuisines that sustain nutrition, nature and livelihoods.

It is only when we take control of our food once again that we will have good food. It is the connection of our lives—food-nutrition-nature—that will celebrate the joy of living.