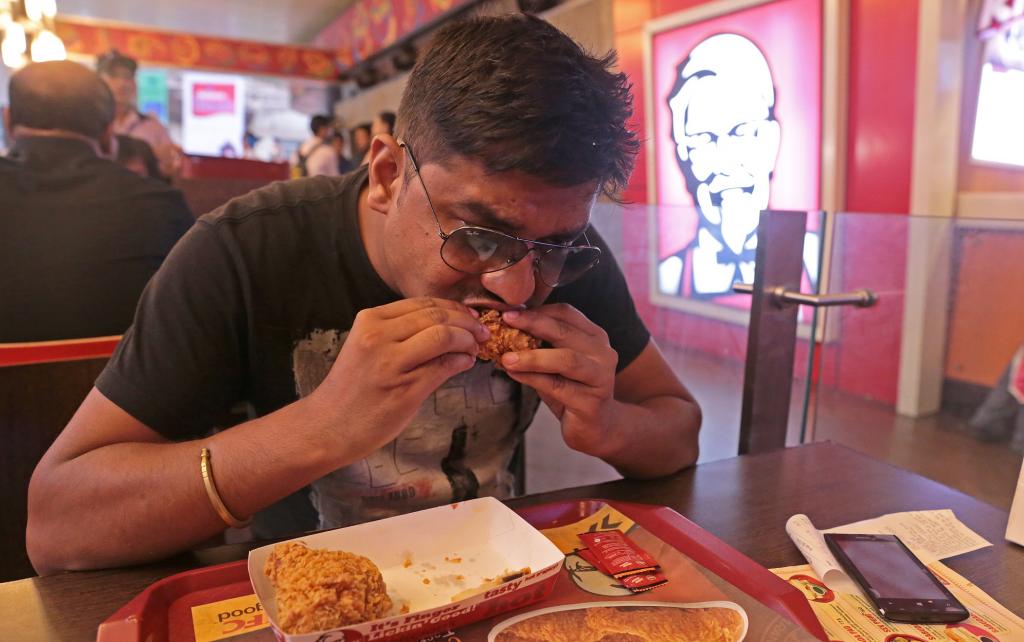 This saga of committees to finalise a regulation to determine FoP labels would be farcical, if it was not so tragic. For instance, the draft Food Safety Standard (Labelling and Display) Regulations, 2019, changes three of the five nutrients proposed to be displayed on the FoP label. It replaces salt with sodium, total fat with saturated fat, and total sugar with added sugar.

It is in industry’s interest that the 2019 draft declares the presence of sodium on food pack, not salt—the ingredient that triggers hypertension. People have little understanding on sodium, its relation to salt, and how to calculate its value to find the salt content. But FSSAI has brazenly proposed sodium at the back and front of the pack in the draft (see 'Too complicated' on p40). It is, again, in industry’s interest that FoP declares saturated fat instead of total fat. Packaged foods are high in fat, but may or may not have high saturated fat. It does not address the problem in totality and may mislead the consumer to believe that fat other than saturated fat is not harmful.

Saturated fat is strongly linked to heart diseases which typically appear after adult-hood. But a diet high in total fat can bring trouble at a much younger age. "It can cause obesity among children. Therefore, total fat should be depicted at front of food packs along with saturated fat," says Rekha Harish, head of the paediatrics department, Hamdard Hospital, Delhi. "Childhood obesity has become a growing concern now. The 2,000 Kcal threshold accepted by FSSAI is too high for children, and can lead to a much higher intake of fat and sugar,” she adds. Part disclosure of fat on FoP, therefore, holds little merit. Before throwing total fat out of the FoP label, FSSAI could have explored the possibility of placing it alongside saturated fat, just like in the UK and South Korea.

In fact, total fat could have replaced trans fat, which is already on its way out of packed and fast food. FSSAI has already declared it would eliminate industrially produced trans fat by 2022. By this time, the red marking rule on FoP would be fully effective, if the draft is notified.

Another set of dilutions in the revised draft is in sugar—"total sugar" changes to "added sugar". This means the FoP label would skip information on the naturally occurring sugar in the food. Only sugar added while processing food would be displayed on the FoP label. This is not all. While it's decided to change total sugar to added sugar, it does not revise the RDA for sugar. Total sugar in the 2018 draft is limited to 50 g and now, added sugar—which is a component of the total sugar that we take—is also kept at 50 g. This is double the limit for added sugar. In other words, mislead and misinform is the name of this food game, all for profit.

What's more, the revised draft exempts beverages that provide less than 80 Kcal sugar from being marked red on FoP. A soft drink with 10-11 g added sugar in 100 ml, which would provide 40 to 45 of empty calories per 100 ml, could escape the red code if sold in small size. It is no coincidence that 150-200 ml size soft drinks are now available in the market. The regulator failed to realise that an unhealthy drink cannot become healthy if consumed in lesser quantity.

As per the World Health Organization (South-East Asia), the suggested threshold for added sugar is 2 g per 100 ml of water-based flavoured drinks. FSSAI, therefore, is ready to give five times the added sugar WHO allows on soft drinks. So much extra sugar will not be marked red on the FoP label.

The new draft has not set any threshold for calories either. A product that barely passes the threshold test for total fat and total sugar but is high in total calories, would escape the red mark.

The draft gives a three-year window to companies to implement the regulations. In the first two years, a food product may remain 30 per cent above the threshold and come down to the permitted level by the third year. So, even if it is accepted that food is bad—is red category—industry has time to fix its act. And this when the draft remains a draft. Time is theirs to choose. We get bad health and bad regulations.

WHAT DO WE EAT?

FSSAI may prevaricate and delay enforcement of its own regulations, but CSE has used the same regulations to see what we eat. What would really happen if the regulations were introduced and how would the food we eat fare? Would it be good to eat? Or, would it be red, telling us that the food is unsafe to eat?

CSE analysis reveals that packed and fast foods exceed the threshold by several times (see 'Mark junk food red' on p44, 45). Take the case of salt. FSSAI has set 0.25 g sodium per 100 g of chips, namkeen and instant noodles and 0.35 g per 100 g of soups and fast foods as the threshold. Knorr Classic Thick Tomato Soup was found to have about 12 times the salt threshold. It was eight times high in Haldiram’s Classic Nut Cracker. Against the 8-g fat per 100 g threshold, most chips and namkeens had 2-6 times fat. McDonald's Big Spicy Paneer Wrap, Subway Paneer Tikka (6 inch) sandwich and four pieces of KFC Hot Wings had more than double the limit set for fat. This is clearly much more than 25 per cent of deviation from what the 2019 draft allows in fast foods.

The report of the 2018 committee, headed by Sesikeran, has never been made public. But it is this committee which brought in the most industry-friendly changes. This business also works best in shadows. The New York Times ran an article on September 16, 2019 with the headline 'A Shadowy Industry Group Shapes Food Policy Around the World' exposing how there is an association, innocuously termed International Life Sciences Research Institute, which works to lobby for big food business with governments. It should not surprise you that Sesikeran is a trustee of this "association". It is clear that the hand of business is working, even if it is behind closed committee doors and government offices.

But industry does not want to be quoted on the draft. An article published in the Economic Times on June 27, 2019 reported that Subodh Jindal, president, All India Food Processors’ Association, found the regulations neither scientific nor practical. "The salt, sugar and fat content of packaged food depends on the taste requirement of the consumer and is not manufacturers’ choice,” it quoted him. But when CSE contacted him, he refused to comment.

PepsiCo India says the usual—it is a “law abiding corporate citizen and will comply with any regulations issued by the government of India, including any new labelling requirements.” Nestle India did not respond to CSE's email till the magazine went to print. Sahil Sapra, brand manager of Haldiram’s Nagpur division, also declined to comment.

But facts speak loud and clear: since 2013, all efforts to inform consumers through regulations have been negated and nullified. But if the stakes for industry are high, then the stakes for public health are even higher. FSSAI must acknowledge that industry's interest is not above our health and well-being. A sound and well-rounded regulation must come into effect, urgently.

(With inputs from Bhavya Khullar)