Junk food monster: When McDonald's had to go back on its ad 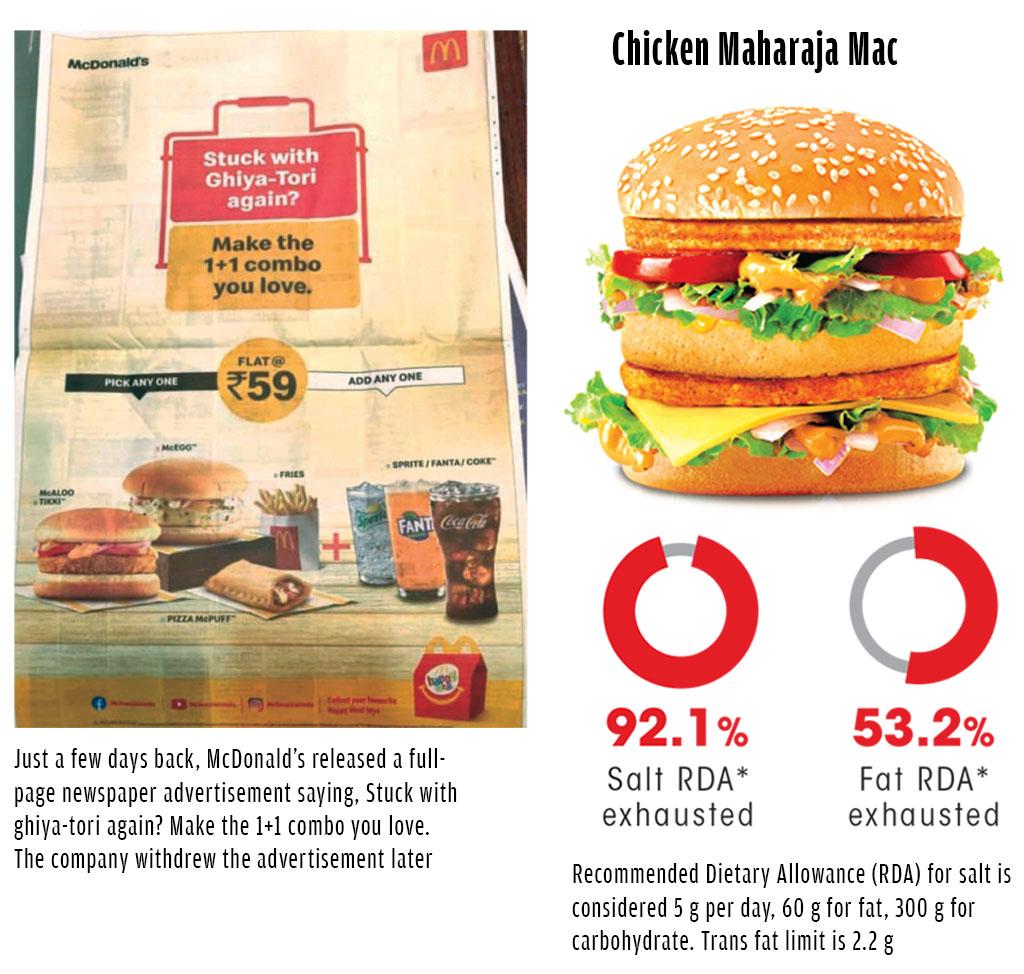 Fast food companies routinely try to adapt novel ways to promote their products through various channels. But what McDonald’s Corp did recently proved a bit too much.

The multinational that made a fortune selling burgers and fries ran a campaign that asked readers whether they were ‘Stuck with Ghiya-tori again?’ and urged them to ‘Make the 1+1 combo you love.’

In effect, what the advertisement did was to paint home-cooked meal boring and suggested the burgers / fries / puffs and sugary carbonated beverages could be worthier replacements.

What the ad, which was pulled down shortly after, didn’t discuss was the nutrition on offer.

Laboratory tests by Delhi-based non-profit Centre for Science and Environment recently found that one McDonald’s Chicken Maharaja Mac burger contained 4.6 grams salt. That would leave room for only 0.4 g more salt for someone eating one for the rest of the day, going by recommended dietary allowances (RDA) — derived after reviewing recommendations of World Health Organization (WHO), National Institute of Nutrition-India, Indian Council of Medical Research and scientific expert groups of the Fodo Safety and Standards Authority of India (FSSAI). It also had 1.3 times the fat it should have had.

The McVeggie Burger, McAloo Tikki Burger and McChicken Burger all overshot salt and fat thresholds. Its fries were found to have nearly double the fat they should have. Add empty calories for the beverages that would come with the combo.

Now look at the veggies the company dissed. A home-cooked dish of ridge gourd may contain a pinch of salt, which would come to about 0.36 g. Along with, it would be rich in vitamins C, B and E . A bottle gourd dish, similarly, would be high in fibre and folic acid.

The FSSAI, in fact, issued a notice to the company. According to the Food Safety and Standards (Advertising and Claims) Regulations, 2018, advertisements should not undermine the importance of nutrition in vegetables and healthy lifestyles and should not promote fast food or packed food as replacement for meals.

McDonald's was not the first to advertise such. The concept of quick cooking has been implanted by most brands and the concept of packaged food entered kitchens by convincing women that cooking could be much faster and easier, according to Rekha Harish, vice-president, north zone of Indian Academy of Paediatrics.

“We have shifted from homes to the market, which has led to an enormous development of the food business,” she said, adding that their growth was proportional to the rise of obesity in children. 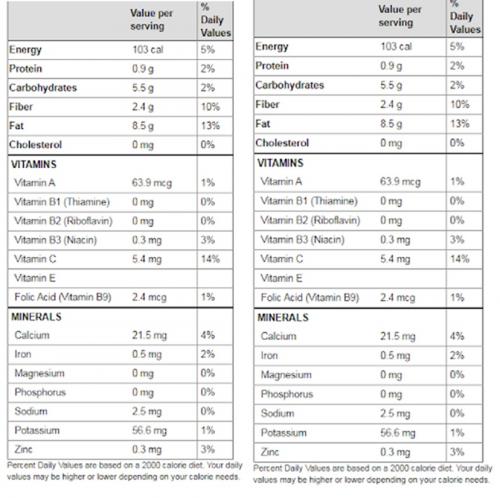