Kachnar: Turn over a delicious leaf

The beautiful leaves of kachnar are nutritious too 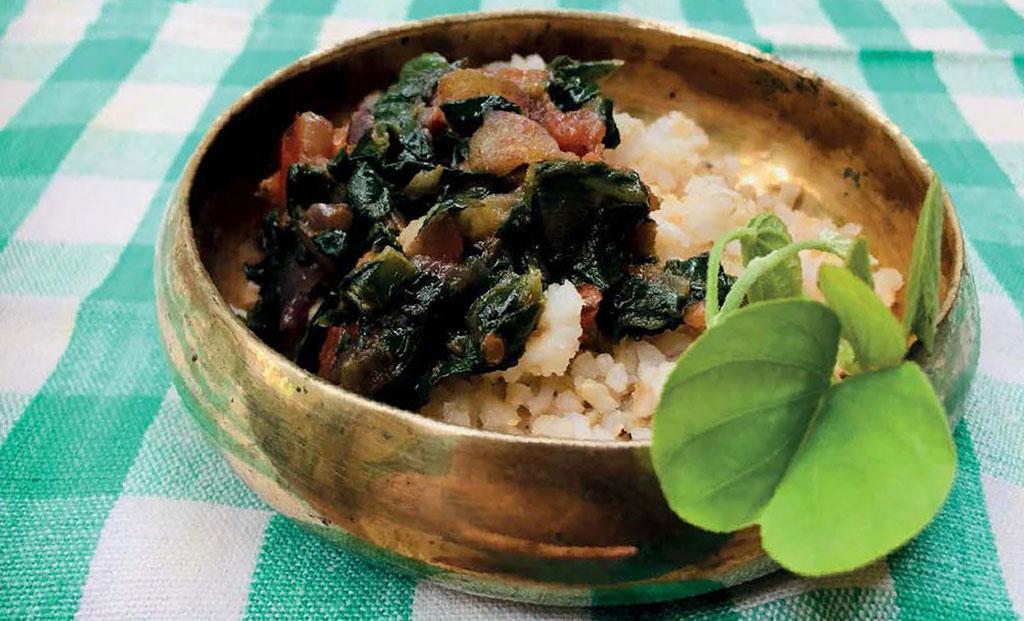 The leaves have anti-ulcer properties and are consumed to protect the kidneys and liver (Photograph: Vibha Varshney)

Just before May — when the amaltas and the gulmohar trees spread out their spectacular show — the kachnar tree too flowers in all its glory. The flowers look like orchids and have a delicate fragrance, but they are not as common as the amaltas and gulmohar, and it is quite easy to miss them. There is a tree near my house in Delhi which hugs on the wall of a government primary school. But I doubt whether children have spent much time to appreciate its beauty or even play with its two-lobed leaves, shaped like butterfly wings.

But tribal communities in Jharkhand, however, will not miss it as they consume every part of this multipurpose tree. The flowers, fruits and leaves are edible and are an important source of nutrition. In fact, the leaves are a perennial source of food, unlike other flowers and fruits that provide nutritional support only for a short period. They can also withstand the vagaries of extreme weather.

Trees-borne foods, like kachnar leaves, form the second-biggest source of food, after herbs, in Jharkhand, write Lal Ratnakar Singh, former chairperson of the Jharkhand Biodiversity Board, and Varsha Rani of Birsa Agricultural University in their analysis on the role of leafy greens in food and nutritional security of tribal communities in the state.

The young leaves can be prepared as a curry or fried, or they can be simply boiled with a little bit of salt, and is a good accompaniment with rice. They are also dried in times of food scarcity and sold in local markets, providing a source of livelihood to tribal communities.

“I noticed that my housemaid in Dhanbad used to pluck tender leaves and shoots of the purple kachnar and collect them in her sari pallu to take it home. She told me that it is sun-dried over thatched roofs and stored for times when they don’t get fresh vegetables,” says Sangeeta Khanna, a nutrition consultant and a food blogger.

The Munda tribal community cooks the dry leaves in many ways: Rehydrating it with hot water and then making a chutney along with chilli garlic or dry fish or dry shrimps or bamboo shoots; or, they cook it with cooked rice water along with spices and sauté it, she says.

The leaves of kachnar are an important source of food for tribal communities. Other than Jharkhand, tribals in Odisha too consume the leaves of this tree.

The nutritive qualities of the leaves have also been investigated by researchers at the Sam Higginbottom Institute of Agriculture, Technology & Sciences, Allahabad, who found that leaves of kachnar (red flower variety) are rich in protein (15.19 gramme / 100g) and micronutrients like calcium and iron (240 milligramme / 100g and 21.73 mg / 100g respectively).

These researchers from the department of food and nutrition found that the leaf powder can be incorporated in idli and kachori too. Others have incorporated the fresh leaves into soup, chila and uthapam.

The characteristic two-lobed leaves earned the tree its Latin name Bauhinia. It is named after the 16th century herbalists brothers, Johann and Gaspard Bauhin. Both had worked extensively on describing and classifying plants. Carl Linnaeus, who developed the binomial system of the classification of the plant, named this plant after the brothers inspired by the two lobes of the leaves.

The tree is probably native to eastern Asia — globally distributed in Pakistan, India, Nepal, Bhutan, Burma and China. The kachnar flower is also used on the flag and coins of Hong Kong.

In 1885, George Watt, the Scottish physician and botanist — who worked on economically important plants in India — had written in A Dictionary of the Economic Products of India that the plant is sacred to Hindus and worshiped during the Dashera festival. The white flowers of kachnar are used to worship Lakshmi, the goddess of wealth and Saraswati, the goddess of knowledge.

Research shows that the leaves have anti-ulcer properties and properties to protect the liver, kidney and also have antibacterial activity. Indians use the decoction of the leaves to allay headaches in malarial fever.

In south India, Sikkim, Bengal, Bihar and Odisha, the leaves are used to treat jaundice and to cure wounds and tumour in the stomach. But the benefits of the tree go far beyond. Its leaves, shoots and pods are used as fodder for livestock as the leaves contain 10-16 per cent protein, and that’s why they are relished by animals.

Though the plant is considered a weed and an invasive species in Cuba, the Bahamas, Australia, New Caledonia, the United States, Kenya, Malawi, Rwanda and Zambia, there is a growing movement in the US to include this plant in their food. It may be a good thing to let the tree run wild as it belongs to the legume family and lives in a symbiotic relationship with Rhizobium bacteria, which helps fix atmospheric nitrogen and improves soil fertility.