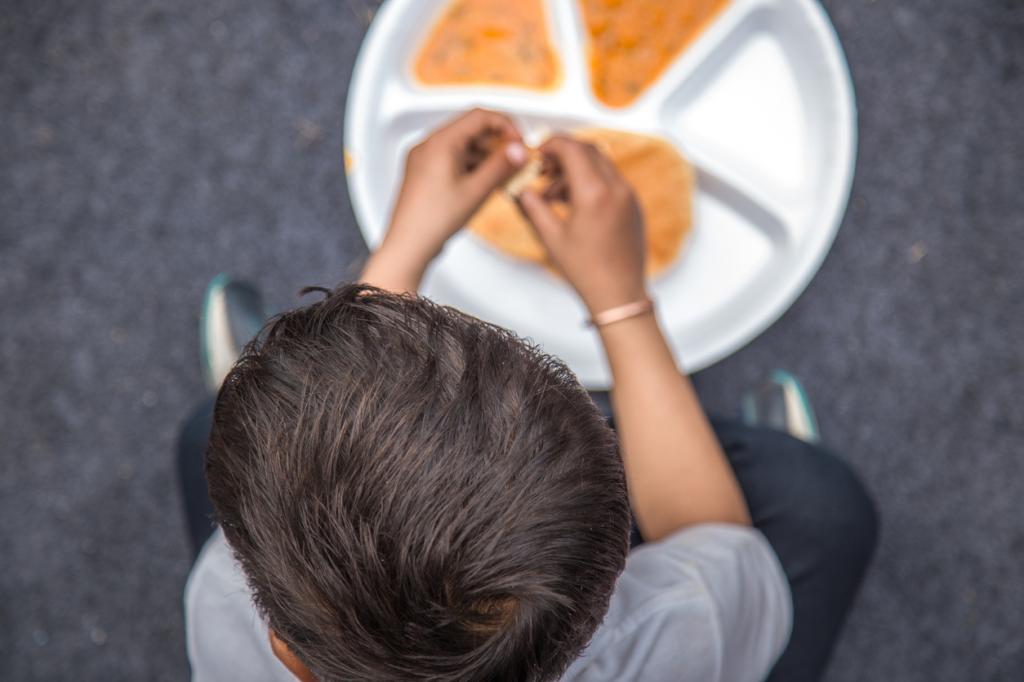 The Centre has increased allocations for materials cost for mid-day meals at schools by 9.6 per cent, after two unprecedented years of the COVID-19 pandemic. The measure, however, is insufficient to protect against rising inflation, stakeholders and experts complained.

In comparison, India’s consumer food price inflation from September 2021 through April 2022 increased to 8.38 per cent from 0.68 per cent.

What is required at the very least is to keep up with inflation, said Mazdoor Kisan Shakti Sangathan’s Nikhil Dey, who has vociferously worked for Right to Food. He added:

Since the revision in material cost per head is coming after two years, the effective annual increase would actually be around 5 per cent.

India is home to a third of the world’s malnourished children. It also ranked 101 out of 116 countries on the Global Hunger Index (2021). With this reality, it is paramount to ensure continuous access to quality food for the country's children.

The scheme feeds 118 million students across the country, according to data maintained by the Centre.

Wheat and rice is provided under the public distribution system. The approved funding pattern mandates a 90:10 ratio between the Centre and states respectively for the North Eastern Region, Himachal Pradesh, Uttarakhand & Jammu and Kashmir.

For Union territories (UT) without a legislature, the Centre contributes the entire cost, while the ratio is split 60:40 for remaining states and the two UTs with legislature — Delhi and Puducherry.

Insufficient LPG supply and high inflation, particularly for pulses — a key source of protein for the student beneficiaries — are the major pressure points.

The central education ministry, under which the midday meal scheme is implemented, is reportedly in talks with the Union Ministry of Petroleum and Natural Gas to address this hurdle “by linking its availability to enrolment in schools,” The Indian Express reported. For the high pulse prices, similar conversations are being held with the food ministry.

The cost usually is revised by the government on an annual basis but the pandemic delayed the process. To implement the revised cooking cost, the central government will have to spend an additional Rs 660 crore in 2022-23 and the states Rs 400 crore, calculations done by the news daily showed.

Sachin Jain, a food rights activist associated with the Vikas Samvad Human Development Resource Organisation, argued that any comparison of the hike in material cost with food inflation is irrelevant because the base price itself is insufficient. He added:

Nearly a decade ago, a joint review mission of the midday meal scheme in Madhya Pradesh, which we contributed to, found per head cost was just half of what is actually required to meet the required standards.

Jain pointed to another fissure in the scheme: In the absence of a central kitchen, the system is primarily run by cook-cum-helpers, most of whom get paid just Rs 2,000 per month and Rs 1,000 per month in eight states.

This reflects the character that we want to ensure those who are marginalised remain marginalised, he said. “It compromises quality and doesn’t allow for accountability. We need to link their wages to semi-skilled work.”

It may be easier to keep exploiting people but buying raw materials is unavoidable, Dey noted.

He offered two possible solutions. One, dearness allowance is hiked twice a year for government employees and the same can be done for the labour involved in implementing the midday meal scheme. Two, paying them wages under the Mahatma Gandhi National Rural Employment Guarantee Act should be explored, the expert opined.