Scientists find maize starch spherulites , a unique byproduct of nixtamalisation, as well as tapeworms at a Maya archaeological site 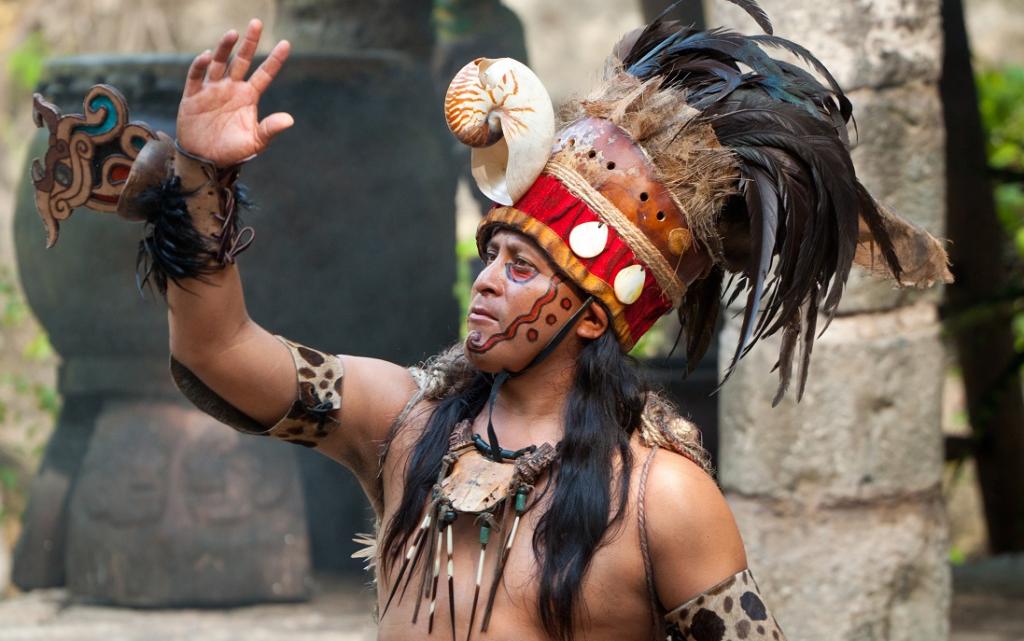 Representative photo of a man dressed as a Mayan shaman. Photo: iStock

A study has thrown light on how Maya people fortified their maize with the chemical process known as ‘nixtamalisation’ and also built indoor toilets in pits they dug into the limestone bedrock of the Yucatan peninsula in Mesoamerica.

The study, accepted for publication in the Journal of Archaeological Science, is yet to be peer-reviewed. It has claimed that its findings are the first archaeological evidence of nixtamalisation done by the Maya. It is dated to the seventh or eighth century Common Era.

Nixtamalisation is a method by which the ancient peoples of Mesoamerica like the Maya used to soak and cook their maize in an alkaline solution and make it more palatable, nutritious and non-toxic. Nixtamal is derived from the Nahuatl word nextamalli, meaning ‘nixtamalised maize dough’.

Maize is the primary crop of the Americas and has been cultivated in the region for millennia. Maize, beans and squash are called the ‘Three Sisters’ and formed the basis of diets throughout pre-Columbian North and Mesoamerica.

The researchers noted that the key reason for the spread of maize in the Americas was nixtamalisation. The study said:

The process ensures that the maize contains amino acids, calcium and Vitamin B2, which can be utilised by the human body. It also eliminates certain mycotoxins present in maize.

“Without this treatment, maize-dependent populations are at elevated risk of pellagra (Vitamin B2 deficiency), calcium deficiency and mycotoxin poisoning,” the study said.

The alkalising agent for nixtamalisation can be obtained in several ways. One is by burning mahogany bark to produce wood ash from which lye, a strong alkaline solution, is leached.

Another method is by cooking marine or freshwater mollusc shells in a fire for several hours. Yet another is chunks of limestone cooked for several days, to produce quicklime, which is then placed in a container and saturated with water to produce slaked lime, or calcium hydroxide.

The researchers excavated two ‘chultunes’ — pits cut into bedrock — in 2012, at the site of San Bartolo, Petén, Guatemala. They found microscopic, modified starch structures known as ‘starch spherulites’ in the pits.

They used two scientific methods — scanning electron microscopy and energy dispersive X-ray spectroscopy — to find out the origins of the spherulites.

“The size, shape, surface texture, interior structure and growth pattern seen among these particles are consistent with those of starch spherulites produced by nixtamalising maize under laboratory conditions,” the study said.

The researchers from Boston University, Harvard University and the University of Texas at Austin, also found eggs of tapeworms at the sites, proving that they were used as toilets.

A chultune consists of a narrow opening and a neck leading down straight to a wider interior chamber that can reach volumes as great as 500,000 litres.

Experts have suggested that chultunes could have served various purposes, including as storage containers for food and water, burial chambers, sweat baths, latrines and trash pits.

The study authors suggested that nejayote, wastewater from nixtamalisation, may have been used to lime the chultunes while they were used as latrines. This was done to control odours and inhibit insect and microorganism growth like it is done today.

The study noted that this was probably the first time that toilets had been discovered at a site used by Maya commoners.

“Several instances of formal toilets have been identified in elite architectural complexes but such dedicated facilities are not consistent for elite spaces across the Maya area. Toilets have not been previously attested for non-elite residences, nor sanitary sewers,” it said.

It also pointed out that since the Maya did not use draft animals or wheeled carts, faecal removal would have proved to be logistically challenging. The Chultunes, where lime-rich neyajote was used to control odours and pathogen growth in human faeces, were thus a viable option for the Maya.