Tree spinach, or chayamansa, is nothing less than a superfood for humans as well as livestock 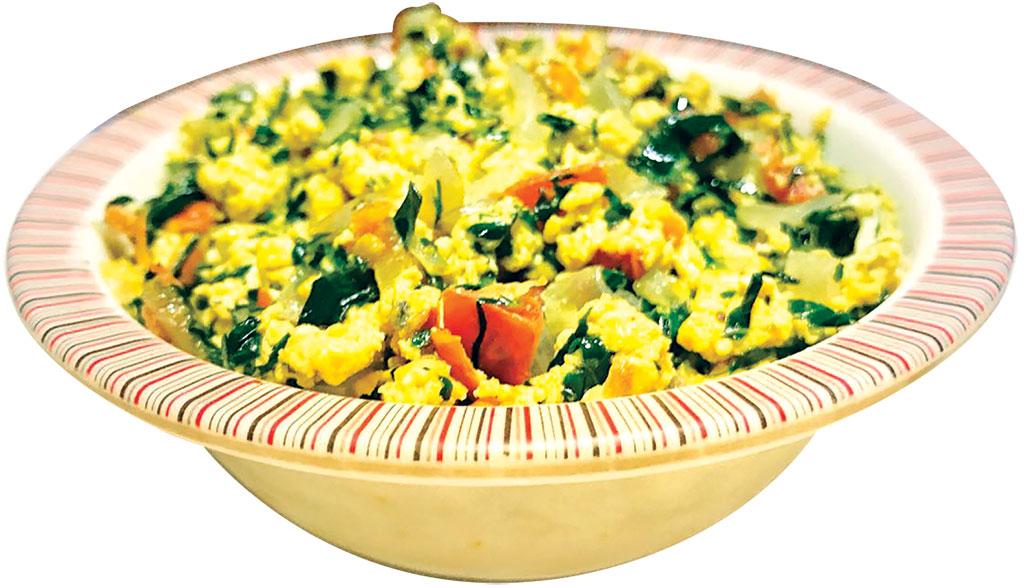 Like any five-year-old, Disha is a fussy eater. She detests every- thing that makes the meal whole- some, particularly leafy greens. Of late, her mother Shyamali Chakma has found a way of taking care of Disha’s nutrition. She sneaks a few leaves of tree spinach (Cnidoscolus aconitifolius) into whatever she wants to eat—be it scrambled eggs, thoran (coconut-based curry) or dal. “Three to four leaves of chayamansa, as it is called, are sufficient to meet her daily nutritional needs,” says Chakma, who works with Bodytree, a non-profit in Kerala that is trying to preserve the traditional medical practices of indigenous communities and improve their access to health and education.

The plant is not native to India and Chakma learnt about it from vaidya Vijayan M R, founder of Bodytree. A few years ago while work- ing with the Kanzhi tribe in Kallar, Vijayan observed that most in the community suffered from nutritio nal anaemia. “There has been a drastic change in the diet of this hunter-gathe rer community since they have been alienated from forests. Now they mostly eat rice and tubers,” he says. The quest of his team to make the community nutrition-secure ended when Vijayan spotted tree spinach at a school in Auroville, Tamil Nadu.

Believed to have originated in Mexico, the plant is popular in Mexi can and Central American cuisines. In 1952, the US Department of Agricu lture did a comparative study of 137 leafy vegetables and found that tree spinach has the highest amount of beta-carotene (precu rsor to essential nutr ient vitamin A); was second in vitamin C conte nt; fifth in calcium and sixth in iron content. The book Edible Leaves of the Tropics describes it as “year-round source of high-quality food”. About 25 g of tree spinach are enough to meet the daily requirement of a person’s vitamin intake, says the October 2002 issue of Economic Botany. Studies published in Current Research Journal of Biologi cal Sciences and in International Jour nal of Research in Pharmacy and Che mistry in 2012 suggest tree spinach leaf extracts can aid in regeneration of beta cells of the pancreas and thus help manage diabetes. It also shows anti-tumour activity. Small wonder, tree spinach is gaining popularity worldwide as a superfood.

To tap its potential, Vijayan asked the Kanzhi tribe to regularly consume the leaves. “Within a month, their health conditions showed a signifi cant improvement. Its regular use has helped them maintain haemoglobin levels,” he says. However, one must exercise caution while consuming it.

The leaves release hydrocyanic acid, a toxin that can cause cyanide poisoning with effects varying as per consumption amount. A study published in the January 2018 issue of Journal of Forensic Research says at an increased dosage, aqueous leaf extract of C aconitifolius may induce liver damage in rats. However, a 2003 study published in Plant Foods for Human Nutrition points out that the toxins get destroyed when the leaves are boiled in water for five minutes.

Vijayan says he has not heard of adverse effects of the leaves. However, one should pluck tender leaves and cook them for 5-15 minutes to be on the safe side. Aluminium vessels should be avoided for cooking as hydrocyanic acid tends to react with it, he adds.

In 2006, when the plant from the US was introduced in the country at the Indian Grassland and Fodder Resea rch Institute (IGFRI), Jhansi, by the National Bureau of Plant Genetic Resources (NBPGR), New Delhi, the aim was to test its potential for fodder. IGFRI scientists conducted a study and found that the plant is a rich source of omega-3-fatty acids and proteins, and hence can enhance milk and meat production among livestock. Besides, the plant can produce 150,000 kg of green fodder per hectare. Since it grows vigorously during summer months, it can be an excellent source of fodder during scarcity period, say IGFRI scientists. Anil Kumar, who was associated with the study and now works as principal scientist with the Central Institute for Women in Agriculture, Bhubaneswar, says, “The plant holds promise for addressing the nutrition challenge of both humans and livestock in the country.”

Kerala has already realised its potential and is asking communities of Iddukki district to plant it under the flagship water supply programme, Jalanidhi. Santhigram, a non-profit in Thiruvananthapuram is promoting the plant by distributing its stem cuttings. It has recently offered the plant to 40 schools across the state so that tree spinach can be served as part of the mid-day meal. Probably, the secret of Popeye’s power was not spinach—but tree spinach!