Even as studies point out the use of these pesticides in food commodities, coordination gaps between concerned deparments have not been addressed 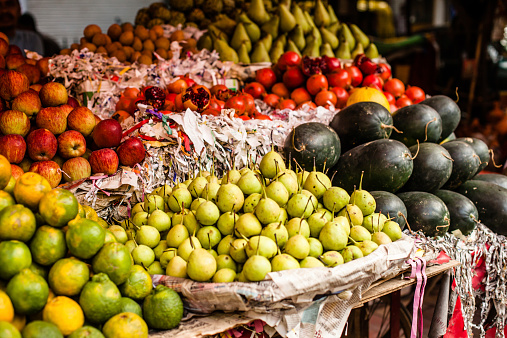 In a scheme for monitoring pesticide residues in food commodities, the Ministry of Agriculture has found that 12.5 per cent of samples analysed contained non-approved pesticides. The 2014-15 annual report of the ministry's Department of Agriculture, Cooperation and Farmers Welfare contains data related to use of pesticides, non-approved pesticides and above specified maximum residue limits (MRLs) of the chemicals in food.

Samples containing residues more than MRLs had increased from 1.4 per cent in 2008 to 2.6 per cent in 2015. The report notes that while no samples of pulses were found to contain more than permitted residue limits from 2008 to 2013, one sample was found in 2014-15.

For the first time since 2008, no marine sample was found to contain pesitcide residues above the prescribed maximum limit.

Consumption of pesticide residues through food is reported to lead to several health impacts on the central nervous system, respiratory failure, heart block, and possibly cancer.

One of the biggest issues raised by the study's findings includes the use of non-approved pesticides. This was also highlighted in Delhi-based non-profit Centre for Science and Environment’s 2013 study which reported that 59 out of 234 registered pesticides have no MRLs. The study was was conducted to check the use of unapproved pesticides in India after Joint Parliamentary Committees (JPC) were formed over the issue in 2003.

The study results demonstrated lack of coordination between FSSAI, responsible for setting MRLs, and Central Insecticide Board and Registration Committee (CIBRC) which registers pesticides to be used in India. Such gaps have not been met till date. This is evident from the fact that non-approved pesticides such as acephate, acetamiprid, profenofos, metalaxyl, fenvelarate, imidacloprid, which do not have MRLs, continue to be reported in the ministry's data.