Sulphur compounds in garlic, believed to have medicinal properties, alter the levels of gaseous signaling molecules, which can reduce disease symptoms or severity 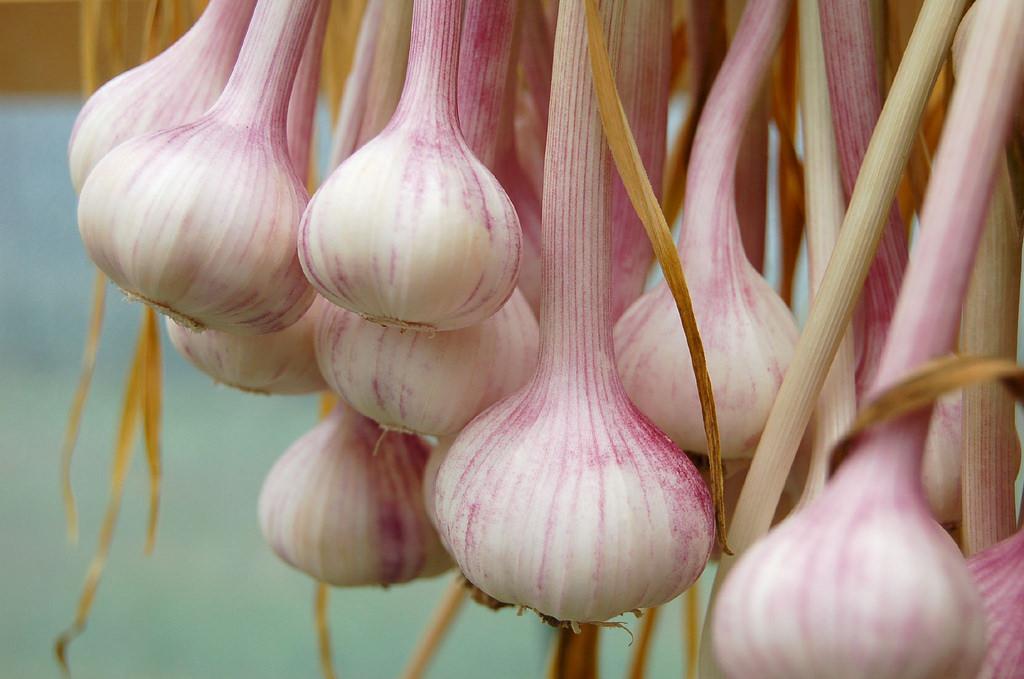 Currently we have little information on how some of these sulphur compounds are metabolized in humans, and whether they promote gaseous signalling molecule production. Credit:ilovebutter/Flickr

A recent study has found that the release of sulfur compounds such as Diallyl TriSulfide from ingesting garlic alters the levels of gaseous signaling molecules, which are linked to improvements in cellular damage and stress.

Gaseous signaling molecules are a class of gaseous molecules that are produced naturally. These include nitric oxide, hydrogen sulfide and carbon monoxide and possibly ammonium. The production of the gases appeared to improve measures of cellular damage and stress in some samples during the research. The reduction of hydrogen sulfide (H2S) is evident in case of Alzheimer’s disease, where the H2S levels are reduced within the brain, shows a study.

Published in the journal, Trends in Pharmacological Sciences, the study is important because the levels of the gaseous signaling molecules are reduced in many diseases such as Alzheimer’s, Peter Rose, the author of the paper told Down To Earth.

“In many diseases, we often find that the levels of gaseous signalling molecules like hydrogen sulphide are reduced. As such, researchers are now developing donor drugs that can release hydrogen sulphide and hopefully replenish its levels in human cells and reduce disease symptoms or severity.”

Since food components also change the levels of these gases in our cells, it become imperative to identify those as well, he added. “Based on current research, garlic or more specifically, its sulphur compounds, appear to be able to do this. However, this work is currently in its infancy and more research is needed,” Rose said.

The study calls for more research in human participants as studies are limited to cell culture and animal models. “To prove this, we need to develop studies that would ideally look at how some of these sulphur compounds are metabolized in humans, and whether they promote gaseous signalling molecule production, as currently we have very little information on this,” said Rose.

The study was done carried in collaboration with three institutions, including School of Biosciences, University of Nottingham, Loughborough, Neurobiology Program, Life Science  Institute and Department of Pharmacology, National University of Singapore and School of Pharmacy and State Key Laboratory of Quality Research in Chinese Medicine, Macau University of Science and Technology, Macau.