When it comes to minor forest produce, chironji plays a key role in keeping the rural economy going 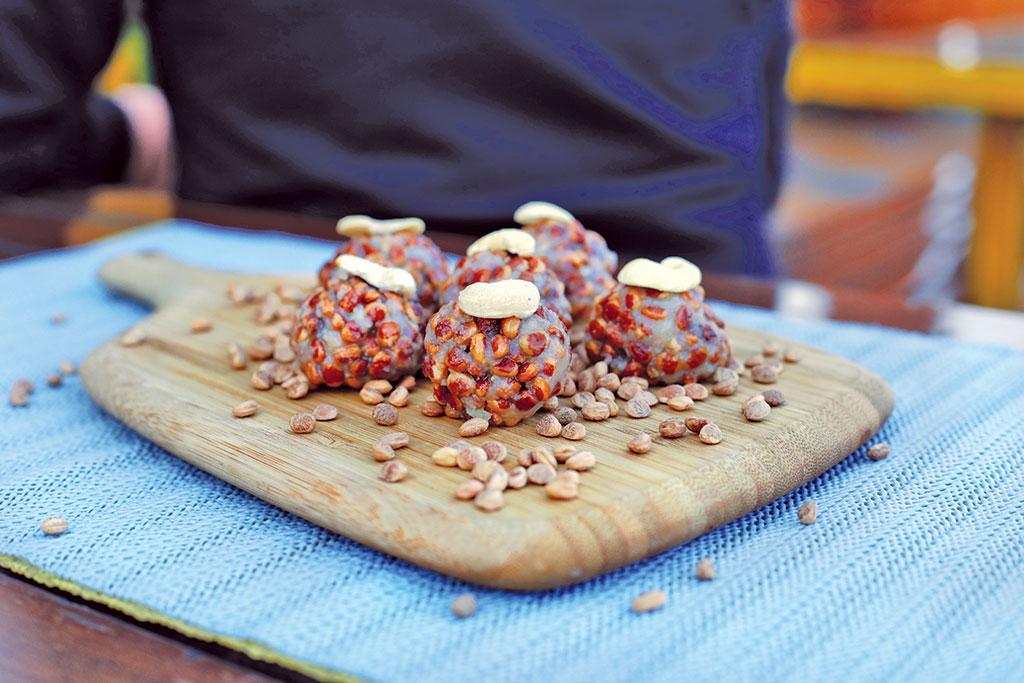 Sanmati Bai, who lives in Kopabera village of Chhattisgarh’s Kondagaon district, waits every summer for fruits to appear on chironji (Buchanania lanzan) trees deep inside the forest. These trees grow up to about 15 metres and start flowering around January. By April, the fruits are ready for collection, which continues till May-end.

“As soon as day breaks, we gather around its trees and handpick the best ones,” says Sanmati. In peak season, one family can collect at least 30 kilogram. “Chironji has a guthli (seed), which has dana chironji (kernel) inside,” she explains. The kernel has a mild sweet yet acrid flavour. Across India, people use this as a nut to add to sweetmeats.

Tribal communities cook the skin of the fruit as a vegetable, but rarely eat the kernel. They take it to weekly haats (markets) and sell them to traders.

In the markets of Golawand village in Kondagaon, resident Shyambati Kashyap sells the guthli for Rs 25-30 per kg to small trader Rama Shankar Sethia. In turn, Sethia sells the produce for Rs 40-50 in Kondagaon city. Prices soar as it reaches big markets. Rajendra Sethia, another local trader, says it fetched Rs 80-100 per kg in 2018. Dana chironji was priced at Rs 450 per kg (1 kg of dana chironji requires 3.5 kg guthli).

RK Sharma, assistant director with the Chhattisgarh government’s agriculture department in Kondagaon, recounts that trade in chironji was exploitative in the past: Traders would give salt to tribal communities in exchange for their chironji. Today, these communities are aware about the seed’s high value and demand the right price for it.

The Chhattisgarh State Minor Forest Produce (Trading and Development) Cooperative Federation Ltd buys guthli directly from the collectors, processes it and sells it through a tender process. The government has set Rs 60 per kg as the minimum support price for it, resulting in huge losses. In 2018, the cooperative bought 146,700 kg of guthli at Rs 105 per kg. The total proceedings from the sale amounted to Rs 10.7 lakh.

In Madhya Pradesh villages such as Rated and Kareaam of Patalkot region of Chhindwara district have witnessed cultural activities revolving around chironji for ages. The entire economy of the region is based on the collection of chironji and amla from forests. People have instituted a form of forest management around chironji trees, where every family has a designated area of collection and no one is allowed to encroach upon another family’s space.

“People wash and dry the highly sought-after fruit and store it with its guthli in baskets made of bamboo — locally called dhulla,” says Dadulal Dandoliya, a resident of Kareaam. When chironji prices spike during Diwali, tribal people sell their produce for Rs 150 a kg to small traders. Selling chironji helps them bear the cost of marriage ceremonies in their families.

“Generally, tribal marriages in other areas take place during the summer months of March to April, but here it happens in winters,” says Naresh Biswas, secretary of the Madhya Pradesh-based non-profit Nirman.

But this lucrative business is in crisis now. According to Kanti Jain, a businessperson based in Kondagaon, chironji yield is falling, as forests are shrinking. “The production also depends on good rains and weather conditions, which are becoming erratic,” he says. Unlike the trees of mahua (another minor forest produce that drives the rural economy of Chhattisgarh and Madhya Pradesh), which often flourish in villages, chironji trees are usually found in forests.

The trees have to be cared for to ensure a good produce. In Golawand, parasitic plants have attacked a number of chironji trees. “These must be removed to ensure the trees’ health,” says Shivnath Yadav, who runs a paddy conservation centre in the village.

Santdas Tiwari, a retired assistant conservator of forests gives another reason for the diminishing number of trees. “These days, people have become impatient and do not wait for the fruits to ripen. Often, they lop off branches instead of picking up fruits. They do this fearing that others will take away their produce,” he says. But the impact is that some of the fruits are still not mature, in many even the seed has not developed, leave alone the kernel, says Jain.

Ramdhar Baghel, a resident of Golwand, says people try to protect their trees as best as possible. Forest protection committees and village forest committees comprising 10-12 members have been formed in every Chhattisgarh village to safeguard not just chironji, but all minor forest produce. As an economically valuable forest produce, chironji takes over from where mahua leaves — it assures its collectors and growers income after the season of mahua collection gets over. Now, efforts are needed to ensure that the surviving chironji trees are not lost.