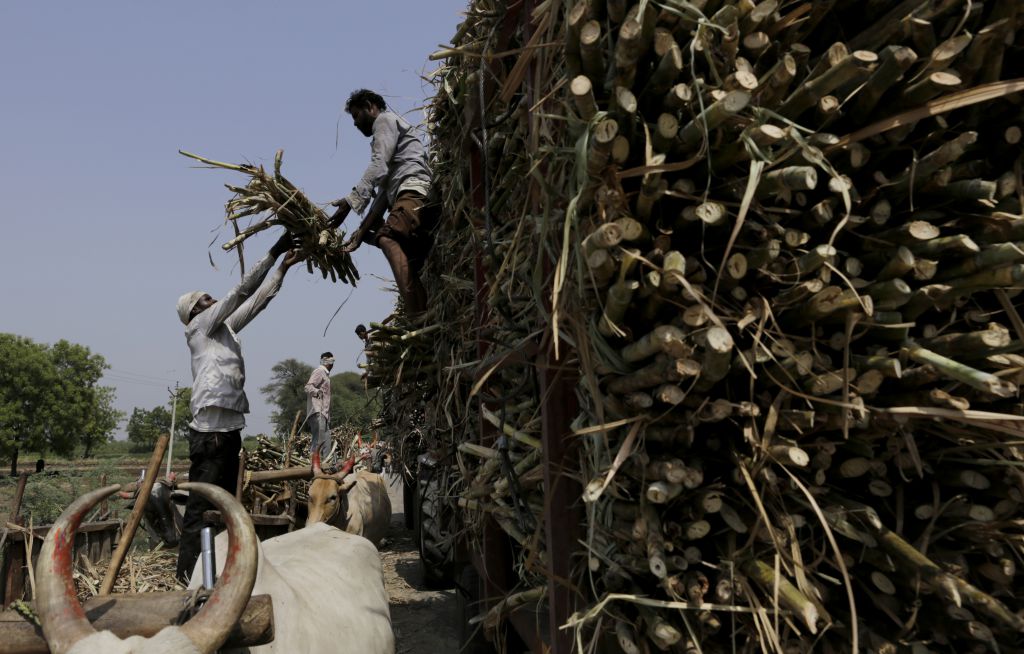 The dues were around Rs 24,000 crore at March-end, forcing political parties to promise to resolve the issue.

The Sugarcane (Control) Order, 1966 stipulates payment for cane within 14 days of supply. An interest at 15 per cent per annum is levied after that.

State governments are empowered to make mills pay interest on dues. No mill, however, has paid an interest.

Unpaid small and marginal farmers, meanwhile, fall into a debt trap, borrowing at high rate from local money lenders to fund the next season’s farming.

“I have to borrow at 30 percent per annum,” said Rishipal Choudhary who holds half a hectare in Balwa village in UP’s Shamli district. He is owed Rs 73,000 by a local mill.

Sugarcane is a highly politicised crop. Most mills are either owned or influenced by political parties. Nearly a third of the total 543 Lok Sabha constituencies are influenced by 724 mills and 50 million of cane growers.

Governments, however, have supported mills with soft loans up to Rs 10,540 crore, a minimum selling price of Rs 31 and export subsidies.

The Centre has also tried to diversify the sector, encouraging the production of ethanol from sugarcane juice by fixing remunerative prices.