Taro: In which you can eat both shoots and leaves

Taro, better known as arbi, is the fifth most consumed root vegetable in the world. But It may soon disappear from the earth due to climate change-led droughts 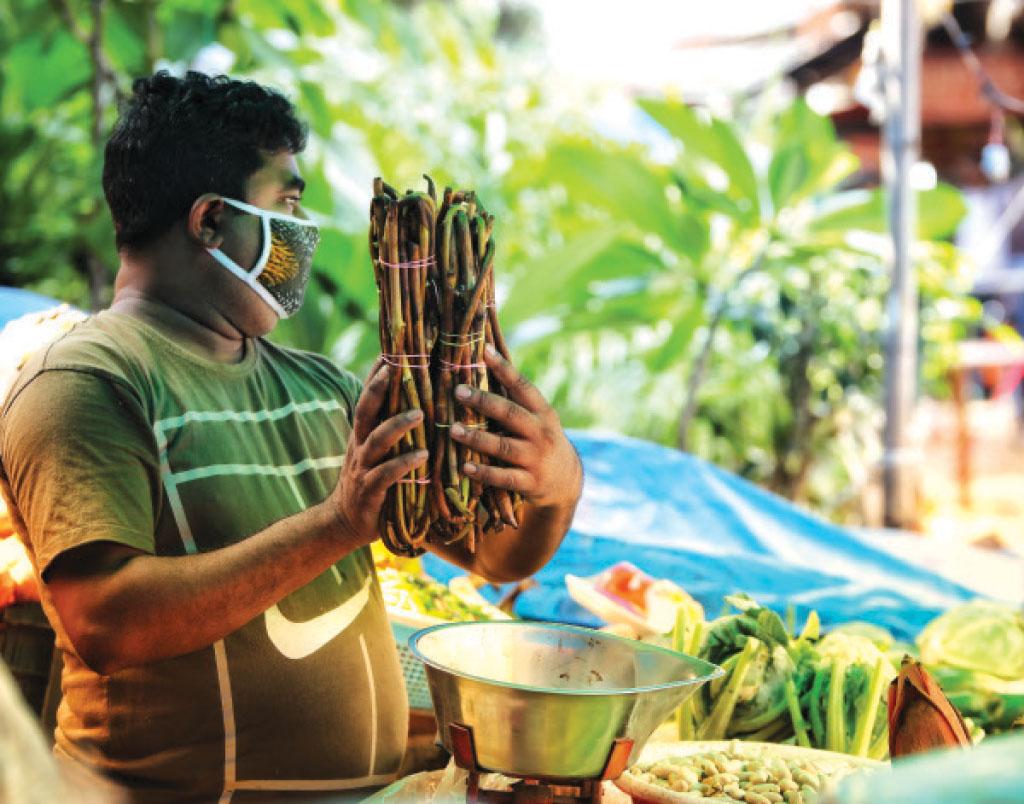 This is a vegetable that restaurants rarely serve, but is cooked quite regularly in Indian homes. Taro, or Colocasia esculenta, is prepared in each state in its own special way.

It is called arbi in Hindi, kochu in Bangla, chempu in Tamil, alu in Marathi, kesave in Kannada, chama in Telugu, chembu in Malayalam and venti in Konkani.

Its uniqueness lies in the fact that all its parts, from root to shoot, are consumed as each has its own distinct taste.

Taro, however, is quite difficult to handle as it makes the skin terribly itchy. This is caused due to the presence of calcium oxalate in the plant. To prevent the annoying itch, people apply generous amounts of mustard oil on hands before cutting the vegetable. This is fried on high heat in a little extra oil to eliminate chances of itchy throat or mouth when consumed.

Taro originated in Southeast Asia, somewhere along the Bay of Bengal, and perhaps for this reason it is quite popular in Bengali cuisines. Its tuber is cooked as a vegetable, while the leaves (kochur shaak in Bangla) and relished as a delicacy along with fish, mostly hilsa. The stolon, that creeping horizontal stem, is more fibrous than other parts of the plant and is called kochur loti (see recipe).

However, the leaves are consumed in varied ways across the country. Nagaland has perhaps the most novel way of cooking it — fermented dried leaves are powdered, turned to biscuits, dried and stored. These are later added to meat dishes. In Uttar Pradesh, people make patode, or fritters, prepared by spreading spicy chickpea paste on the leaves and then rolling them. These are steamed and then fried.

Taro is a great source of carbohydrate. Therefore, it is used in infant weaning diets and low glycemic index foods suitable for diabetics. Its tuber has starch molecules which are smaller than those of potato, corn and wheat and can be used in cosmetics and in pharmaceuticals as binders in tablets. Interestingly, the starch in taro’s tuber has the capacity to end the world’s plastic menace — it can be used to make plastic that degenerates over time.

Taro belongs to the Araceae family which has more than 100 genera; not all are edible. The two species of taro — Arum colocasia and Arum esculentum — were for the first time described by botanist Carl Linnaeus, considered the father of Botany. The genus Colocasia was established by Austrian botanist Heinrich Schott in 1832 and the two Arum species, both edible, were subsumed in it and renamed Colocasia esculenta and Colocasia antiquorum. The word Colocasia means edible in Latin, and is most used in India.

Among the earliest root crops cultivated, taro spread from Southeast Asia to China, Japan and the Pacific Islands. It then travelled westward to Arabia and the Mediterranean region and by 100 BC, it was being grown in Egypt. While it was taken to the east coast of Africa only about 2,000 years ago, it is cultivated the most in the continent.

Farmers like to grow it to fill the gap between seasonal crops and use it when food is in short supply. Another reason for its popularity is that it grows vegetatively and spreads profusely in suitable conditions. But the crop is water intensive and therefore, vulnerable to drought.

A study published in Emirates Journal of Food and Agriculture in 2020 says that drought conditions for seven months can reduce crop yield by 26.8 per cent. In 2000, Food and Agriculture Organization reported that taro was the fifth-most consumed root vegetable worldwide. Efforts are being made so that its cultivation continues even in changed conditions.

To understand its tolerance to long duration of drought, researchers studied 33 local taro cultivars in Portugal. Of these, two showed high yield even in drought conditions and could be used for breeding. Two others adapted well to drought but had low yield. The study was published the the hournal Notulae Botanicae Horti Agrobotanici Cluj-Napoca in 2018.

It estimated that production of the root crop is 10.5 million tonnes per year from the 1.4 million hectares cultivated. Japan and the US are major importers of taro while Australia and New Zealand are the biggest exporters.

However, in many parts of Australia, such as Queensland and New South Wales, the plant has been labelled a weed. It is listed as invasive even in Hawaii, French Polynesia, the Juan Fernández Islands, the Galapagos, the Kermadec Islands and the Marshall Islands, although it is cultivated in many other Pacific Islands. With climate change, we might lose this important food crop. Therefore, efforts must be made to protect the vegetable so well loved the world over.

This was first published in Down To Earth’s print edition (dated 1-15 October, 2020)