The bean stock: How to make dal val 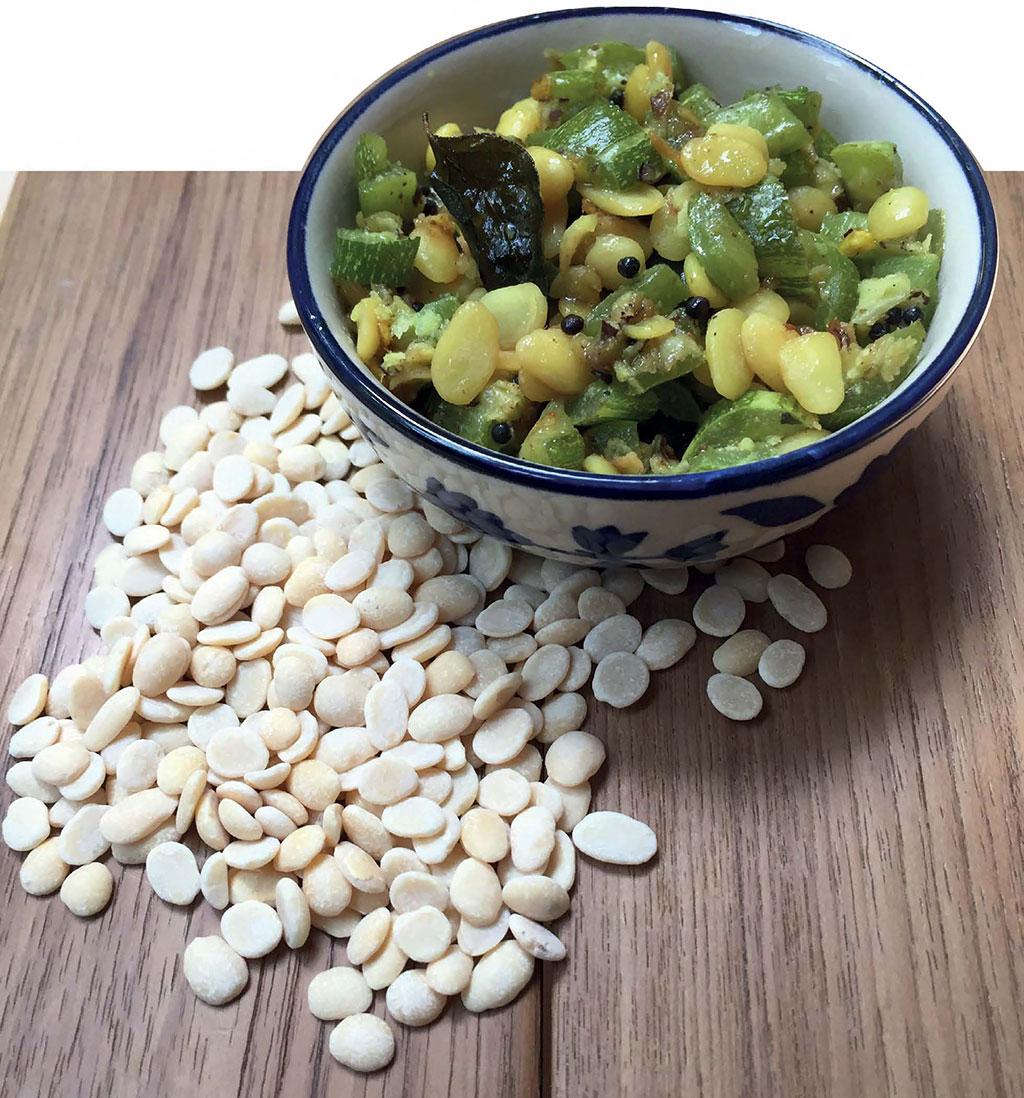 The legume is quite popular in the Konkan region and is used in dishes by the Bene Israeli community and Konkani Muslims (Photograph: Vibha Varshney)

As the countrywide lockdown kept extending, I was glad I had a stock of food ingredients collected from across the country to experiment with and add variety to the plate.

During a trip to Nagpur, Maharashtra, a couple of years ago, I had purchased a few unfamiliar legumes. Their local names were printed on the packets.

One had shiny, brown seeds of a legume called kadve val while another, called dal val, had cream coloured split seeds.

Kadve val is the seed of Dolichos lablab while dal val is the split form of the same legume. Popularly called field beans, this is a multipurpose crop grown across Karnataka, Tamil Nadu, Andhra Pradesh and Maharashtra.

“Kadve val has a distinct texture and smell,” says Saee Koranne-Khandekar whose recent book, Pangat, a Feast: Food and Lore from Marathi Kitchens, has a few recipes for this legume. She has shared a vegetable dish, padwal dalimbi, with Down To Earth (see recipe).

The split form, which is also called vaalachi dal, is often used as a substitute for sprouted legume in preparing usal, a thick curry made from the sprouts, onions, spices and curry leaves.

It can also be cooked with gourd or used to prepare aamti (spicy, sweet and sour dal).

The legume is quite common in the Konkan region, says Koranne-Khandekar. Konkani Muslims use these seeds and coconut milk to prepare a curry known as hiddi.

Members of the Bene Israeli community observe Birdyaancha Roja to mark the saving of Jews from persecution and consume a few raw beans to break the fast, following it up with a dish called birde which also uses the legume.

All parts of the dolichos plant can be consumed. While young immature pods are cooked like vegetable, mature beans are sprouted before being consumed or turned into split dal.

Young leaves can be used raw in salads and older leaves are cooked like spinach. Flowers are eaten raw or steamed. The large starchy root tubers can be boiled or baked.

The dried seeds need to be boiled or soaked in water for two hours before being cooked since they contain cyanogenic glucosides and can cause vomiting and convulsions.

Sprouting also reduces this toxin. Unfortunately, the first time I cooked the seeds, I was not aware of the toxins and cooked them without boiling, soaking or sprouting.

Fortunately, the extremely bitter taste limited the consumption. Later, I followed the correct recipe and enjoyed the mildly bitter taste. The reason behind my mistake was the confusion about the names of the beans.

M Byre Gowda from the department of genetics and plant breeding at the University of Agricultural Sciences, Bengaluru, has worked extensively on the legume and says the plant is known by hundreds of names.

Many different genus are clubbed under the common name field beans. To end the confusion, it is now called dolichos beans.

The bean is more popular in Karnataka than in Maharashtra and is called avarekalu.

Legend has it that the 12th century Hoysala king Vira Ballala II lost his way while hunting and came upon a hut where an old woman offered him cooked beans (benda kalu). He named the area Bendekaluru — town of boiled beans — which corrupted to Bengaluru.

Karnataka is also its major producer, cultivating about 90 per cent of the country’s bean. Till last year, a fair to promote the bean was held in Bengaluru, but the authorities did not permit it this year.

The bean is rich in protein and said to have anti-diabetic, anti-inflammatory and analgesic properties. It is also rich in iron and used to treat anaemia.

A study in the journal Nutrients in October 2018 says it can reduce symptoms of irritable bowel syndrome.

Another study in the same journal in September 2018 says it reduces obesity caused by high fat diet.

The plant also finds mention in Flora Indica by William Roxburgh, a Scottish botanist who worked in India under the East India Company. He describes its seven varieties, of which five were cultivated and two were wild.

There are two schools of thought on the origin of this plant.